At long last, it’s really happening. KBS will be making its move from a seasonal release to a year-round release beginning March 2020! 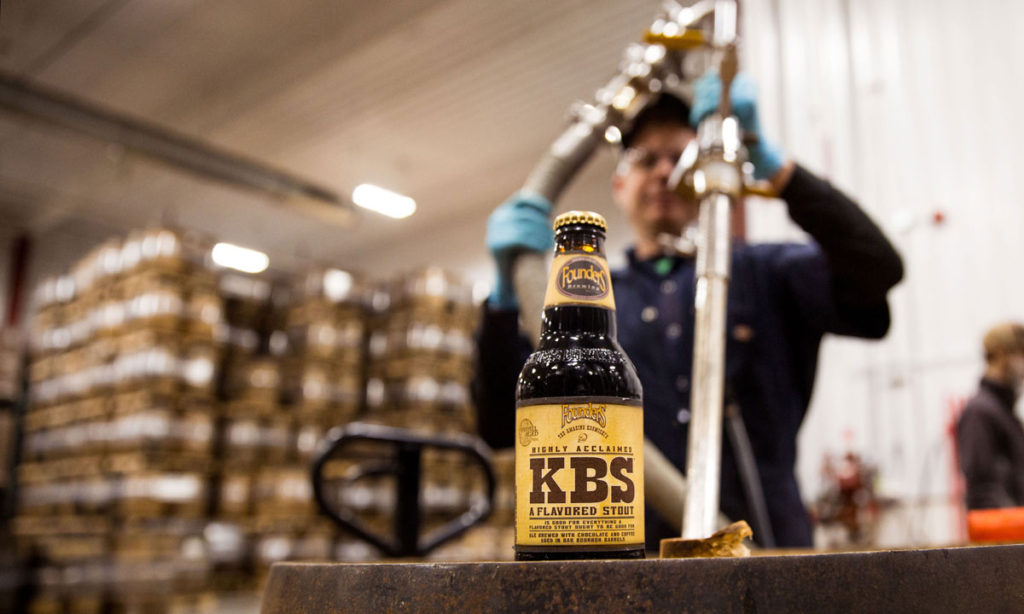 As you might know, we launched KBS in the taproom back in 2003 (learn more about the history here) and it developed a cult-following over the years within the craft beer community. As our brewery grew, so did the demand for KBS. As a result, our barrel program expanded to one of the largest in the nation to accommodate that demand.

KBS (12% ABV) is an imperial stout brewed with massive amounts of coffee and chocolate before aging in oak bourbon barrels in caves beneath Grand Rapids and at our offsite barrel-aging facility, the Barrel House. 2020 KBS will be available in 4-packs of 12oz bottles and on draft beginning on February 28 in the Grand Rapids and Detroit taprooms. It will ship out to our entire distribution network in early March 2020 and will be available year-round. KBS will not be available on draft in Utah or in any format in Mississippi.

KBS is the third release in our 2020 Barrel-Aged Series, which will feature a lineup of seven different beers throughout the year, including Más Agave and the return of Underground Mountain Brown.

Stay tuned for more information on other releases in the 2020 Barrel-Aged Series throughout the year!