When we opened our doors in downtown Grand Rapids, MI almost 21 years ago, we made a commitment that all would be welcome in our taproom, no matter class, race, gender or sexual orientation. Beer brings people together and we wanted our taproom to reflect that.

Though we’ve grown a lot over the years, inclusivity and diversity remain as two of the core principles of our company and help drive the decisions we make as a business and as a partner in our community. 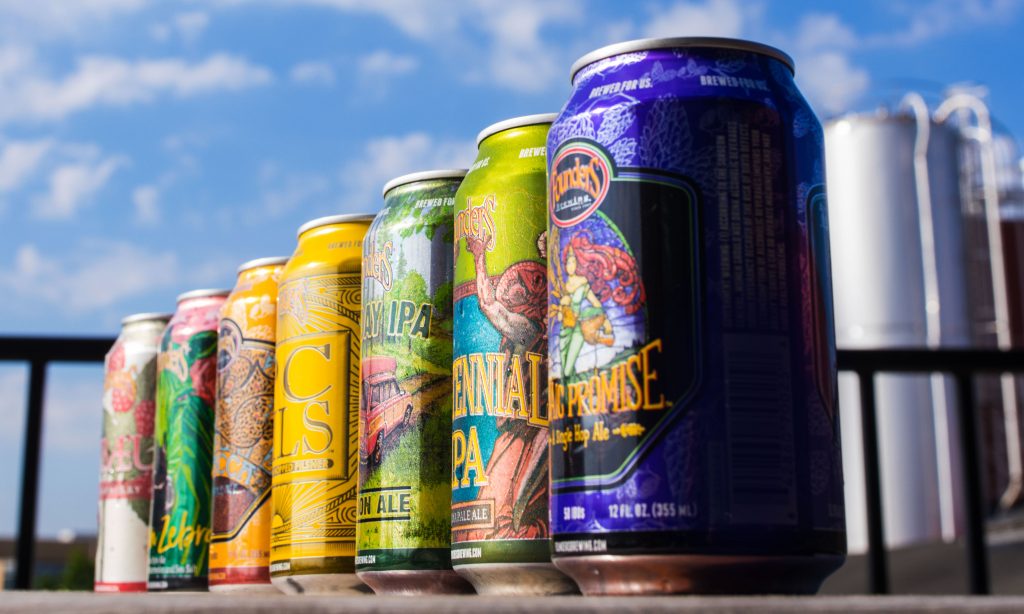 We’re proud to be an ally to the LGBTQ community and a sponsor for this year’s Grand Rapids Pride Festival. In its 30th year, the festival takes place in downtown Grand Rapids on June 16 and proceeds go to support the Grand Rapids Pride Center. A little bit of history on the center:

Since the Lesbian Gay Community of Western Michigan nonprofit (“The Network”) opened its doors in 1988, they have been a source of information, support and progressive thinking, in an effort to create a community of equality.

It’s amazing how much has changed in the last 30 years. So many historic moments, like in 1994 when a Grand Rapids City Commission recognized ‘gender orientation’ as being protected by the civil rights guidelines, or the 2015 Supreme Court ruling in favor of same-sex marriage legalization nationwide!

As we continue to push for equality for all people from all walks of life, it’s an honor to work with and support the Grand Rapids Pride Center. In honor of Pride Month, we encourage all of you to take a moment to think of, to honor, and remember those who have been lost to hate crimes, or those who have been unjustly ostracized from their families or friend groups for being their true selves.

Love is a powerful force, let it guide your thoughts and actions toward others. Together we can, and we will, create a better world.

And remember, always have Pride in who you are!

Cheers!
-Your friends at Founders and the Grand Rapids Pride Center

Learn more about our corporate giving platform, The Big Pitcher.

Linkedin
« A Brief History of Centennial IPA
Madrid Beer & Music Fest Recap »
« Previous Post
Next Post »
We use cookies on our website to give you the most relevant experience by remembering your preferences and repeat visits. By using this site, you agree with our use of cookies. Learn More
Cookie SettingsACCEPT
Manage consent