Dave and I have always considered our taproom the heart of the brewery, the place where the Founders culture and spirit is most alive, the thing that consistently reminds us of why we embarked on this journey in the first place. It is there where titles are checked at the door and you can rub elbows with some unlikely characters (and find you have more in common with them than not). It is a place where a love of great beer, delicious food and a good time is all that’s needed to enjoy. It’s our home and all are welcome in it.

We have a strong love for our hometown of Grand Rapids, but more than anything, we’re Michiganders with a strong love and commitment for our beautiful state. Out of that commitment comes our decision to open a second taproom location in Detroit and let our fans on the east side of the state experience the something special that takes place in our taproom day in and day out. 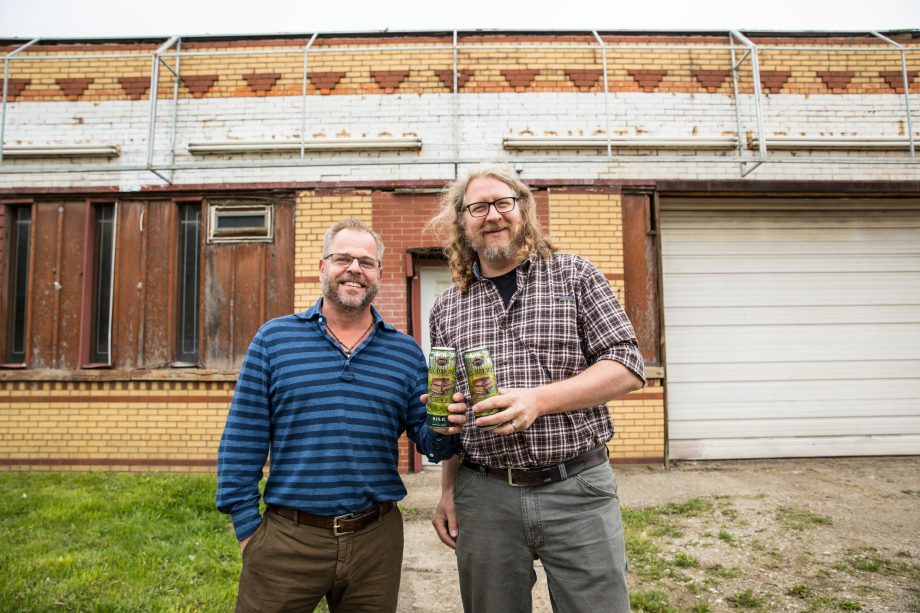 The city of Detroit and Founders have a lot in common – we hit rock bottom and we bounced right back. It took years of hard work, tenacity and a regret nothing attitude, but we did it and we see those struggles reflected in the struggles and ultimate triumph of Detroit. And the people that live there? Tough-as-nails, industrious, culturally diverse, passionate and incredibly vocal about their love for Founders. This taproom is for them.

Our taproom will be located in the lower Cass Corridor neighborhood, an area rich with history and ripe for a turnaround. It will be within walking distance to sports arenas, music venues and more. In fact, it is directly behind one of Detroit’s oldest and most storied buildings, the Detroit Masonic Temple, which is one of the most popular venues in the city.

We’re not looking to build a carbon copy of our home-base taproom here in Grand Rapids. There are few other cities who know who they are as much as Detroit does and we want that confidence and attitude to inform the feel of our Detroit taproom. While we’re still in the process of developing menus, building design, layout and logistics, we expect there to be some parallels, but without the cookie-cutter franchise feel.

Construction will start this summer and we aim to open next winter. Here’s to the next chapter in Founders history – we’re sure it’s going to be a good one.

Q: What are we doing?
A: Strengthening our commitment to our beautiful home state of Michigan and opening a 14,000 square foot second taproom facility in the lower Cass Corridor neighborhood of Midtown, Detroit, MI.

Q: Why are we opening a taproom in Detroit?
A: Our commitment to our home state of Michigan was established long ago and we intend to continue fulfilling it, even as our reach elsewhere increases. We have toyed with the idea of opening another taproom for years now and, when finally moving forward, it was a no-brainer choosing Detroit as the city to host it. Not only do we have tons of fans on the east side of the state, we also have a personal history and love for Detroit. Both our Culinary Director and Vice President of Retail Operations hail from metro Detroit and have long been petitioning that we deepen our roots there.

While our Grand Rapids taproom is and always will be home to us, we feel it is important to spread the Founders love and allow even more of our fans the opportunity to experience drinking from the source themselves.

Q: When are we doing this?
A: Construction should start in summer 2017, with the grand-opening taking place sometime in winter 2017.

Q: What will the taproom experience be like?
A: We are in the initial planning stages so there is not much information to share at this point, but we will keep you all updated as the project progresses.

Q: Will the taproom be modeled after the Grand Rapids taproom?
A: The Detroit taproom will certainly take inspiration from the Grand Rapids location, but it isn’t intended to feel like a duplicate of it. We recognize and appreciate that Detroit and Grand Rapids, despite being in the same state, have a number of distinctions and our intention is to celebrate and embrace those. Every effort will be taken to ensure that the Founders culture represented in the Grand Rapids taproom comes through just as passionately in our Detroit location.

Q: Will we brew at this location?
A: Yes, we plan on brewing at this location and will create beers unique only to it. In addition to those, we will also offer our year-round, seasonal and specialty beers on tap as well. Our Barrel-Aged Series beers will be on tap depending on availability.

Q: How are we staffing this location?
A: We will open up a select number of positions internally to our current staff however the vast majority of jobs will be new hires and filled locally – we anticipate over 100 new jobs total. This process will extend from summer 2017 through winter 2017.

Q: How will this impact the local economy?
A: Not only will the presence of this taproom create jobs in Detroit, we anticipate it will drive in more traffic to the lower Cass Corridor neighborhood. Located adjacent to arenas and music venues, the location is already seeing the beginnings of revitalization and we strive to be at the forefront of it. Our Grand Rapids location helped to spur the revitalization of the downtown neighborhood it is located in and we anticipate the same will happen in the lower Cass Corridor.

Q: What construction company are we working with?
A: We have not selected yet, however that process will start soon.

44 Comments on “We’re Headed to Detroit!”