We are happy to announce the spring run of Brewed for Film: A Film Series. 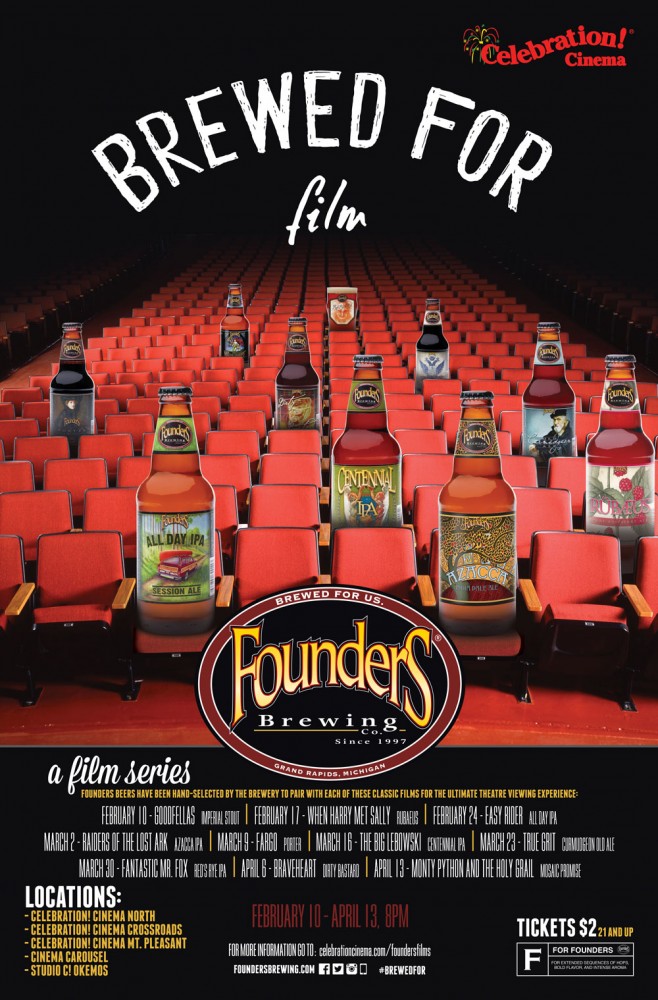 This ten-week series, for those ages 21 and older, is on Wednesdays at 8pm and tickets are just $2 per movie. Multiple Founders beers will be on tap at the in-theatre cash bar. Each film will have an official beer pairing for connoisseurs seeking the full experience.