Each fall our home city of Grand Rapids hosts ArtPrize, an open art competition decided by public vote and expert jury.  162 locations throughout the city, including our Taproom, display works of art by artists from across the world.  More than $50,000 is awarded to the winning artists each year.

We’re thrilled to present work by six artists here in our Taproom. A look at the work of these talented individuals:

Arista is a Michigan native currently living and working in Durango, Colorado. She creates large-scale image transfers on found materials ranging from linoleum to plexiglass. 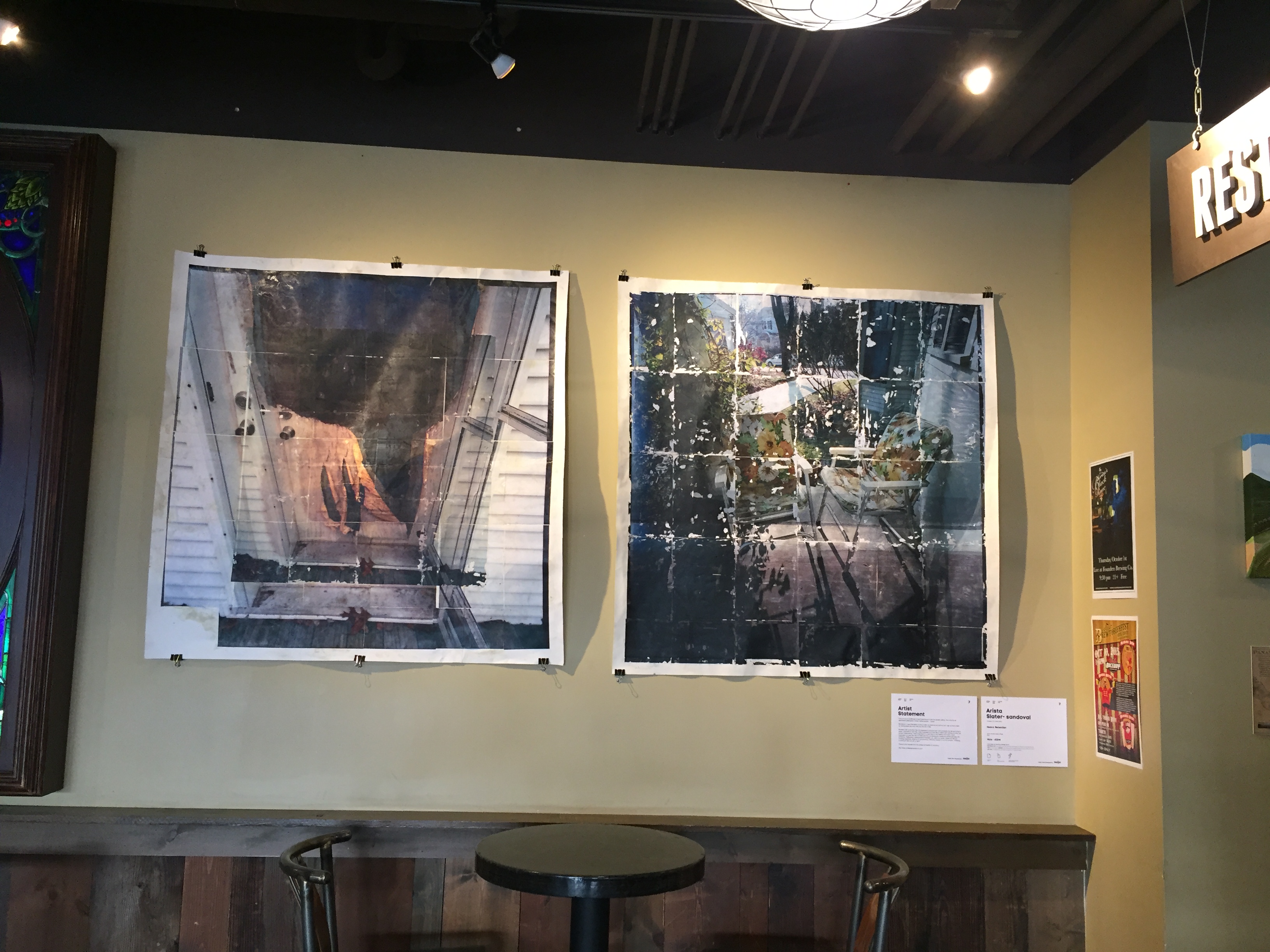 Katy is an undisputed Grand Rapids staple, like furniture or Mr. Burger, but with the added advantage of being able to shoot awesome photos. One can often hear her infectious, raucous laughter echoing against the buildings downtown as she photographs an outdoor concert. Katy’s work is just as energetic as she is, almost jumping off the film, ready to come to life. 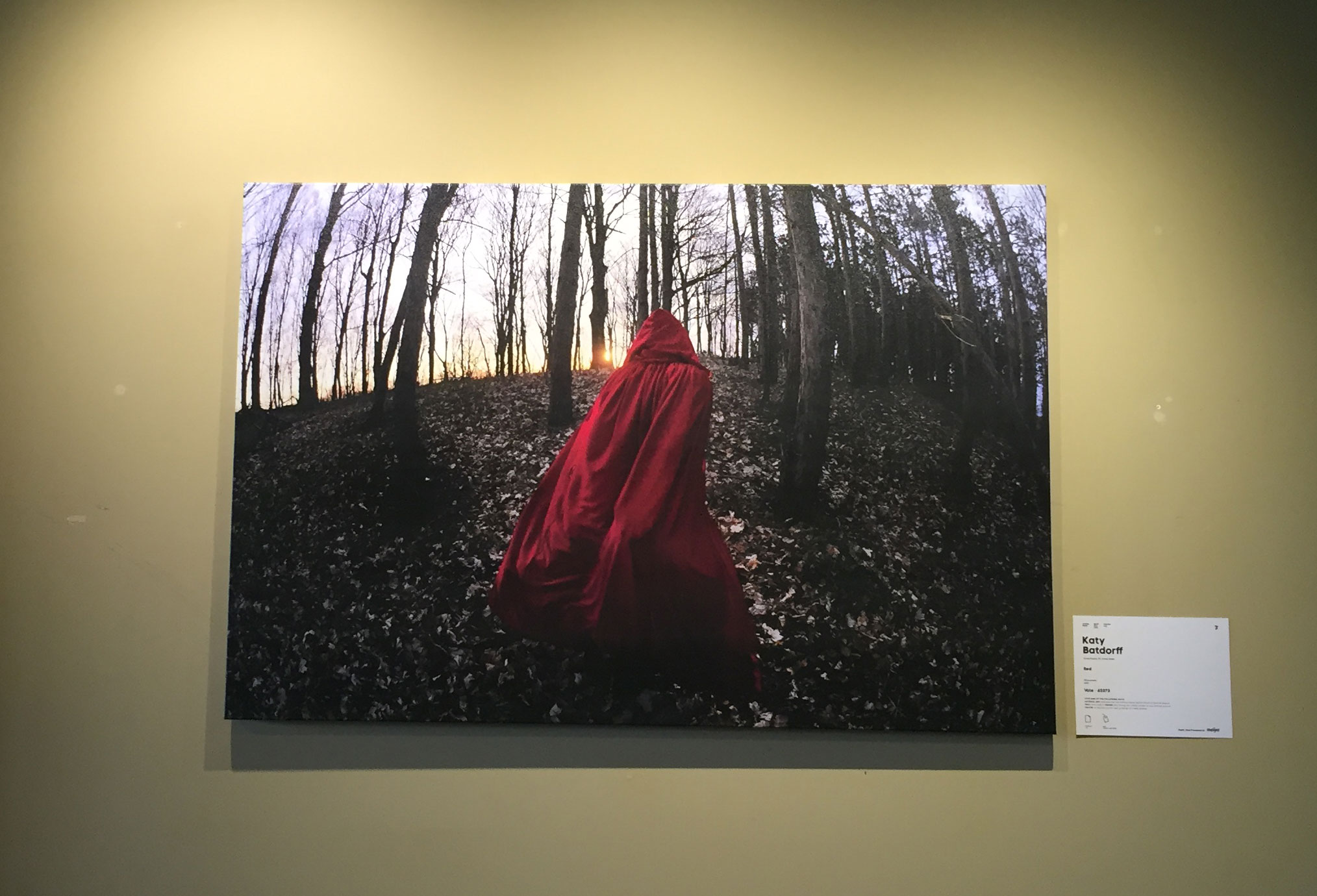 MaryJo is a Grand Rapids native currently living and working in Lowell, MI. Working primarily with acrylic/water paint, she enjoys experimenting with unique surfaces to display her nature-inspired images. 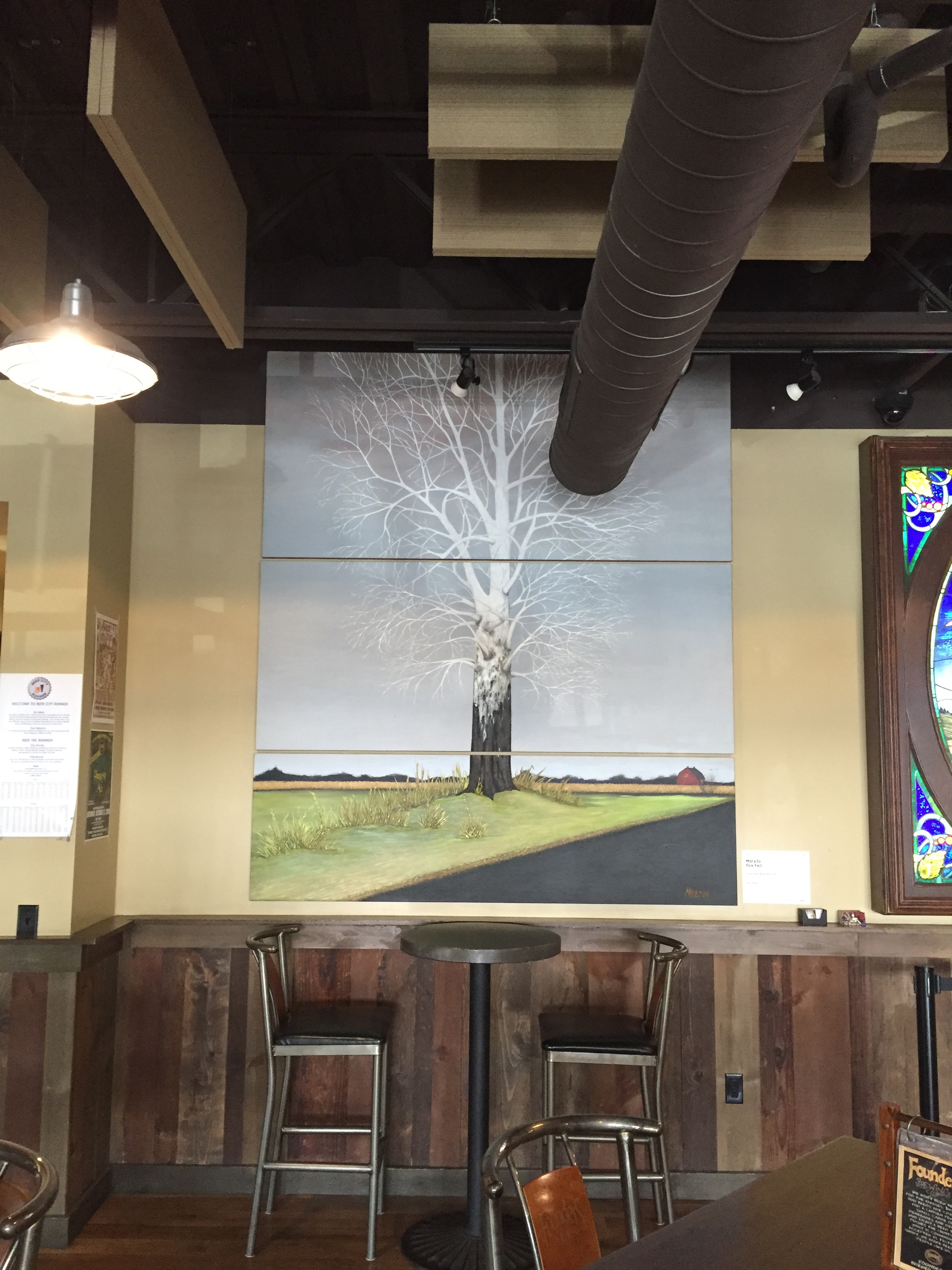 Daniel hails from Phoenix, AZ, but currently lives and works in Ypsilanti, MI. His six-painting series of oil-based work combines traditional Panamanian patterns combined with traditional Western forms of representation to illustrate the historical importance and ecological diversity of the Panama Isthmus. The result is a visually striking series that also educates the audience on a part of the world they may know little about. 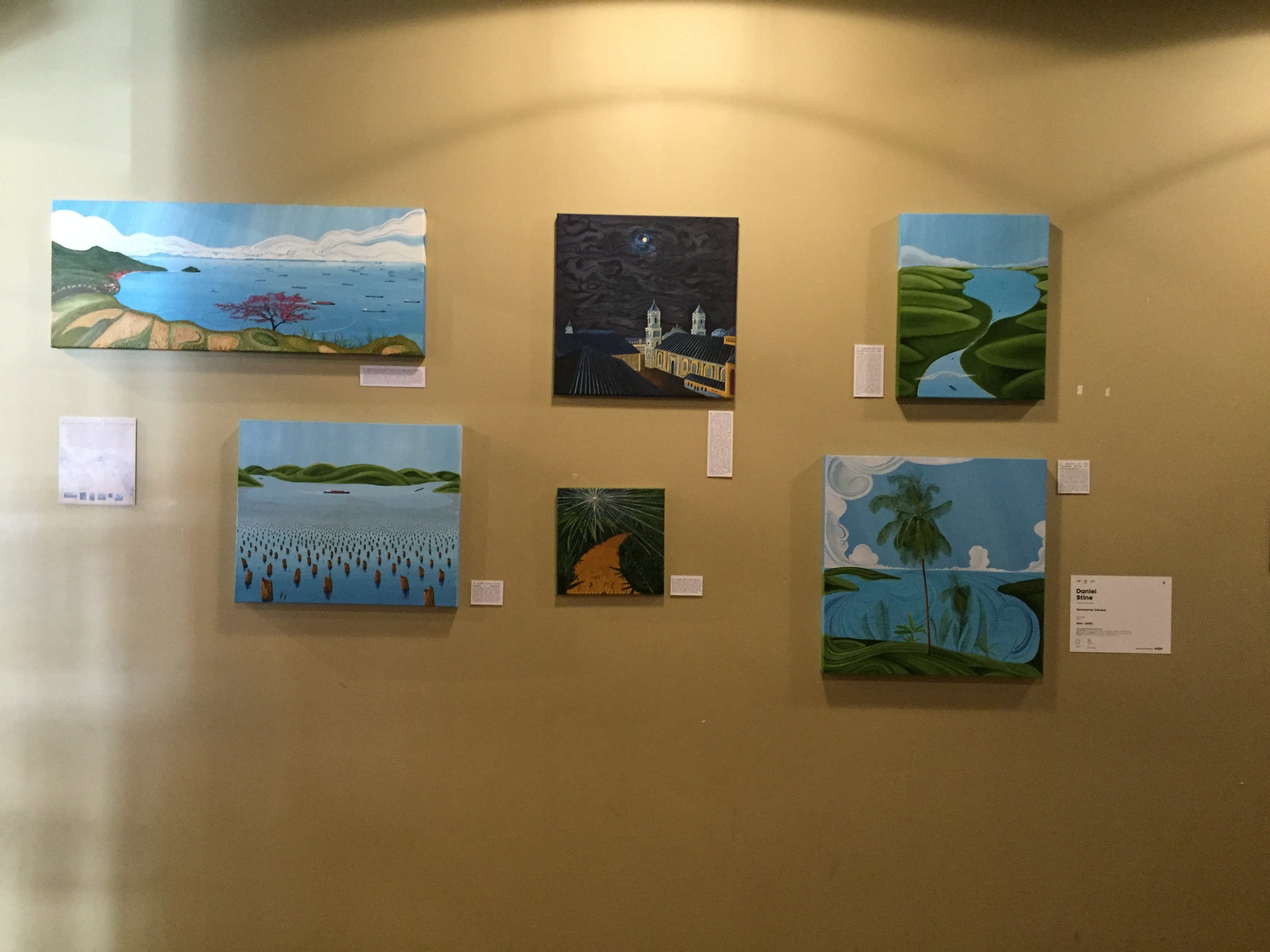 Josh lives and works in Grand Rapids. From a young age, Josh has had a passion and drive for artistic pursuits. His current work features sharp, graphically-dynamic images created with acrylic and spray paint on wood 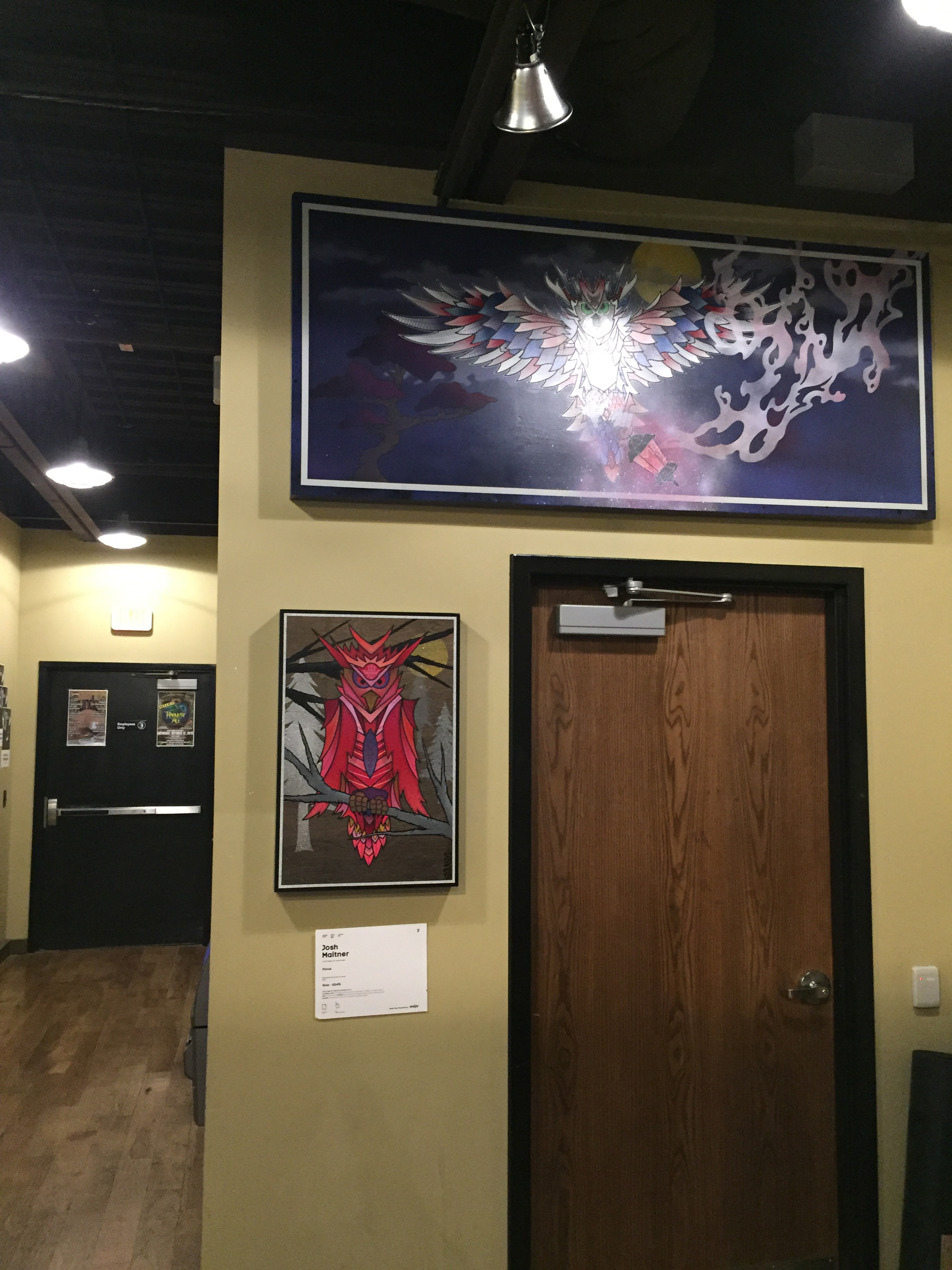 Nuel is a Chicago native who moved to Grand Rapids at a young age and has not strayed far since. Working out of his local studio, he creates stunning, visceral pieces out of traditional and non-traditional mediums alike. 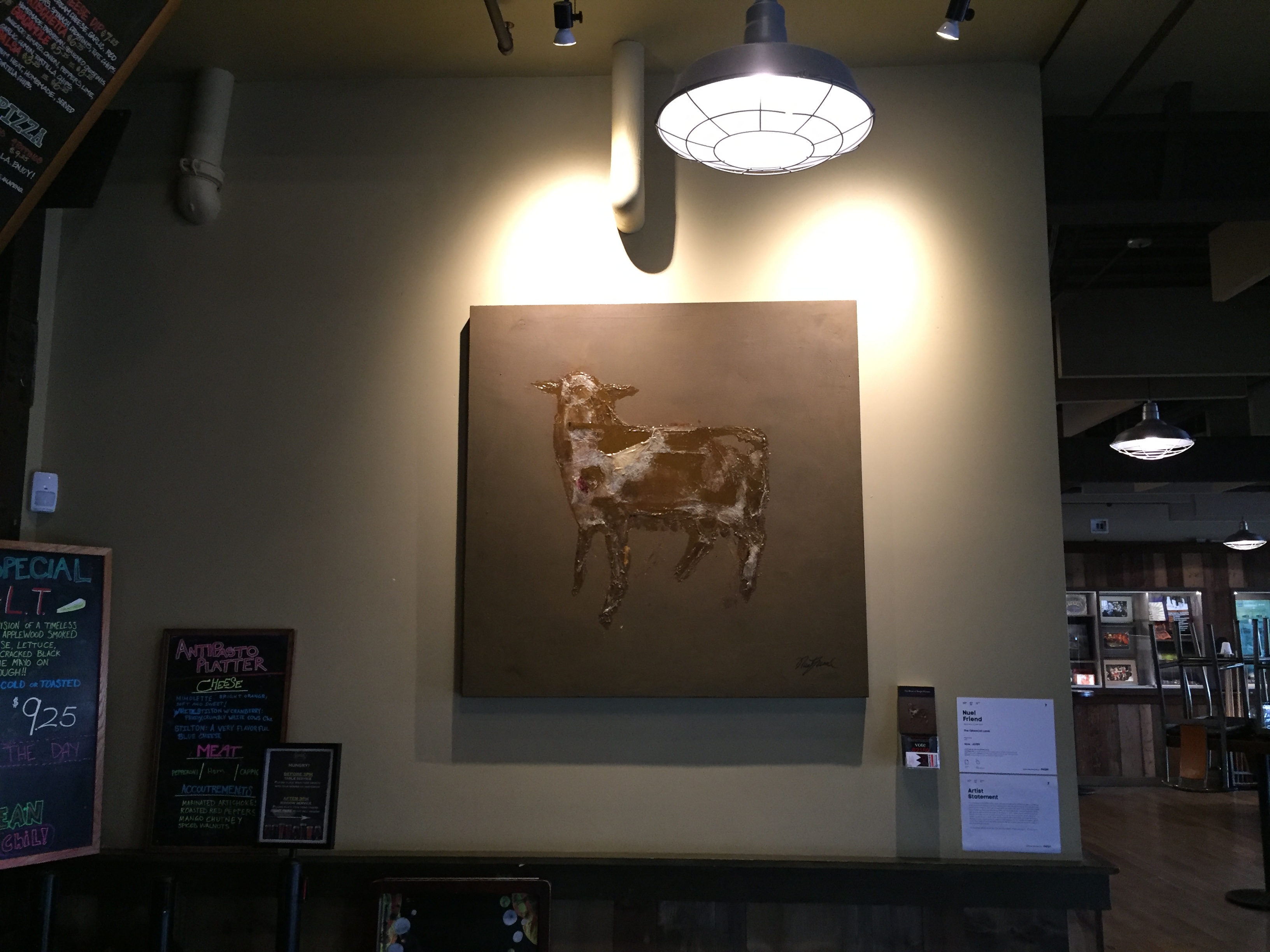 Come down to the Founders Taproom during ArtPrize to check out their incredible work!

Linkedin
« Spectra Trifecta: The Inspiration Behind the 2015 Founders ArtPrize Beer
Breakfast Stout Spotify Playlist »
« Previous Post
Next Post »
We use cookies on our website to give you the most relevant experience by remembering your preferences and repeat visits. By using this site, you agree with our use of cookies. Learn More
Cookie SettingsACCEPT
Manage consent