All Day IPA Is Now a Seasonal Offering

As we welcome in Stout Season, we will soon be saying “so long” to our new friend All Day IPA. But this isn’t goodbye. All Day IPA will be released across our footprint beginning on March 1, 2013. 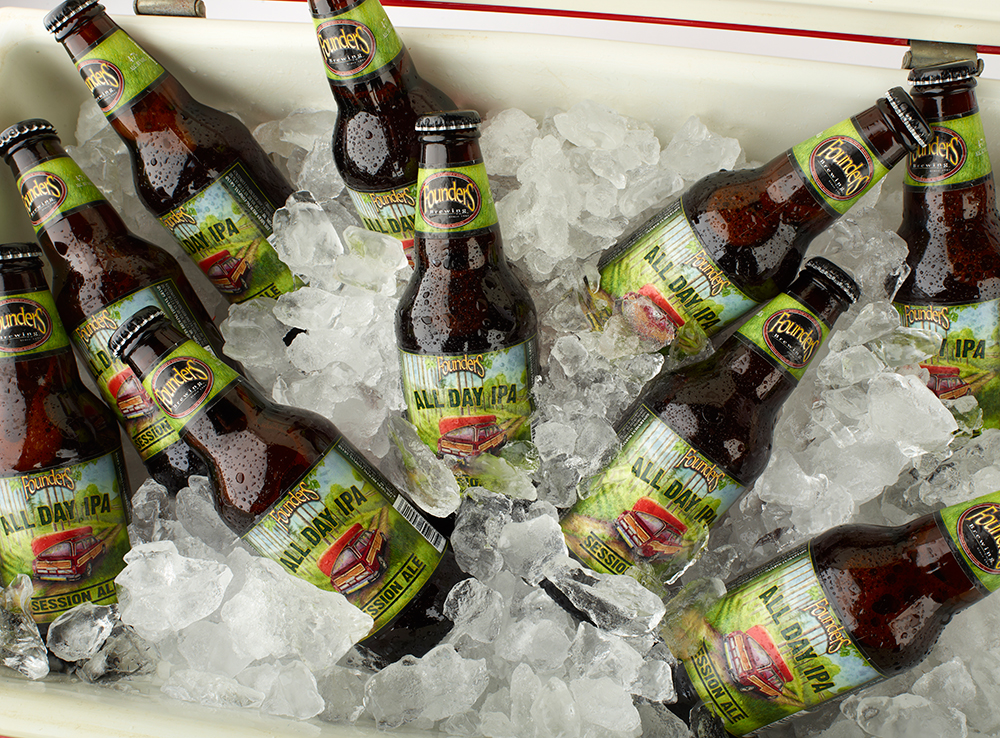 When we first launched All Day IPA in February of this year, we were limited by a hop shortage and could only brew enough to distribute it to our home state of Michigan, along with Ohio, North Carolina, and Chicagoland. Based on new contracts, we will not have the same constraints on production of All Day IPA in 2013 and will be able to release it to all of our markets for the first time.

As we move forward, our seasonal lineup will transition between Breakfast Stout in the cooler weather months (roughly October through February) and All Day IPA in the warmer weather months (March through September). The former “seasonal” beers, Double Trouble and Cerise, will be added to our updated specialty four-pack series, joining four other beers with two months of availability each. Our full 2013 availability calendar will be announced soon.

Referring to the lineup change, President & CEO Mike Stevens says, “It just made sense. Beers like Double Trouble and Cerise have ingredient limitations; they fit into our brewing schedule more smoothly as specialties. And All Day IPA has always felt like a warm weather beer to us. We’re excited to get it to more people in 2013.”

All Day IPA will be available through the end of September 2012 in Ohio, North Carolina, and the greater Chicago area. Our last couple of batches were brewed for our home state, where you’ll be able to find the beer through October.

Linkedin
« This Is Stout Season.
Furniture City Stock Ale Brewed in Celebration of the Grand Rapids Public Museum Beer Exhibit »
« Previous Post
Next Post »
We use cookies on our website to give you the most relevant experience by remembering your preferences and repeat visits. By using this site, you agree with our use of cookies. Learn More
Cookie SettingsACCEPT
Manage consent