At that time, Rubaeus was well-known in the taproom and enjoyed both internally and by our customers. A light-bodied raspberry ale that tiptoed on the edge of sweetness – it proved to be a good gateway beer for those whose tastes leaned more towards wine and cider. So, when approach Blushing Monk, Nate and Jeremy took Rubaeus, added four times the number of raspberries, fermented it with a Belgian yeast strain and, boom, there they had it, Rubaeus’ older sibling, Blushing Monk. Of course, we can’t give away all the differences between the two – don’t want to give you all of our secrets. 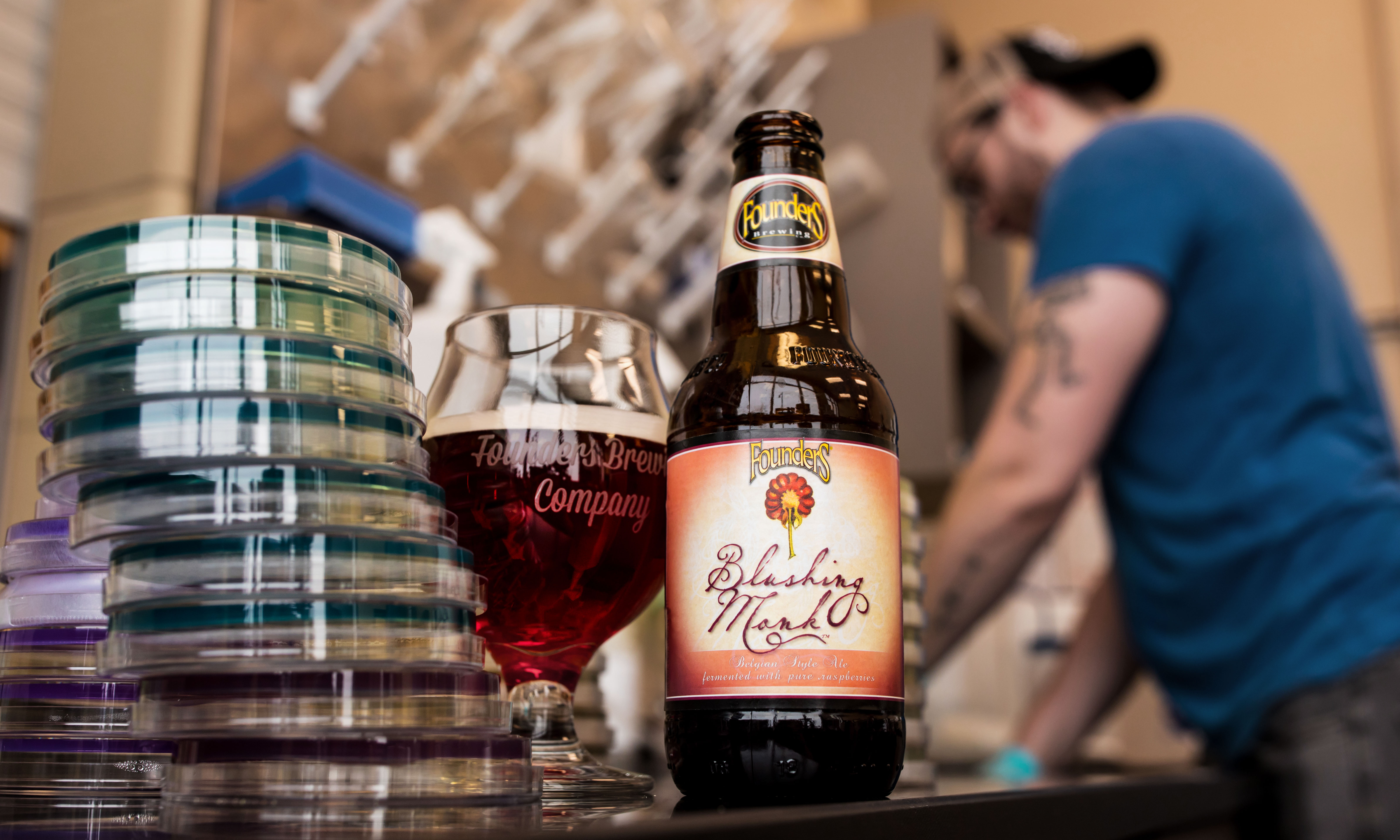 Nate and Jeremy picked out a Belgian yeast (which needed to be able to tolerate high alcohol nicely) because they thought it needed something else to give it a little bit more character. They thought the esters and phenols would complement the raspberries nicely, which they did being that esters give off a fruity aroma where phenols give off a spicy aroma. Both complemented the fruit perfectly.

More on the yeast strain (can’t talk about this beer without talking about the yeast): it’s an aggressive yeast – and if cross-contaminated in any way – it can ruin the rest of our beers that were in contact with the yeast. Flash-forward to brewing Blushing Monk now – it’s a lot less stressful thanks to our kickass Microbiologist and our whole Quality team. Shout out to them! They’re dedicated to yeast management which makes everyone feel a lot more confident knowing they’re rigorously testing every batch so no problems fly under the radar. According to Jeremy, “We didn’t brew Blushing Monk as much in the beginning because we were all worried about messing up the beer and the brewery. We lost sleep over it.”

In 2006, we decided to package Blushing Monk for the very first time. And we did it by hand, which was a riot, but also a super-tedious process. We had never done that before and haven’t since. We’d do two bottles at a time by hand, cap them with a homebrew capper and stick the label on. It took so long that eventually we had to keg off the rest of the tank and then fill all the bottles from the kegs because we only had one bright tank at the time. Folks (by folks, we mean around 10 people total) were working around the clock. They’d come in for their shift, then tag out roughly 12 hours later and so on. Jason Heystek, our current VP of Planning, Packaging, Inventory and Logistics, still recalls listening to Parliament with his buddy “Wild Bill” at maximum volume during the infamous bottling project and the other tenants who shared the building would complain about the ‘loud music all night long.’ We’ve certainly come a long way. 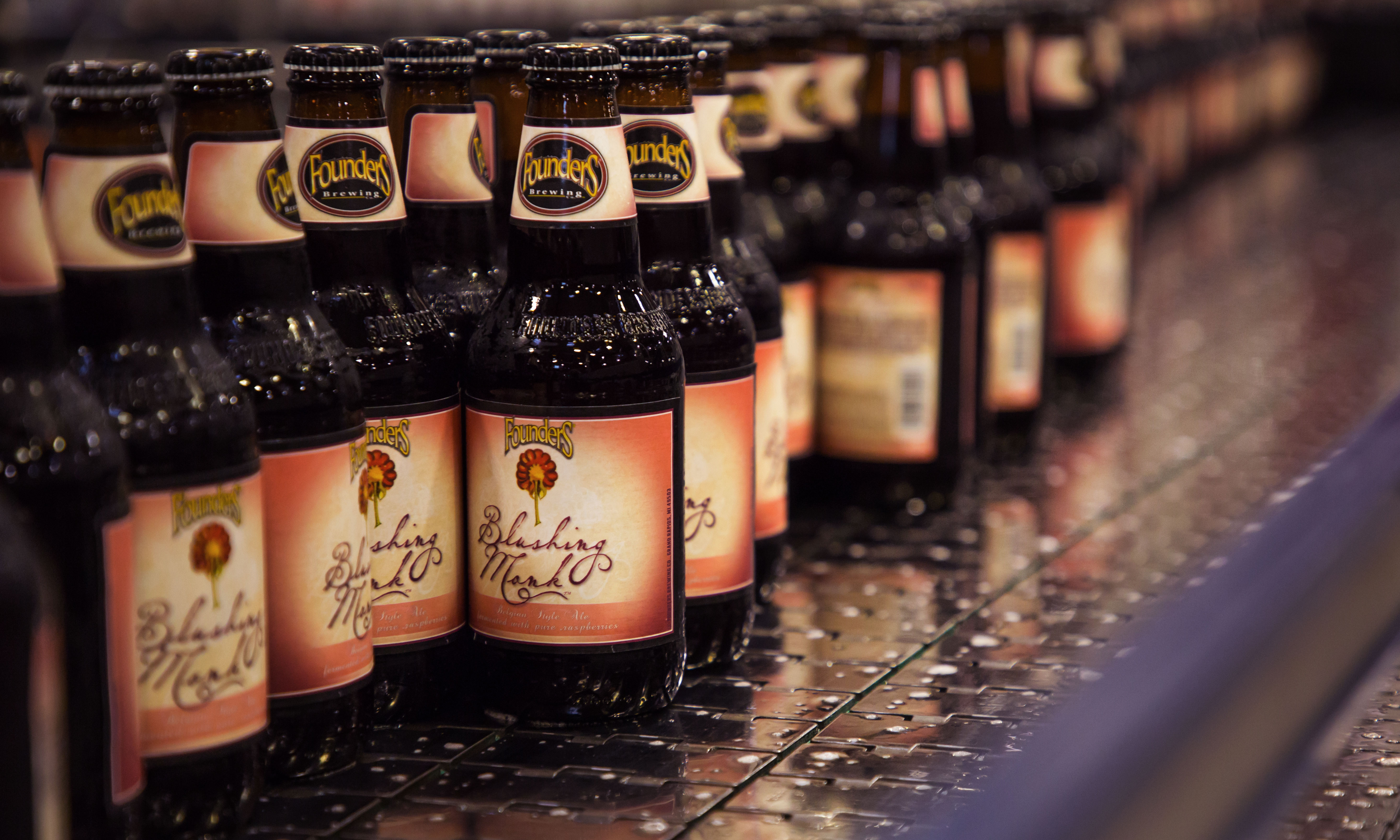 All in all, Blushing Monk couldn’t happen without the skills of our quality team – we’d be lost without them. So, next time you crack one open, make sure to toast their efforts to make sure that yeast is contained.

Blushing Monk is available throughout the month of February in 4-pack bottles. You can use our beer finder or download our mobile app to search for it near you.

Want even more history? Check it out:

3 Comments on “A Brief History of Blushing Monk”