A Brief History On Why Founders is Called Founders

Ever wonder why Founders is called ‘Founders?’ Years and years (and years) ago, when Mike and Dave decided to open up a brewery, their first step was securing a location. They had their eye on a historic building in downtown Grand Rapids, MI and, after speaking with the property developer, they learned some interesting information about the space.

The building was located on what was known as Monroe Ave on the North end of downtown Grand Rapids. The property developer was petitioning the City to change the name of Monroe to ‘Canal Street’ in an effort to rebrand the area. It only made sense considering Monroe Ave. was at one point in history referred to as ‘Canal St.’ as it runs the course of the Grand River which snakes through downtown GR. 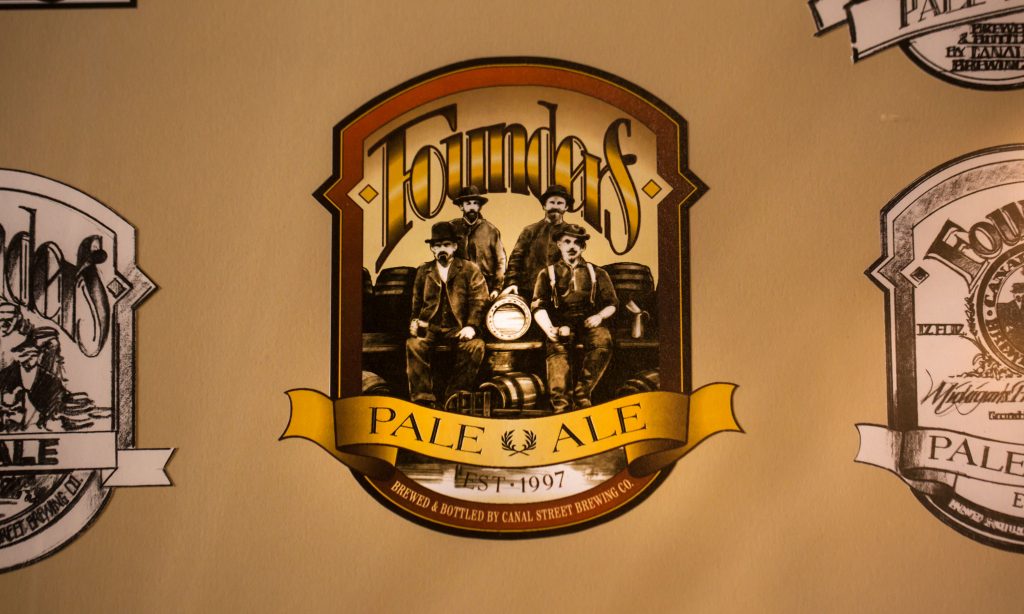 We decided to move into the building (first tenants, in fact) largely due to the fact that 1) it was a sweet old building and 2) the tax abatements the City granted us for moving into a ‘renaissance zone.’ The history spoke to us and we incorporated our brewery as ‘Canal Street Brewing Co.’ Next came the branding for our beer – we thought it needed something a bit punchier than ‘Canal Street Brewing Co.’ So, Mike and Dave headed to the library and scoured the historical records for classic Grand Rapids brewing lore. 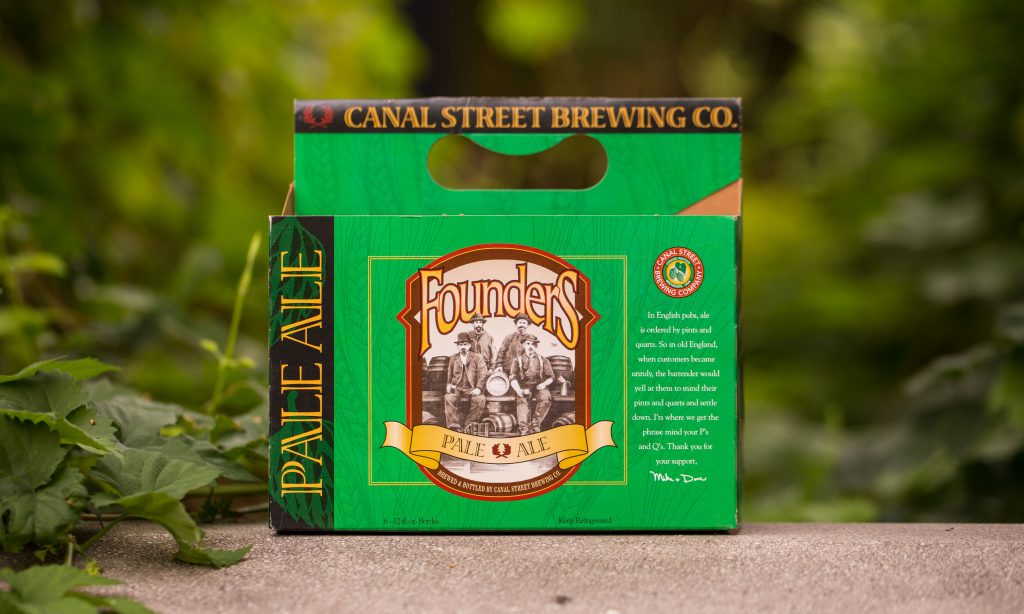 As it turned out, Grand Rapids had quite the brewing culture prior to Prohibition (not unlike many American cities). Mike and Dave found records of a variety of brewery names from ‘Furniture City’ to ‘Grand Rapids Brewing Co.’, but they ultimately decided on a simpler term: ‘Founders.’ They wanted to pay homage to the original brewers who “founded” the brewing tradition in the city. ‘Founders Ales and Lagers’ was born.

After a couple years of branding our beer as ‘Founders’ but having the name ‘Canal Street Brewing Co.,’ we realized our consumers were a bit confused. They’d head to the store looking for Canal St. only to leave empty-handed because our branding was so ‘Founders’-heavy (check out the photos). We decided to change the name around the year 2000 and from that point on have been known as ‘Founders Brewing Co.’ Interestingly, our incorporated name is still ‘Canal Street Brewing Co.’ and serves as a reminder of where we started and the history that inspired us so much.

The imagery on that classic packaging? It depicts mid-19th century brewers from Grand Rapids! 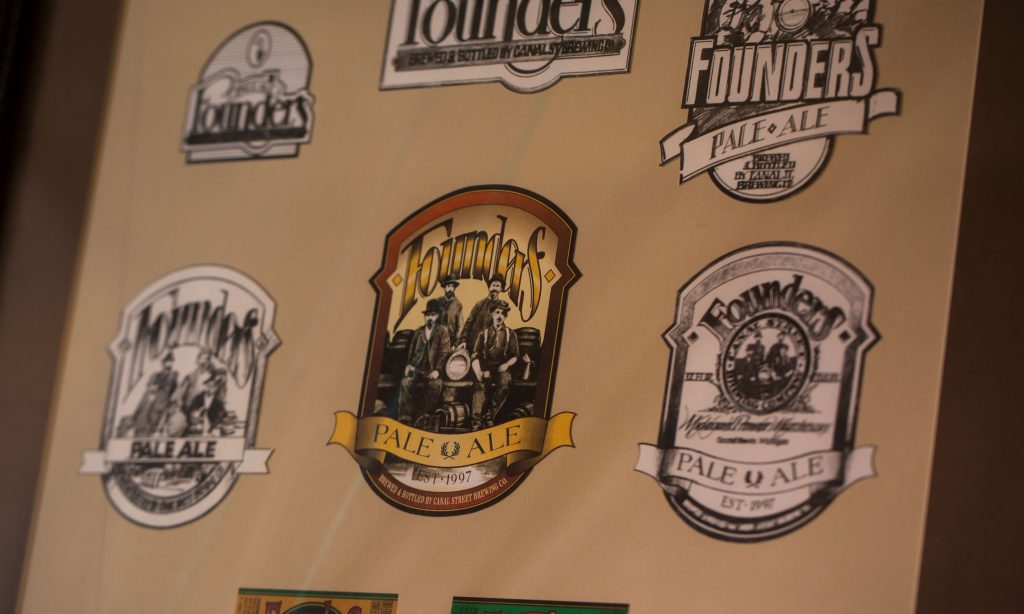