A Brief History of KBS

Hey everyone, Jeremy here to share some knowledge – ahem, beer knowledge – with you. KBS season is officially in full swing and I thought some of you might be interested to hear about where and how it all began. So, grab a KBS, pour it in the appropriate glassware, take a sip, settle in and enjoy…

Back in 2001 (17 years ago?!), Founders was located in small, rented space in a building called the Brassworks building in downtown Grand Rapids. I had just moved up from packaging to brewing (Nate Walser was our head brewer at the time) and were brewing beers like Dirty Bastard, Breakfast Stout, Red’s Rye and Centennial IPA. One day, our pal Tom Griffin offered us a couple of bourbon barrels and Nate and I thought, “Why the hell not? Let’s throw some Breakfast Stout in ’em and see how it turns out.” 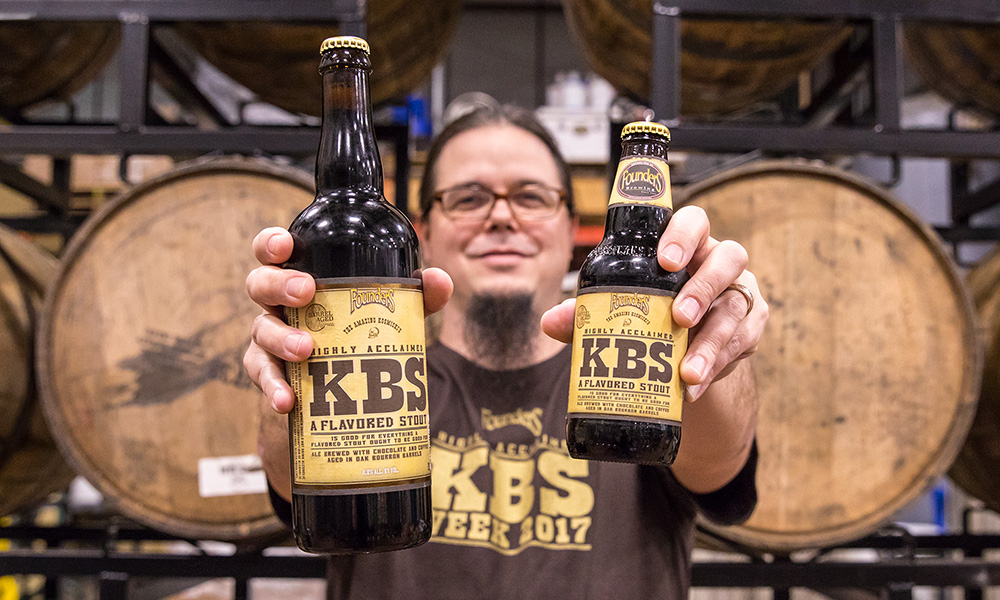 The result was good but we thought we could do better. So, back to the drawing board. Next, we created an imperialized version of Breakfast Stout through basically upping the malt bill, the coffee and the chocolate.

When we pulled this batch out we knew we had something special.

So, we put Kentucky Breakfast Stout on draft in our taproom – this must’ve been around 2003 (a couple of experimental batches before we landed on the best one). The response was, well, it was good. Not overwhelmingly positive like it would eventually become, but good. People really liked it, but it was expensive and that deterred a lot of our customers. This was the time where craft beer was still really, really small and there were not a lot of breweries doing anything like this. So, there was also that factor – people just didn’t know that they liked bourbon-barrel aged stouts (yet). We were there to show them they did, in fact, like them. 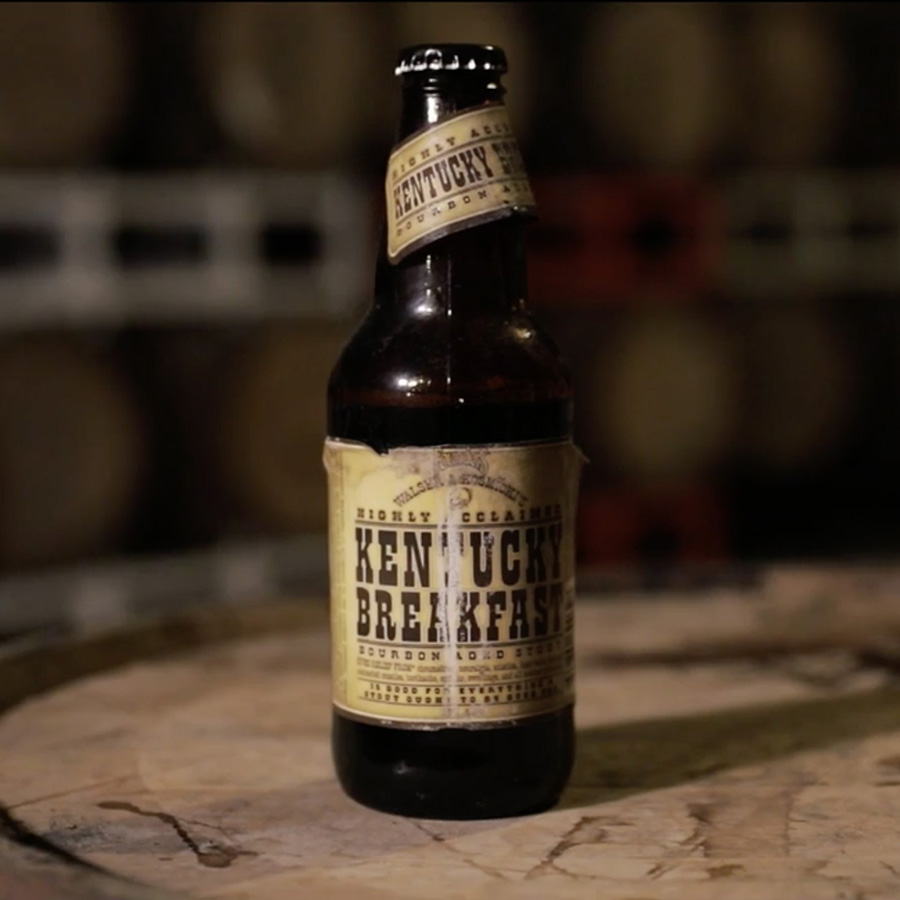 We bottled a small run and put them up for sale in our taproom coolers. The few cases we had took quite a while to sell. Again, expensive and unfamiliar. But, we loved making it, so year after year, we continued to do so. And year after year, its popularity grew.

Fast-forward to 2006, and Kentucky Breakfast Stout had become a household name as a “unicorn” in the craft beer forums. People would anticipate the annual release – always, to this day, during the ides of March – and would come from all around the Midwest to our location on Grandville Ave. to try to snag some. At that time, we only sold it out of the taproom and it became a regular occurrence to see lines form outside of the taproom on the release day.

It was around this time we had to change the name officially from “Kentucky Breakfast Stout” to “KBS.” You know, legally. Hence the current branding. Apparently, if something isn’t made in Kentucky you can’t imply that it is on your packaging.

A line here and there was no problem for our taproom to manage, but it was probably around 2010/2011, where we realized we were out of our element, so to speak. We had about 300 cases of KBS bottles to sell on release day and there was a line of easily close to (if not more than) 1,000 fans wrapped around our building. The limit was one case. The numbers didn’t add up. There would be a LOT of devastated fans. And there were. So, we agreed to change the process going forward and it was the year following where we adopted a ticketing system. 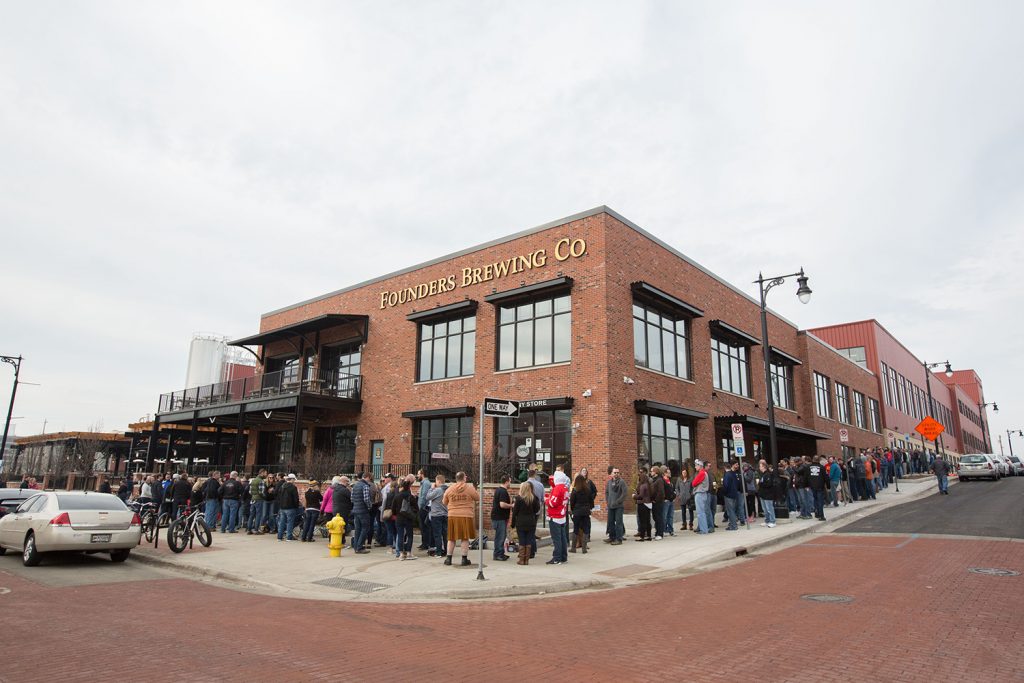 It was shortly after this where we launched KBS Week and turned the release into a week-long celebration in our hometown of Grand Rapids, MI. Participating bars and restaurants get an opportunity to tap kegs of KBS ahead of the taproom release party.

We never really intended for KBS to become the behemoth it is today. In fact, it’s kind of a pain in the ass to brew, so it would make our lives a lot easier if it had been a flop 17 years ago. Joking aside, it is humbling to see how the craft beer community elevated this beer to the status it is today and the fact that we can now bring it to our fans all around the world makes it even more special. 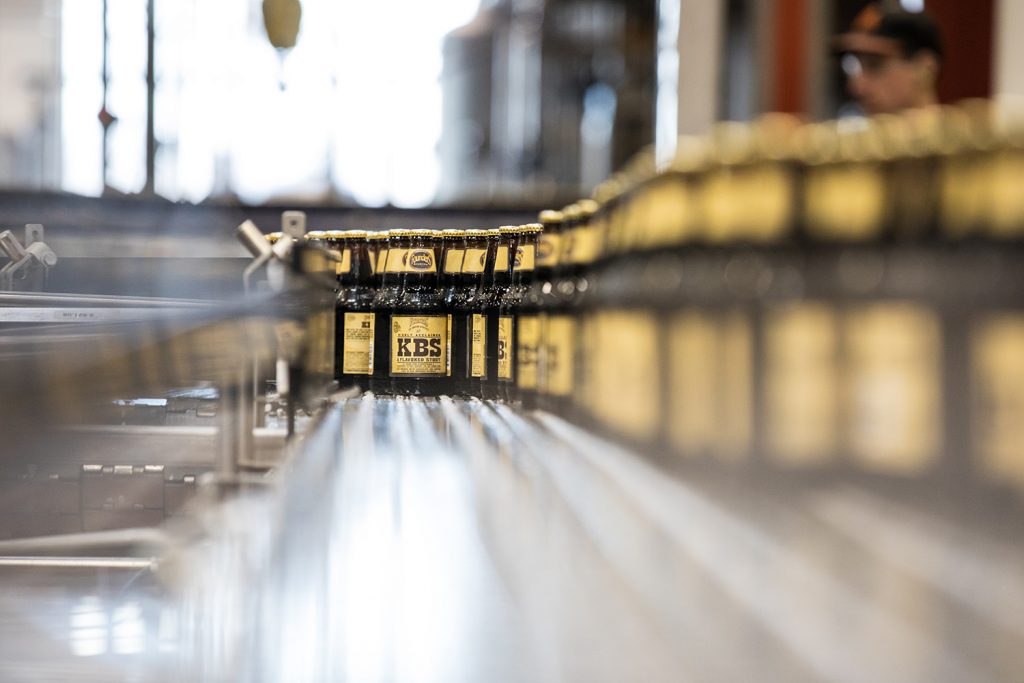 5 Comments on “A Brief History of KBS”