For the first half of my career at Founders, we survived without a flagship brand (aka a beer that everyone identifies as yours and drives the volume of your production). In fact, we not only survived, but found ourselves growing, albeit at a slower and steadier pace than we would’ve liked. This was a bit of an anomaly in the olden days. Most growing breweries were riding the success of their flagships. In fact, many breweries were founded with the intention of a single brand would eventually carry their success. Founders’ volume was carried by a pretty even split between brands like Pale Ale, Dirty Bastard and Centennial IPA, while brands like Breakfast Stout and KBS were helping to create a buzz. That all changed when All Day IPA came along in 2012. 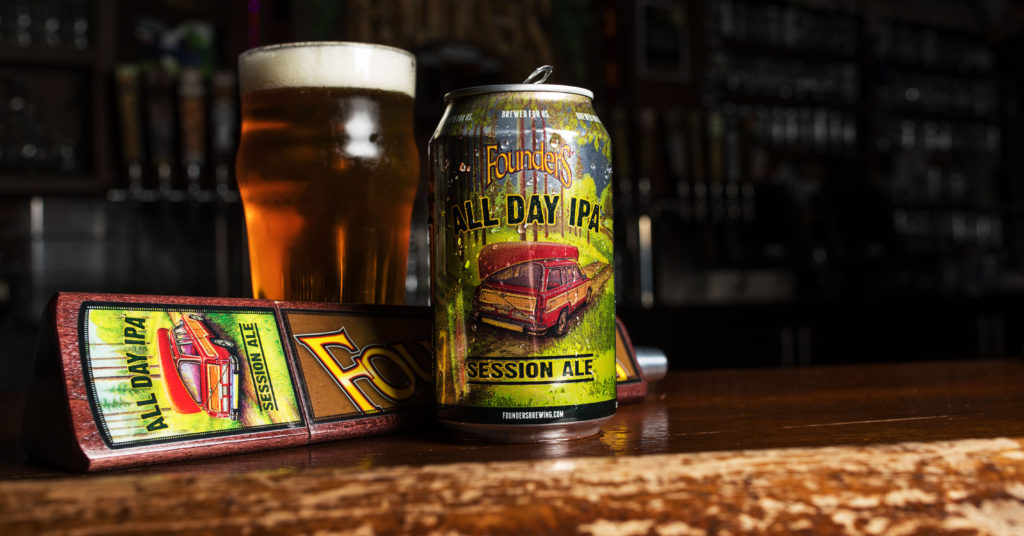 To introduce a brand that almost instantly became half of our production was certainly taxing on our production schedule and capacity, but put us in a really good spot. Until then, we had developed credibility by having a full and solid portfolio. The Founders brand had legs. All Day IPA at a time when people (like me) really needed something like it. A beer that delivered the hop character that we had come to love, but with a lower ABV. As with most Founders beers, balance is the key to All Day IPA’s crushable nature. It has just enough bitterness with the malt flavor to carry it, while still letting the hop flavors and aromas shine through. 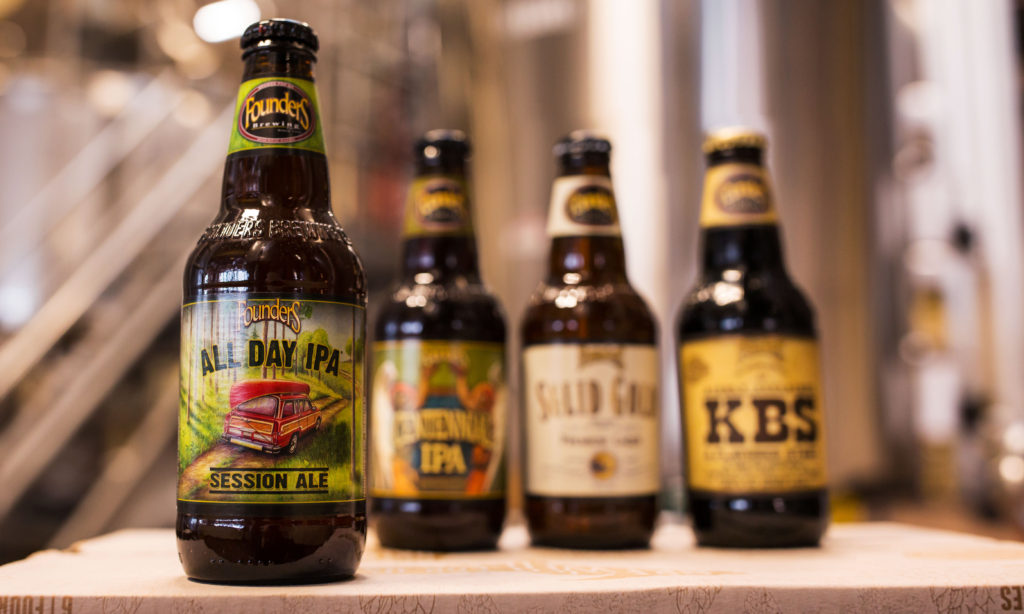 All things must pass, but I have a hard time believing that a beer like All Day IPA – a clean and easy drinking, hop-forward ale – is going to fall out of fashion any time soon. Beer drinkers will certainly want to keep trying the latest and greatest beers from the coolest new breweries, but All Day IPA is the kind of beer that people can always keep in their fridge or bring to a high-volume drinking occasion. And, in this day and age where it’s hard to even keep up with all the new brands on the shelf or draft list, it’s nice to celebrate those flagship brands that helped build our industry. I mean, they’re flagships for a reason – high quality and consistent products that appeal to a large number of drinkers. So, here’s to those long-lasting standards!

Now, get out there and buy some! Our beer finder can help.

3 Comments on “#FlagshipFebruary is Here!”