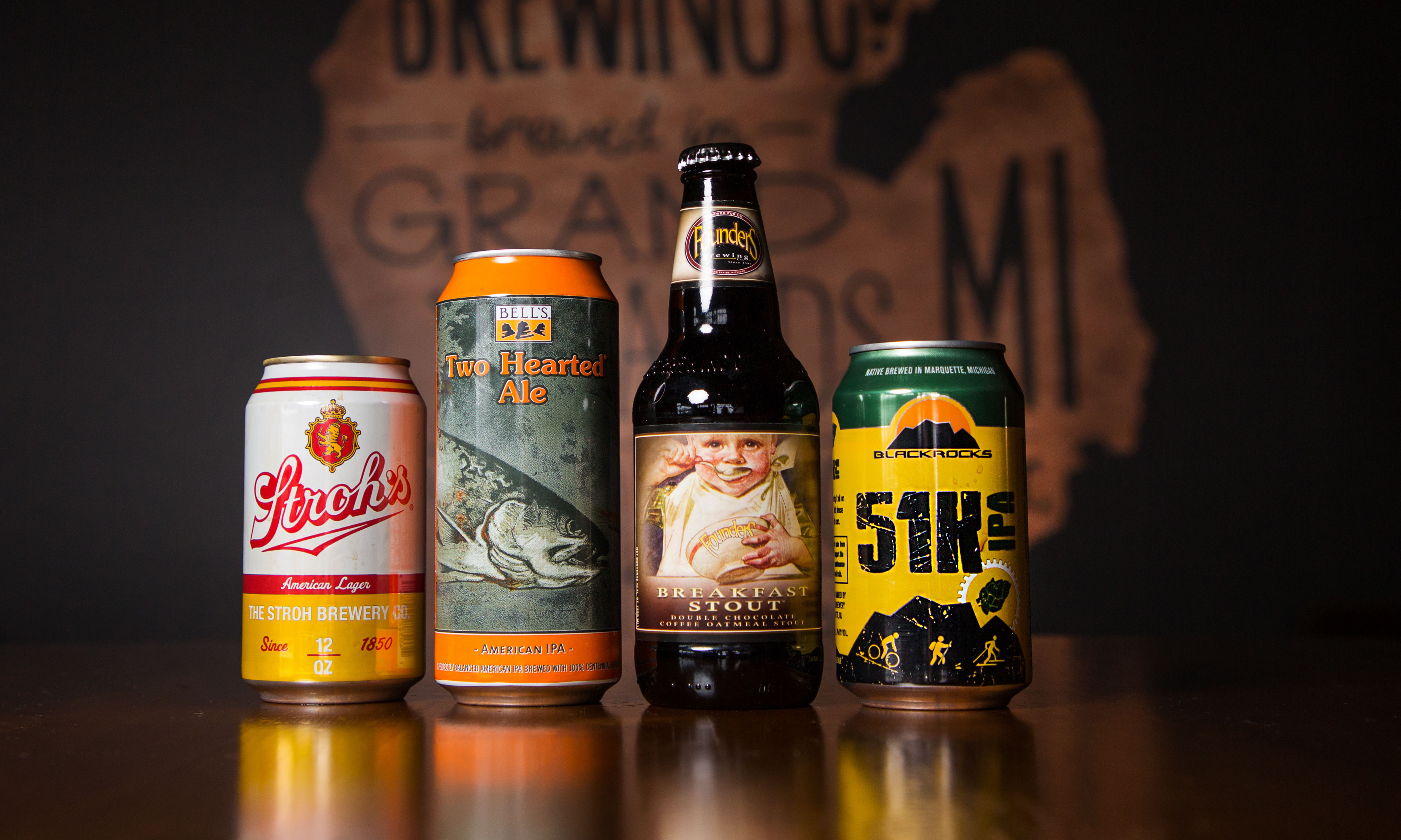 Our hand-shaped state is turning 182 on January 26, and, to celebrate this monumental birthday, we thought we’d share some of the Founders Family’s favorite things about the Mitten!. A travel guide, if you will. We’ll start with the beer (because, c’mon”):

As you can imagine, a lot of our favorite Michigan beers are Founders beers. At the top of that list is Red’s Rye – the hands-down employee favorite. Why? Well, according to Kate, “it’s the grapefruit aromas, light malts and just the right amount of bitterness!” Our Education Manager, Marklyn, says it’s “unique, much like the high-five state of Michigan” and John puts it best: “uh… it’s amazing.” Find Red’s Rye on draft near you here.

One non-Founders beer that made the cut (no surprise here): Bell’s Two-Hearted Ale. As Jason, our VP of Planning, Packaging, Inventory and Logistics puts it, “Well, it’s the damn standard, isn’t it? If anyone says anything different, they are lying.”

Michigan has a lot of parks and everyone has their favorite. Check out what some of ours are:

Top of the list is Northern Michigan’s Sleeping Bear Dunes. As our CEO and Co-Founder, Mike Stevens says, “I’ve always been drawn to water and this is about the best view you can get.”

Other parks that can’t be beat include:

Porcupine Mountains – our Graphic Designer, Jordan, says “When you get to the Porcupine Mountains, you step into a wilderness unlike any other in the state of Michigan. This park makes you feel small and offers the opportunity to truly get off the grid and find that peace and quiet that you long for. One of the greatest displays of fall colors that this state has to offer.”

Luton Park – VP of Marketing, Sue, says “While Pictured Rocks is epic, I love that we have great local parks with trails for biking, running and hiking. Because there are several loops off the main loop, you can easily vary your distance and get “lost” without truly getting lost. I love running amidst the trees and across the streams, and how the trail and scenery morphs with each season.”

Saugatuck Dunes – Communicationss Manager, Cecca, says “It’s stunning, hikes are second to none, I was married there and I love it.”

Lake Harbor Park – Promotional Manager, Luke Sass, says “Lake Harbor Park was a gift to the city of Norton Shores from a wealthy family. It sits on the Mona Lake Channel, has miles of untouched beach, and is free to visit!”

Tunnel Beach  – Samantha, Key Accounts, says “I have great childhood memories of walking through the tunnel as a kid and then it opening up to the beautiful beach of Lake MI. You can’t find that beauty anywhere else.”

From the bustling Detroit to the quiet and serene Traverse City, Michigan has a city for just about every personality. Check out some of our favs:

Grand Rapids (again, popular choice) – as Cellar Operator, Brett, says “It has everything I need, and nothing I don’t”

Craig, Asst. Maintenance Manager, says, “Close proximity to a rural setting, but the convenience of a large suburb of a big city. I’m from the Chicago metropolitan area, so I find this area to be nice a quiet by comparison.”

Nik James – “Family, entertainment, the music scene, the breweries and the greatest little radio station on the planet – WYCE!”

Detroit also had a few fans:

Jason says “It’s the center of the world’s culture.”

Drummond MI – according to John, “Quiet and peaceful in the winter. Surrounded by water and 4×4 access in the summer”

Marquette, MI – Matt, International Project Coordinator, says “I’ve only visited once but the setting is just TOO good: the ore docks, the woods, Black Rocks; not to mention the breweries and proximity to the lake!”

Marquette also has a fan in Marklyn, “Some of my favorite people live here, it’s where I became a wife, and it is simply a beautiful place to explore and adventure”

Market Manager, Beth, also loves Marquette, “Beautiful views of Northern MI shores of Lake Superior with a lot of the conveniences of a big city. I love the mountainous like terrain while walking downtown. Parks are everywhere and the university scene keeps the bars and restaurants open year round.”

Sault St. Marie – Theodore in Maintenance says, “It is heaven on earth, minimum people, lots of wildlife and natural landscape.”

Onekama – Cameron, QA Lab Manager, “During the summer it’s a beautiful little lake town that you see in the movies. My family and I like to fish on Portage lake and when we are bored with fishing we head out the channel onto Lake Michigan to anchor just off shore and swim.” 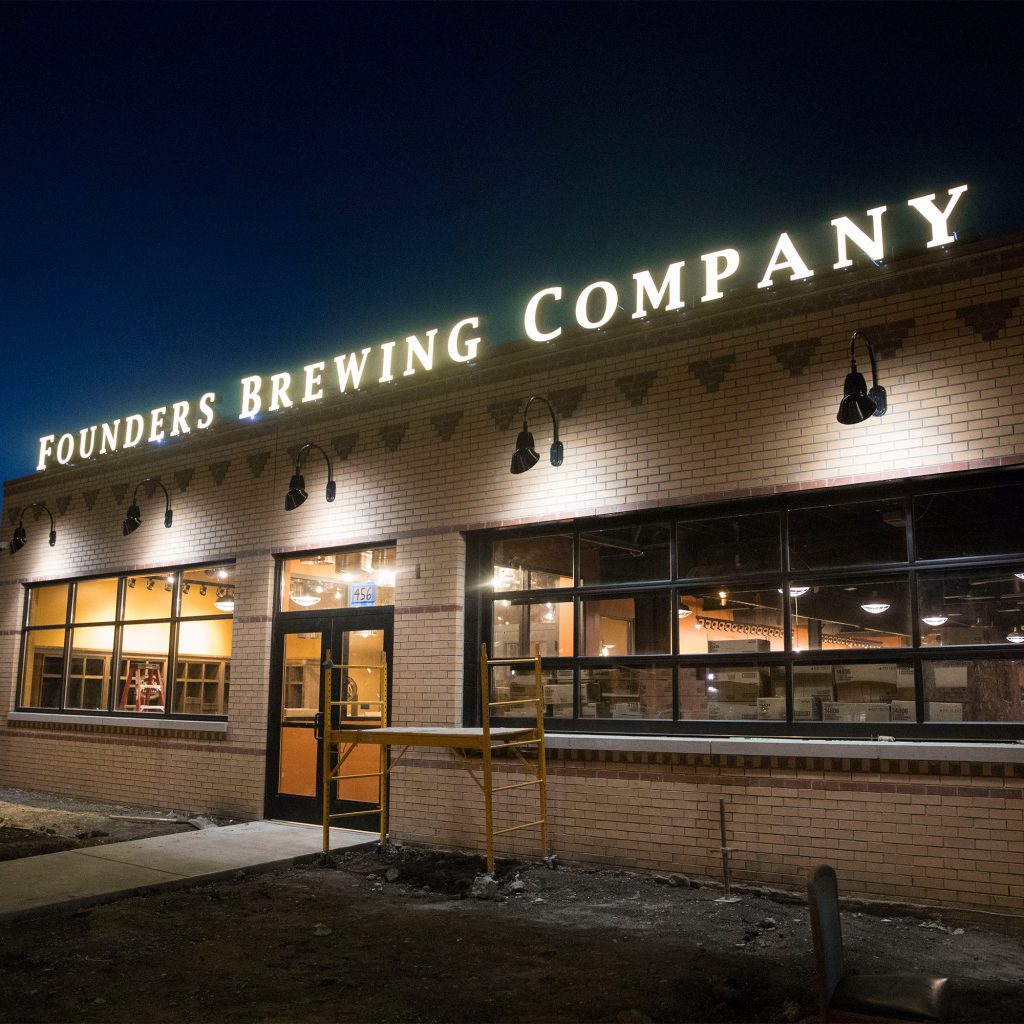 Best things to do in Michigan:

There’s so much to do in Michigan! As a four-season state, we have no shortage of activities.

Anthony, Digital Content Coordinator, says “Exploring the parks and getting lost in the woods.”

Andrew, Brewer, says, “Go to the beach! It’s very relaxing! You get out on the beach and your cell phone often drops service so it’s just you and the beautiful lake.”

Liz says, “Going to the Big House” because “If you’ve watched a football game and tailgated at the Big House, you’ll know why!”

Sheri, Company Store Clerk, says “Boating/canoeing because, “There are so many lakes in MI”

Gale, Beer Supply Coordinator, suggests “riding bikes,” because “Detroit is no longer the “Motor City”; it’s ‘Pedal Town.’ Dozens of city and forest trails through the entire state make for the best riding around.”

Chelsea, a bartender, says “Camp! So many state parks, hiking trails, and lakes to explore!”

Tim recommends you “Find a boat and go float.”

Deli employee, Trevor, says “play in every season even if it’s only 5 minutes. This state is a hard one when you get to winter. However if you can enjoy the warmer days of winter we can give you everything you want.” 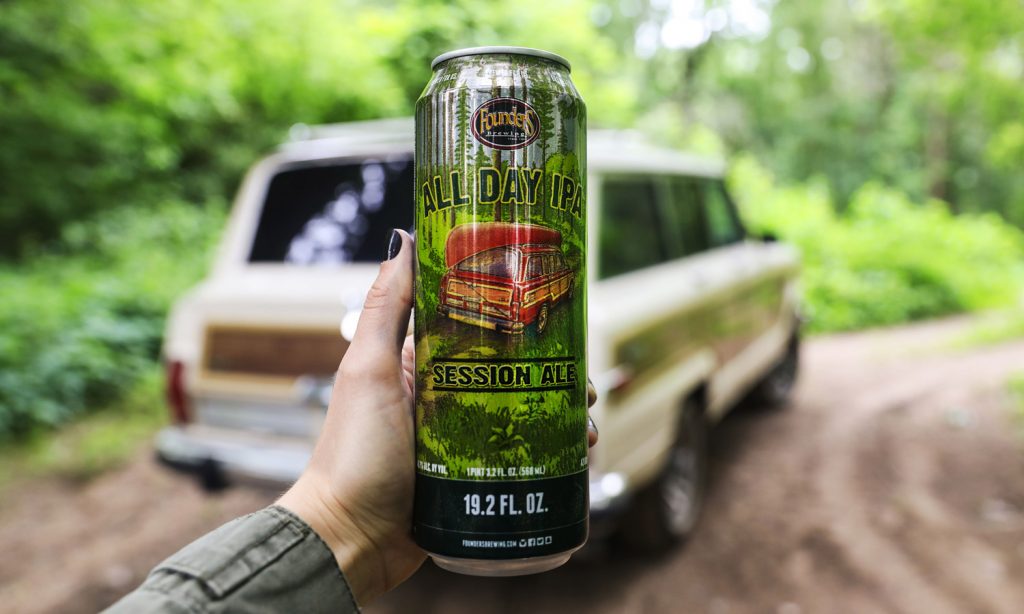 “Shape of the state: Easy to show where you are from. Side note: Wisconsin looks nothing like a hand!”

“All four seasons – the weather bonds us michiganders. We all see the beautiful seasons change, and all struggle in the winter. I think four seasons make us all better people.”

Gale, Beer Supply – she cites The Lakes as being her favorite thing about the state. “For one: They gave the state its’ unique shape. Secondly, there’s literally nothing else like them! Also, I hear that there are Petoskey stones in the water here… I’m still looking for mine!”

“We get all four seasons I love summer, but a great fall day is awesome. Spring is refreshing and a nice snowy day in winter can be super fun. All are great seasons for drinking a delicious beer!”

Our Chief Production Officer, Brad, says agricultural diversity is his favorite thing about the state. “Our state is amazing in the variety of microclimes and soil structures all coupled with an abundant supply of water. Great place for things to grow.”

Brewer Andrew says Autumn in Michigan is his favorite because “there’s something about the season changing from summer to fall here that is hard to describe. I would say it’s like a nature’s firework show right before being dormant until spring.”

Marklyn’s favorite thing about our state is the people! “It’s not the activity, the location, or the season… its the people who are next to you that matter.”

Door guy, Ben, puts it simply, “It’s my home. Even if life draws me away from here in the future, Michigan will always be my home. I see beauty and appeal in so many other areas, but none of them are home.”

The best time to visit Michigan is anytime, if the above is any indication! Happy birthday to our beautiful state, may you have many more years to come. And, to the rest of you, come visit us already! We’ll have a beer waiting for you. 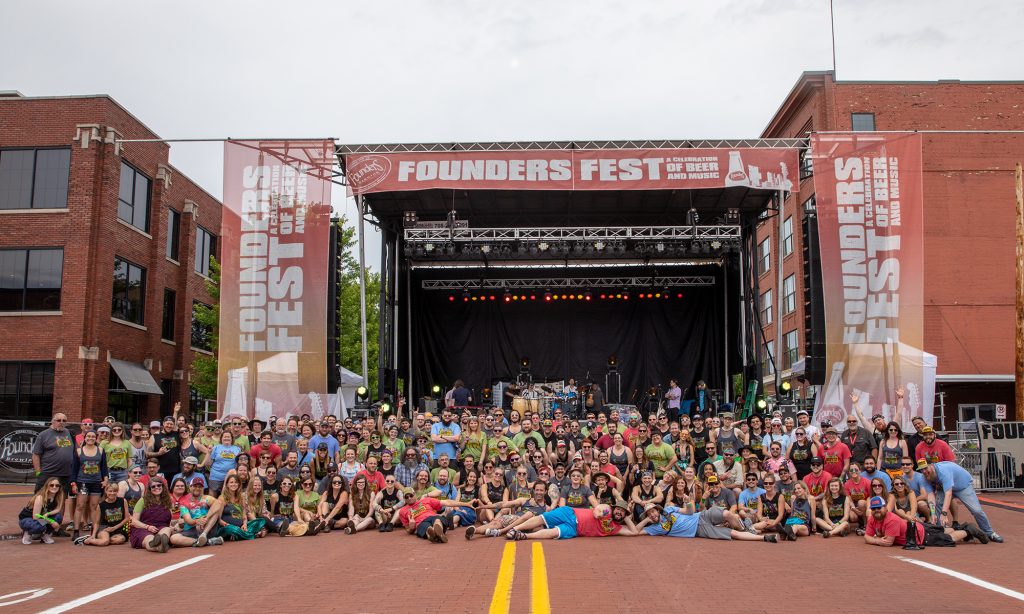 Linkedin
« Chase Your What If
Finalists for our Trip to the Mothership – Brew KBS Contest! »
« Previous Post
Next Post »

2 Comments on “Michigan, We Love You”