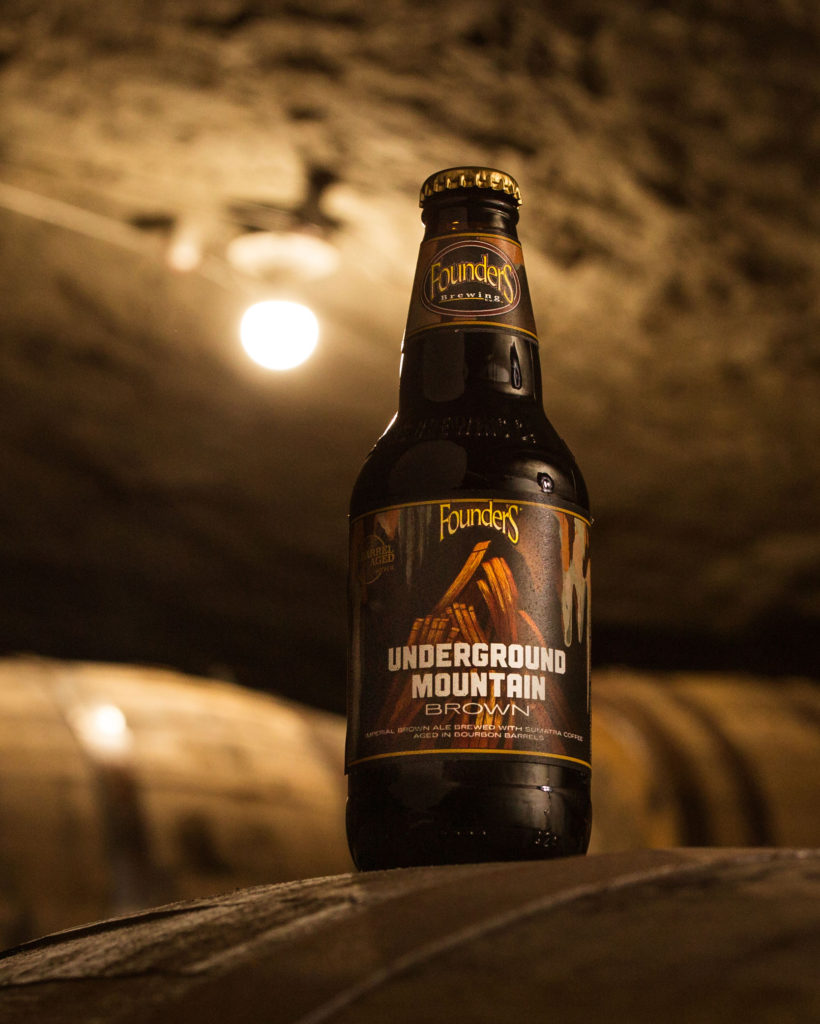 Underground Mountain Brown is the harmonious drinking experience only achieved when our imperial brown ale, earthy Sumatra coffee and a year aging in caves below Grand Rapids come together. A team of malts complement the bold Sumatra coffee perfectly, while time spent immersed in oak creates layers of depth and complexity. A celebration of the barrel, the bean and everything in between. ABV 11.9% 30 IBUs.

Yes, this is the beer previously known as Barrel-Aged Sumatra Mountain Brown and, yes, it will be just as good as you remember. It’ll be available in both of our taprooms beginning on August 16 and will start shipping out everywhere else that month. Underground Mountain Brown will be available on draft, in 4-packs of 12oz bottles and 750mL bottles.

Underground Mountain Brown is the fourth release in our 2019  Barrel-Aged Series, preceded by Backwoods Bastard, KBS and Más Agave.