It’s a Canadian miracle! We’re happy to announce the final release in our 2018 Barrel-Aged Series: 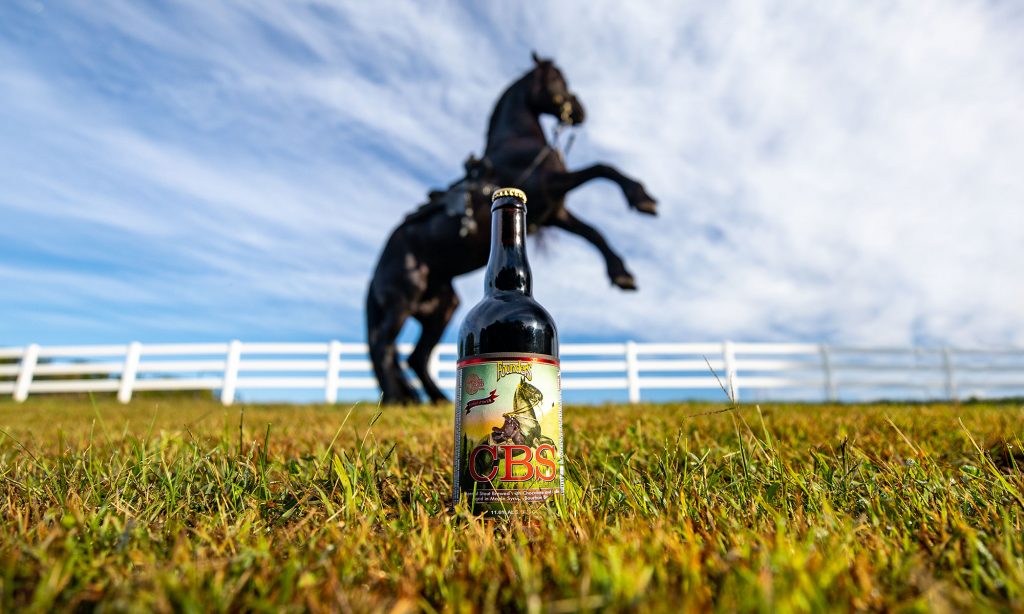 You might notice that the label is missing a key, iconic element. You know, starts with “M” ends with “ountie.” It’s true – we did make the decision to remove the Mountie from CBS packaging out of respect for the Royal Canadian Mounted Police.

CBS is the sixth and final release in our 2018 Barrel-Aged Series, preceded by KBS, Backwoods Bastard, Dankwood, Barrel Runner and Curmudgeon’s Better Half.

A big thanks to Transitions Equestrian Center and beautiful Dolce Vita for bringing our horse dreams to life!