Nerding Out with Our Friends at Ferris Coffee

The latest addition to our specialty lineup, Sumatra Mountain Brown, is a bold, imperial brown ale brewed with Sumatra coffee sourced by our hometown neighbors at Ferris Coffee and Nut Co. The Sumatra blend we worked with the Ferris team to select features an earthy flavor and a touch of caramel sweetness – and in turn, gives the beer the complexity and decadence we had hoped for.

The care and passion that goes into growing, harvesting, drying and roasting coffee beans is remarkably similar to the care we employ when brewing our beer. In light of this parallel, we invited the Ferris Director of Coffee, Sam Mirto, to nerd out about the Sumatra coffee used in our beer, sharing a bit about how it’s produced and how it compliments the beer:

Hi – Sam here! Coffee from Sumatra is known for being heavy bodied, syrupy and having little perceivable acidity. Because of the way it’s processed, it’s also known for having earthy or forest floor qualities to the aroma and flavor.

The Sumatra coffee used in this particular beer is called “Red Badger” and hails from a town in northern Sumatra called Takengon. Much like hops, coffee comes in many varieties and this particular one is a blend of three: Ateng, Typica, and Djember. 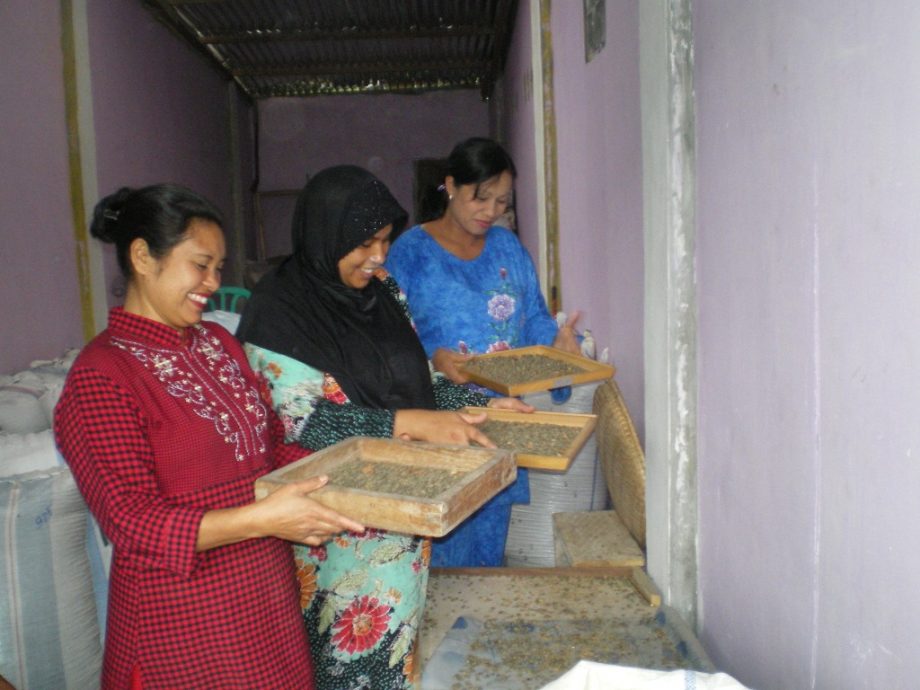 Coffee beans are actually seeds contained inside of a stone fruit, called coffee cherries, which grow on the coffee plant. Here’s a photo taken during a recent trip to Sumatra showing the cherries at various stages of ripeness: 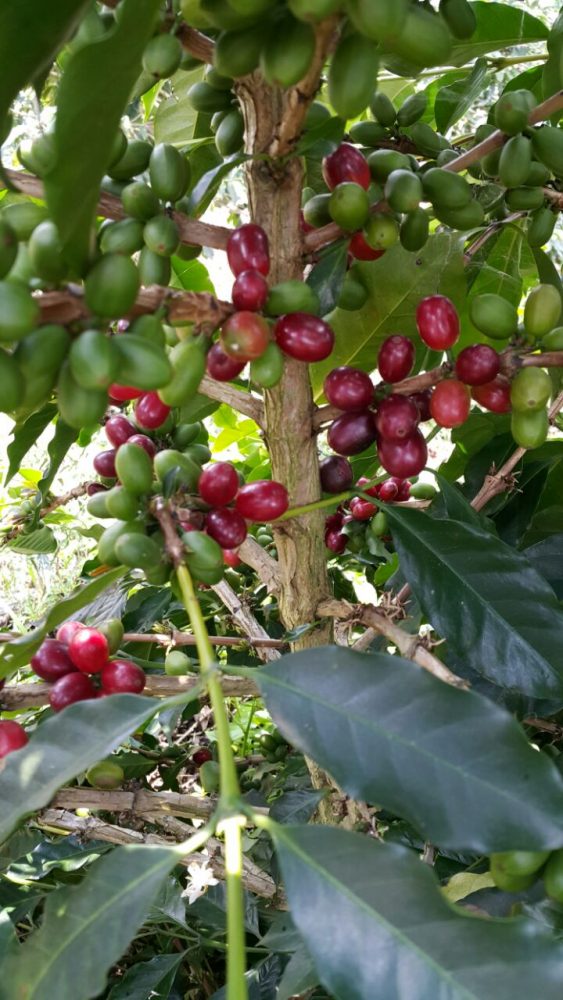 It’s a triple picked coffee, which means the green coffee (what we call the seeds before they are roasted) has been screened three times to remove any defects, which is much more than normal.

After the ripe coffee cherries are harvested, the skin and mucilage of the cherry is removed and the coffee is sun dried on patios. After the coffee reaches about 45% moisture content, the parchment is removed, exposing the wet coffee bean to the environment, which gives this coffee its classic Sumatra flavor profile. 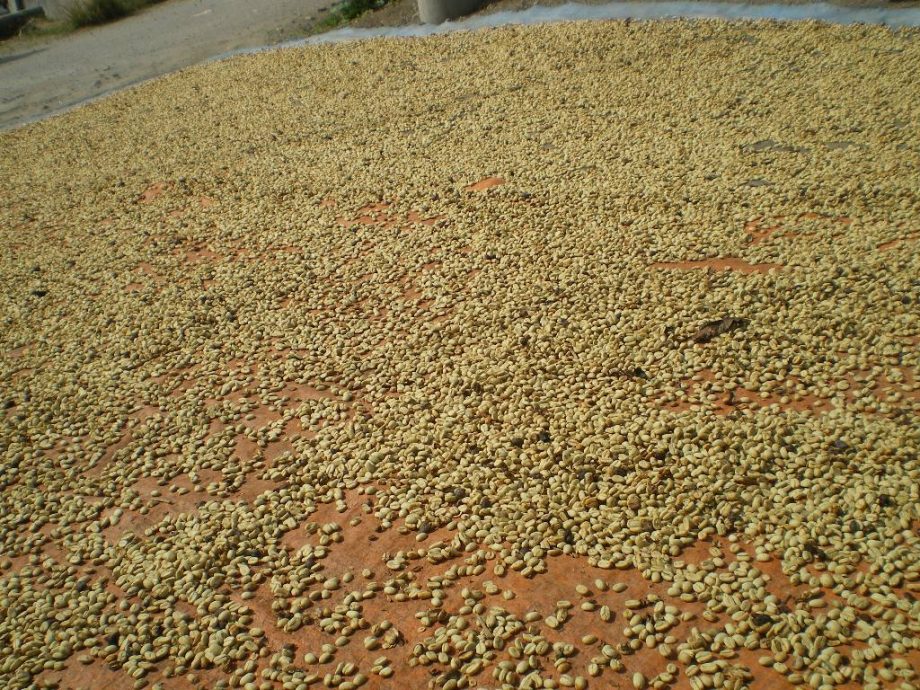 People who enjoy Sumatra coffee are usually attracted to the earthy flavor profile, along with a heavy bodied low acid coffee. We chose this coffee because of the classic earthy notes it possesses, but also the unique citrus acidity and caramel notes that make it a brighter, sweeter version of a classic Sumatra. Our medium roast profile highlights the earthy and citrus notes of the coffee while enhancing its body and sweetness.

It’s this caramel sweetness and earthy flavor that comes through when drinking Sumatra Mountain Brown. Coffee beers can be unpleasantly bitter if the roast is too dark, or if it isn’t infused into the beer properly, but this beer manages to have a strong coffee presence, a balanced caramel sweetness and a heavy, decadent body without a lingering bitter roast character. It’s exactly what a coffee beer should be – and we love it. 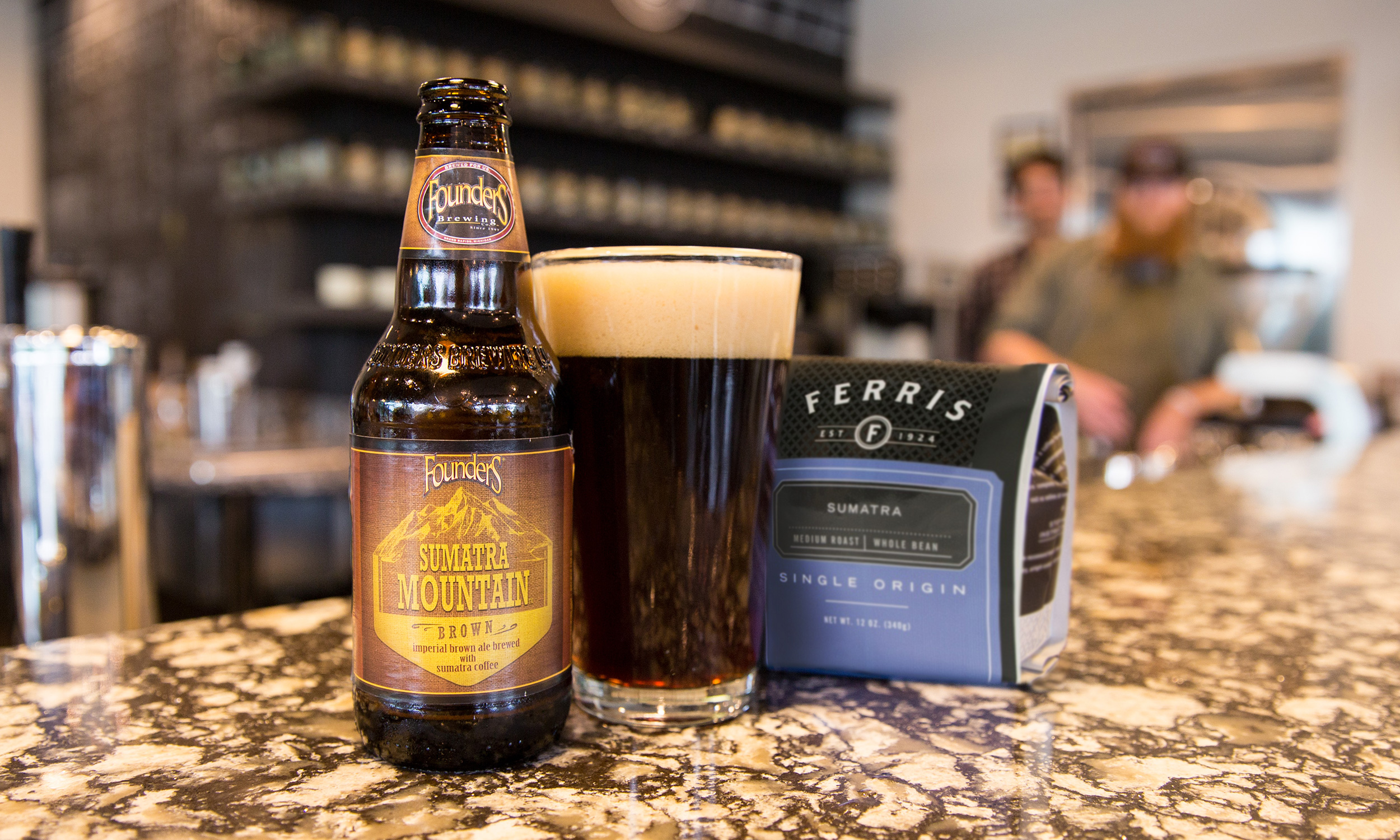 4 Comments on “Nerding Out with Our Friends at Ferris Coffee”