Beginning in 2017, we will be launching a brand new series that celebrates our famed and highly-regarded barrel-aging program which is responsible for highly-rated heavy-hitters like KBS and Backwoods Bastard. Throughout the year, we will be releasing six different masterfully-crafted beers that have all spent the majority of their life in a bourbon barrel. You can definitely expect the return of KBS in April 2017 and Backwoods Bastard in November 2017. You can also expect four additional barrel-aged beers to come.

You’ll have to wait patiently for details on three of those remaining beers but we’re excited to announce the first in the series:

We took a crisp, light-bodied cherry ale and hid it away in oak barrels that have held both bourbon and maple syrup. After a lengthy stint, it emerged a changed beer, blanketed in notes of warm vanilla and earthy sweetness. The wood proves itself the star of this beer, adding depth and taming the tart cherry while the maple imposes a velvety texture that lingers for not a moment too long. Frootwood comes in at 8.0% ABV. 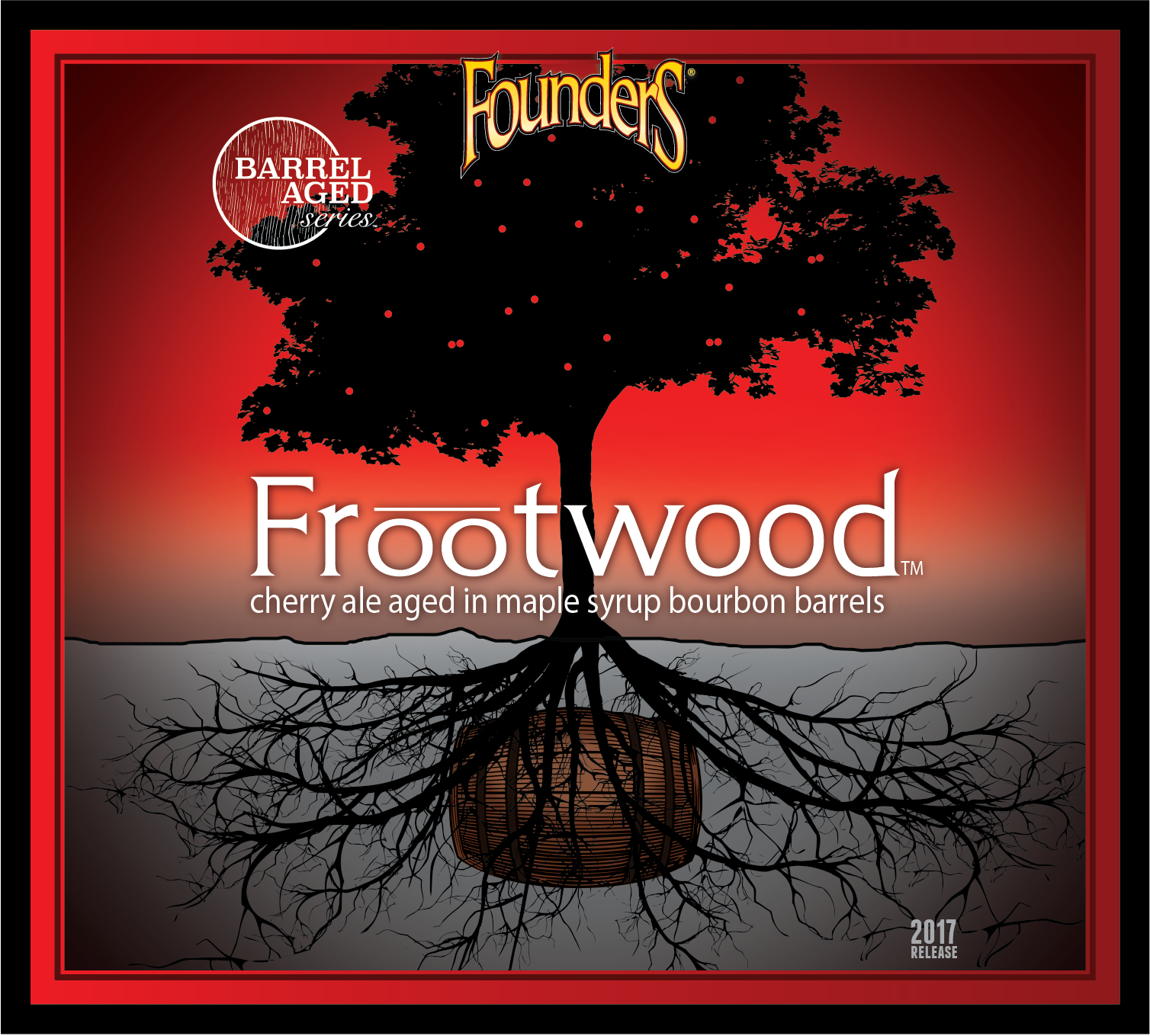 Frootwood will be available in some states as early as January, with remaining states seeing it by February. It will be avaialabile in our taproom beginning January 13 and will have a suggested retail price of $14.99/4-pack and $11.99/750mL bottle. That’s right, you’ll be able to find Frootwood in both 4-packs of 12oz bottles and single 750mL bottles. You asked, we listened!

In fact, the entire Barrel-Aged Series lineup will be available in 750mL bottles and 4-packs of 12oz bottles!