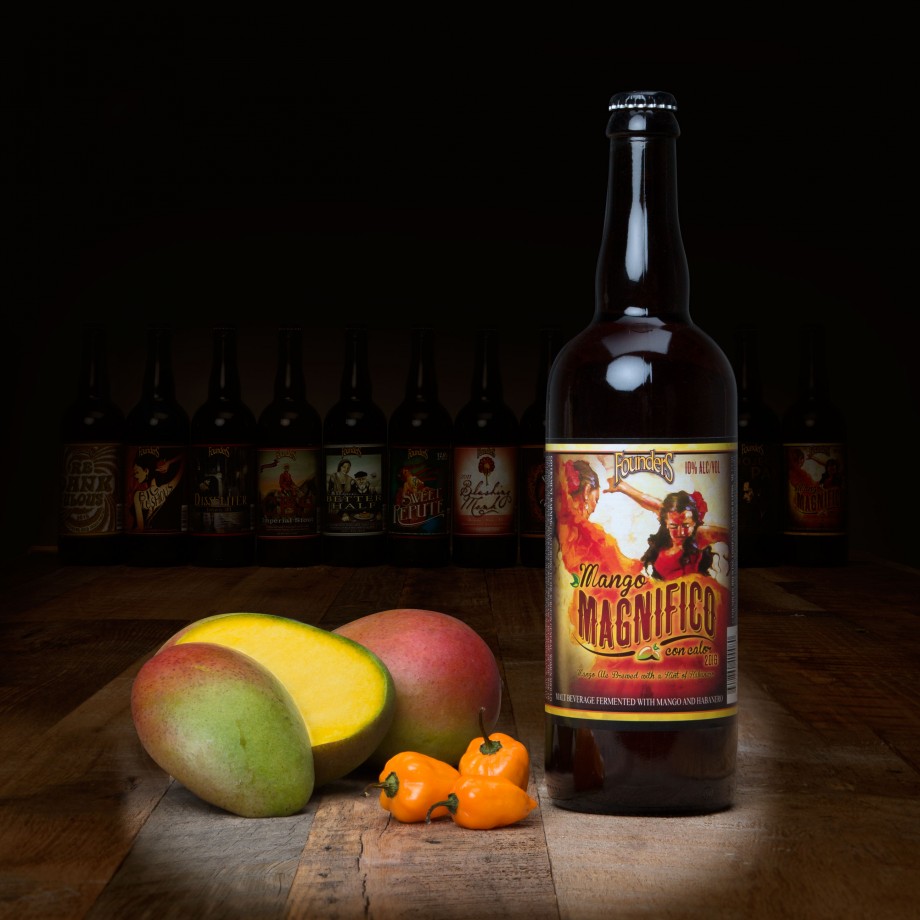 Mango Magnifico is a high-gravity fruit beer brewed with mango and a touch of habaneros to add just the right amount of heat. The delicate flavors imparted by the sweet richness of the mango are punctuated perfectly by the subtle heat of the habaneros, proving that fruit beers do not have to be one-note. Each 750mL bottle of this 10% ABV ale is both sophisticated and refreshing, making it the perfect beer to share… or to keep all to yourself. Mango Magnifico will have a suggested retail price of $10.99 and will be available across our distribution footprint beginning March 1, 2016.

When we first released Mango Magnifico back in 2013, it proved to be somewhat of an enigma to our fans. A high-gravity mango beer brewed with habaneros? What the heck? It took some time to catch fire (pun intended), but once it did, the beer enthusiast community was very vocal about it returning. So, we listened and are so thrilled to bring it back!

Mango Magnifico is part of a long lineage of Founders’ fruit beers, including Rubaeus, Cerise, Blushing Monk and Big Lushious.

Our Backstage Series is made up of boundary-pushing, experimental beers. We affectionately call it “the brewers’ playground,” where intent is to take the diehard Founders fan experience to a wider audience—though all of the beers are released in limited batches. Since its introduction in the summer of 2011, our Backstage Series beers have quickly become some of the most sought-after releases in the industry.

Linkedin
« Founders Presents: Wake the Sun
Vote for Us for Best Brewpub/Beer Label/Beer Scene in the U.S.! »
« Previous Post
Next Post »

4 Comments on “Backstage Series Release: Mango Magnifico is Coming Back!”