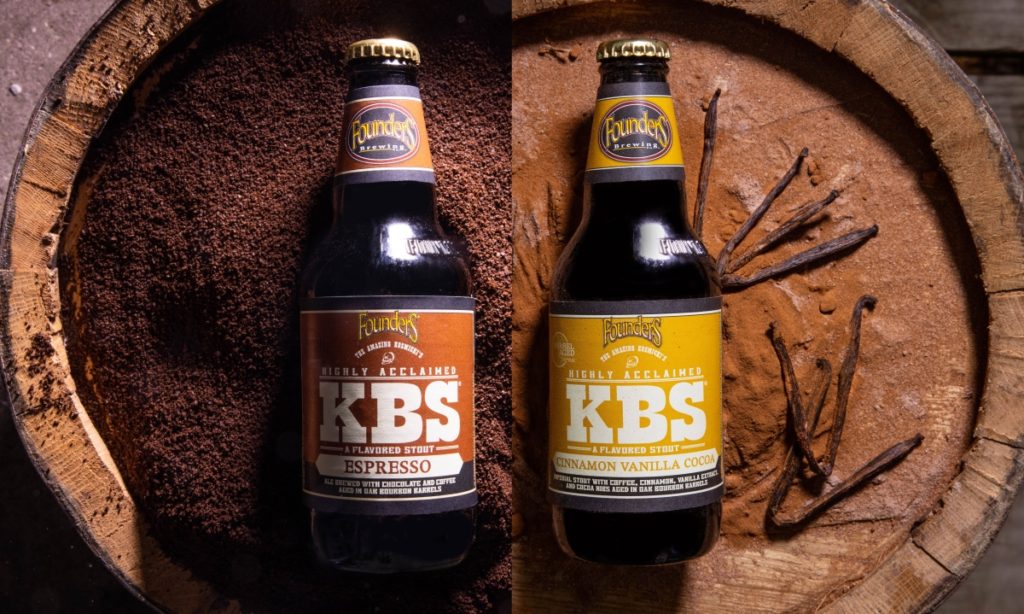 Here’s one for the cocoa lovers: KBS Cinnamon Vanilla Cocoa – the sumptuous, deep coffee and chocolate flavors of KBS rise to the next level with a swirl of cinnamon and a hint of vanilla to create a sweet-but-not-too-sweet barrel-aged drinking experience. It’s a whole new spin on KBS that’s sure to sweeten your spirits. 12.0% ABV.

Now to make your day even better, we’re also welcoming back this fan-favorite KBS

KBS gets its coffee fix in the very first variant to come from our beloved bourbon barrel-aged stout. Yes, KBS may already be brewed with coffee, but it gets some extra oomph when it’s aged on espresso beans after being removed from barrels. The result is a fresh and snappy coffee twist on our classic barrel-aged beer. Who says you can’t start your day with a barrel-aged stout? 12.0% ABV.

These two new KBS flavors will join the original KBS (available year-round!) in 4-packs of 12oz bottles and on draft starting this October (no draft in UT and no distribution PERIOD in Mississippi!).