So, what types of beers would benefit from this treatment?  Obviously hop-forward beers like IPAs are not good candidates for aging.  Most everyone agrees that beers with big hop aroma and flavor should be drank as fresh as possible as the hops die off quite quickly. Knowing this, we do our best to get these beers out as fresh as possible, with the first batches brewed being the first out the door. Once they’re in your hands, please drink ’em fresh!

Typically, beers that are contenders for cellaring are high in alcohol (barleywines and imperial stouts), low in pH (sour beers, some fruit beers), or have a dominant flavor that might benefit from some chilling out (smoke beers).

Ultimately, it comes down to personal preference.  I, for one, do not intentionally age beer, but I know many people who really enjoy squirreling beer away for some future date.  One of the most common cellaring habits I see is people collecting different vintages of a beer like KBS (our chocolate, coffee imperial oatmeal stout aged in bourbon barrels), and then doing vertical tastings to compare the fresh version versus bottles from years past.  I can appreciate that, and it’s certainly interesting to see how the beer holds up/changes over time.  I generally find that the coffee flavor is most intense in the fresh versions and it fades over time allowing the chocolate and oak flavors to shine through even more.  A cool exercise for sure, but I almost always prefer the freshest version.  Remember, the flavor will most certainly change with age – but that doesn’t necessarily mean for the better.

When it comes to barrel-aged beers, we like to say that we age them for you. They’ve already spent a year “cellaring” in the barrel, so when we package it up for release, it’s primed and ready for consumption.

If you really want to try cellaring, here’s what I suggest: grab some bottles of a dark, adjunct-free imperial stout or a malt-forward style like an old ale or Scotch ale.  Enjoy one right away. Put the others away somewhere that is dark, with a constant temperature in the 50-60 degree range, and don’t move them around. Crack another bottle in six months and see what you think. Drink another at the one year mark, and do it alongside a fresh bottle too. Ask yourself if it has improved over the past year. If not, then drink the rest of your bottles as soon as possible. If yes, then add the rest to your cellar and maybe try aging one for two years. It’s your beer and your tongue, have fun with it! Just don’t blame me if you don’t like aged beer – I told you I drink it fresh! 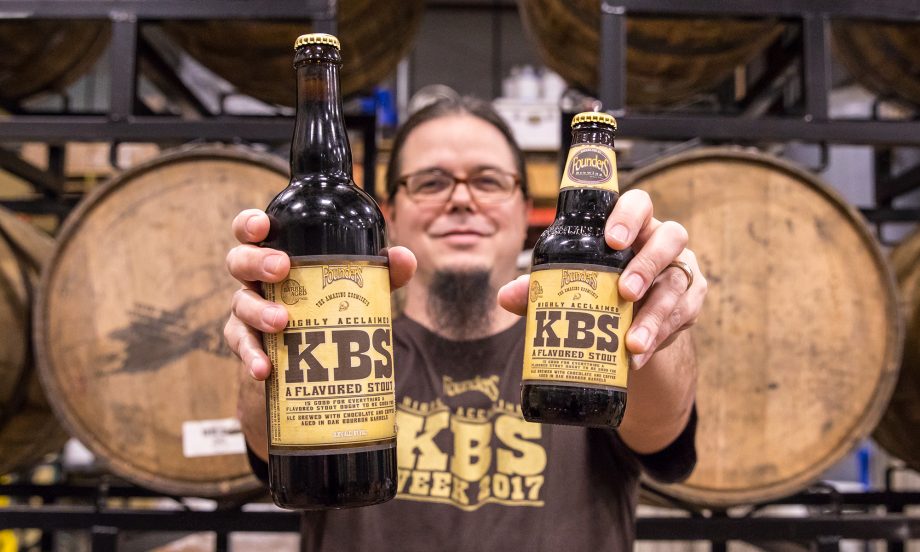