Two months ago, we launched a first-of-its-kind contest asking you, our beloved fans, to submit your favorite Founders Brewing Co. memory for the chance to win a trip to the Black Party, the annual celebration of our darkest beers. After meticulously sifting through nearly 2,000 entries, we somehow managed to name ten winners. Not an easy task considering the incredibly moving depictions of how our beer/taproom/employees have been a part of our supporter’s memorable moments throughout the years. Alas, we could only name ten winners and ten winners it was. 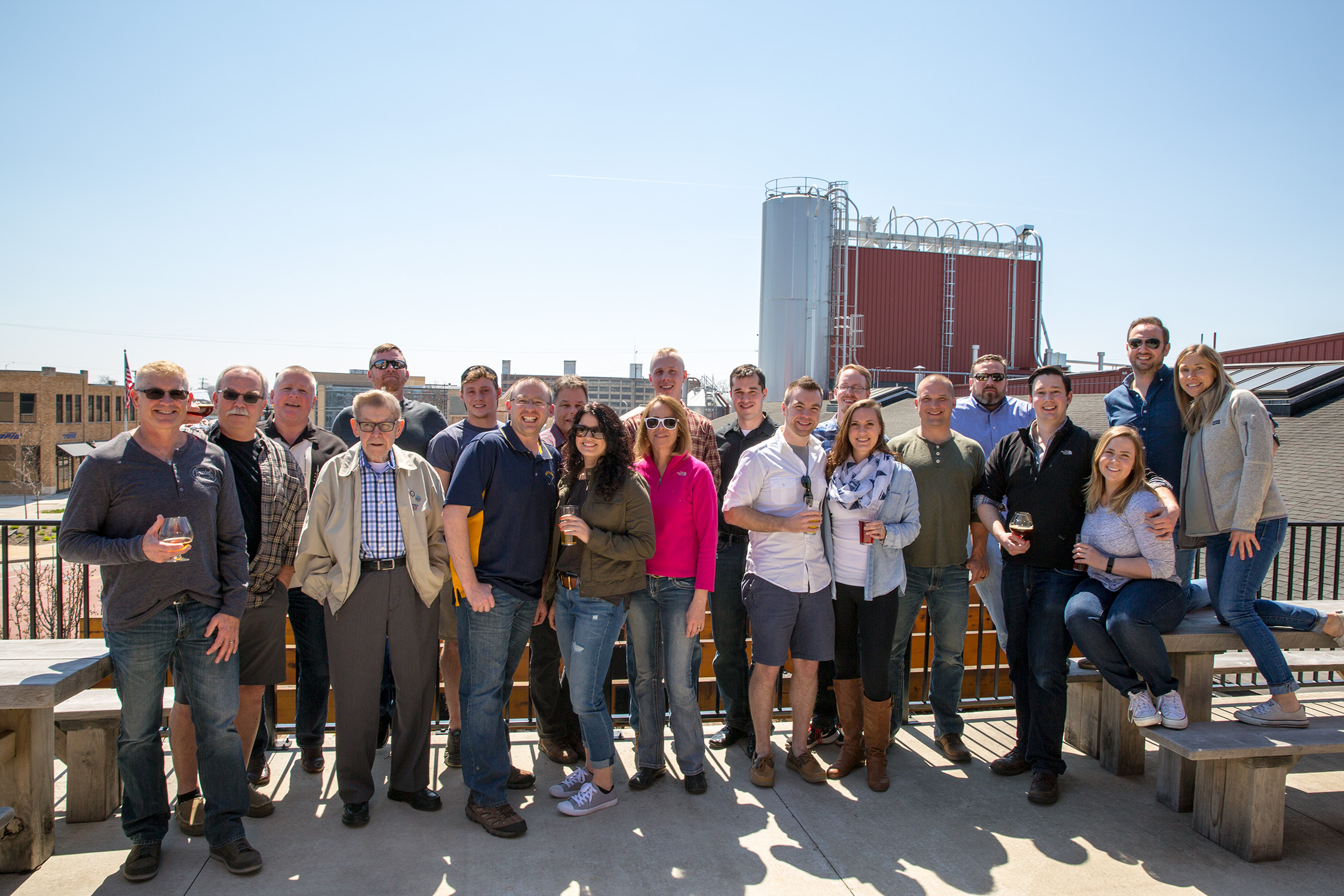 From a woman’s love letter to her partner describing their love as a “well-balanced stout,” to an inventor who celebrated the first successful run of his product (a 3-D whiteboard) with a celebratory stop in the taproom, to a 91-year-old father securing his son two bottles of KBS on release day, the winner’s stories ran the gamut of emotions. And the tears they brought to our eyes were proof of that.

This past Friday, all ten winners (and their guests) arrived in town for what would be a weekend of tours, meeting much of our team (including our Co-Founders Mike and Dave), drinking beer, eating awesome food, drinking beer, enjoying our 15th Annual Black Party, drinking some bourbon (shhh!) and finally, drinking even more beer.

It was immediately clear that the group of winners we had brought to the taproom was a special bunch. The bonding amongst them happened before the first lunchtime beers were finished, and by the end of the day Saturday, there were plans to get together every year as a group who shared a unique and wonderful thing in common. Despite the age gap of the youngest to oldest winner being nearly 70 years, there was a camaraderie so powerful you would’ve thought everyone grew up together.

Those of us here at Founders who were fortunate enough to host this amazing group of individuals were given a gift that few people ever get to experience professionally: a reminder of what is truly important in life. Family, giving when you can give, laughter, human connection, love, stepping outside your comfort zone and, of course, good times over delicious beer.

Mark, Richard, Courtlan, Derek, Reid, Karen, Jeremy, Chris, Lester, Heather, Pete, Jill, Sarah, Matt, Ian, Kelly, David, Kasi, Brett and Micah: thank you for making the journey here. We will never forget this weekend and the great time we had getting to know each of you. Not only do we consider you friends, you are now part of our Founders Family. We hope to see you back at the taproom soon (we vote for a reunion at next year’s Black Party)!

Check out the full gallery of photos from Black Party and watch a video recap below: