We plan to introduce Mango Magnifico con Calor [Magnificent Mango with Heat], a fruit beer brewed with mango and a touch of habanero, this August to mark the seventh installment in our Backstage Series. Like all Backstage Series beers, Mango Magnifico will be sold in 750mL bottles. It will have a suggested retail price of $12.99 per bottle. 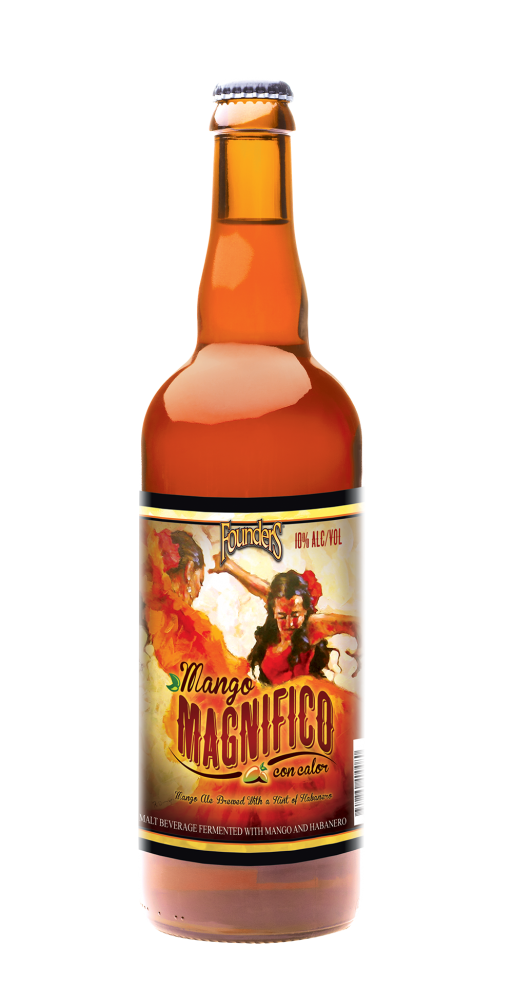 Mango Magnifico is a never-before-released, high-gravity fruit beer brewed with mango and Michigan-grown habaneros. Each 750mL bottle of this 10% ABV ale is intended to be shared. Not a traditional fruit beer, the delicate tropical fruit in Mango Magnifico is punctuated by a hint of heat, increasing the overall depth of flavor and adding another level of complexity. It will be a refreshing drink for the warm summer months.

“Mango Magnifico, like the entire Backstage Series, is intended to push the boundaries of what is commonly accepted in beer styles,” said Co-Founder and Vice President of Brand & Education Dave Engbers. “The Backstage Series is the perfect conduit to showcase our brewing team’s creativity.”

We’ve had success with their interpretation of fruit beers, including the likes of Cerise, Rubaeus and Blushing Monk. But Mango Magnifico is one-of-a-kind.

Mango Magnifico will be released in limited quantities across our distribution footprint beginning on Monday, August 5, and will be available at the brewery’s taproom the week prior. We expect to release one more Backstage Series beer in 2013.