Rooted in the rowdy spirit of rock & roll, Wild Adriatic has built an international audience on a combination of groove, grit, and guitar-heavy swagger.

Whittled into sharp shape by a touring schedule that’s kept them busy for roughly 250 days a year — including several European tours, countless stateside runs, and appearances at festivals like Bonnaroo & Mountain Jam — the band continues to place an emphasis on evolution.

2019 being their 8th year as a band, lifelong friends and the three core members of Wild Adriatic (Rich Derbyshire, Travis Gray, and Mateo Vosganian) decided it was time for some fresh perspective. The addition of keyboardist Scott Hannay has added even more depth & dimension to the band’s expansive rock & soul filled sound.

Bursting into the year with the brand new collaboration EP release of Adriatic/Rodriguez and a month-long tour supporting their musical partners-in-crime Andy Frasco & the UN set the stage for what will continue to be another busy year.

Adriatic/Rodriguez released in February 2019 and was born of a late-night drunken conversation between drummer Mateo Vosganian and Minneapolis-based singer/songwriter Dan Rodriguez. Having Crossed paths many times over at festivals around the country and “just, like, totally vibing dude,” the two acts convened for a 3 day writing retreat in Upstate NY. The five song EP came about effortlessly and songs like “Don’t Hold Back” and “Party” exemplify the spirit & intent of Wild Adriatic.

“We’re silly weirdos living out our childhood fantasy and we feel so lucky to able to continue chasing the dream,” says drummer Mateo Vosganian. Singer and guitarist Travis Gray agrees, saying that the goal is ultimately to continue to celebrate the electricity and elation of playing in a traveling band.

“We love this,” he adds. “We’re just normal dudes who are lucky to be supported by fans who buy tickets and come out to shows, and we like to hang out with them. We aren’t trying to take ourselves too seriously. We’re trying to connect. We’re trying to feel.”

With plenty of new songs and dance-party inciting jams, the newly rounded out touring line-up of Wild A brings with it the next level of the explosive & fun live performance that gained them early acclaim from outlets like Rolling Stone, USA Today, and the Huffington Post.

Wild Adriatic hits the road with Lynyrd Skynyrd again in Summer 2019 as part of the legendary band’s farewell tour and festival season finds the band traipsing across the United States several times over. 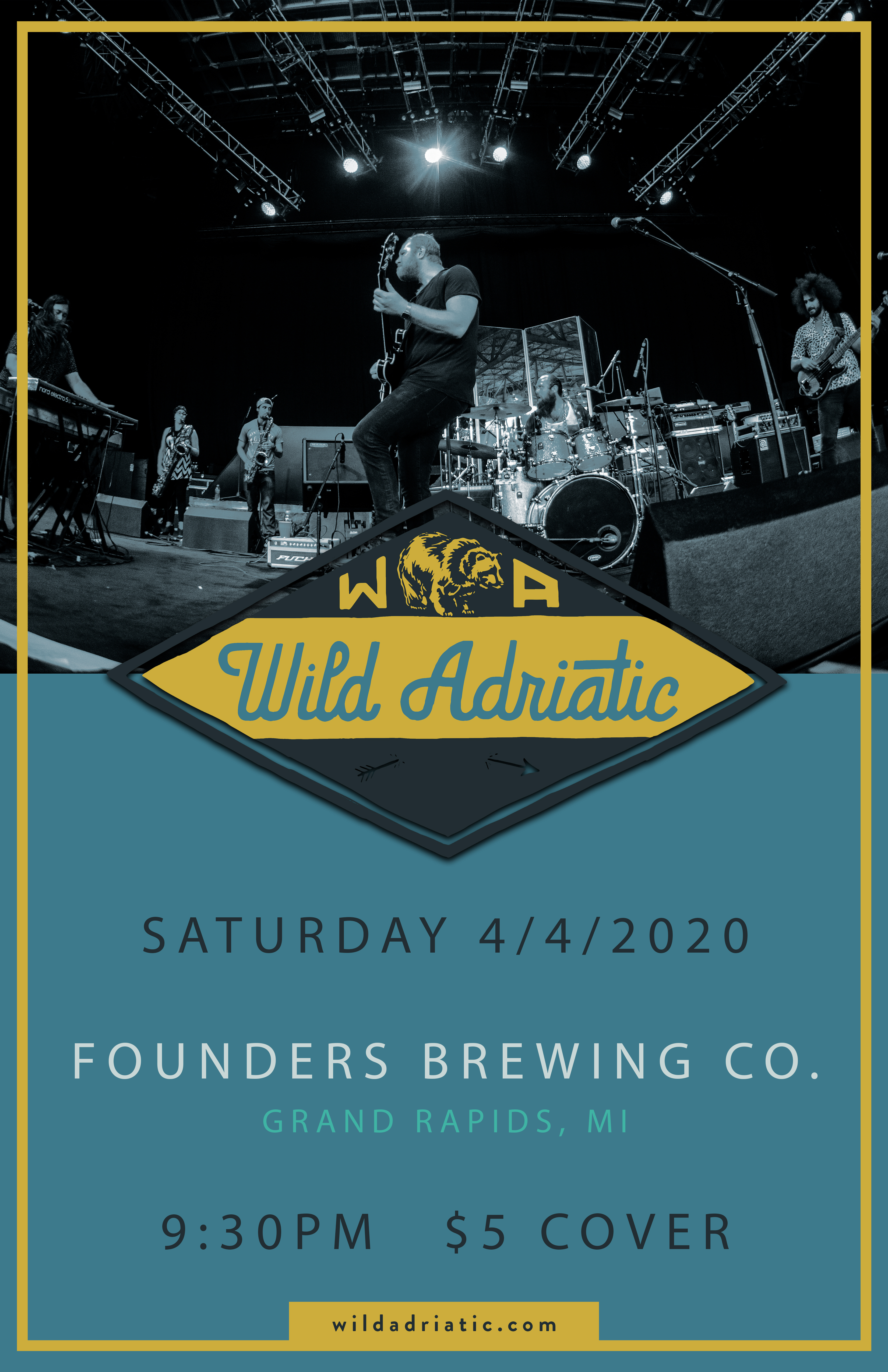