Barefoot, sleeveless and sweaty, Whiskey Shivers frontman and fiddle master Bobby Fitzgerald never stops smiling on stage. “All right! Let’s kick this thing in the face!” he barks, as the band tears into their stringed instruments at breakneck speed.

It’s almost impossible to watch him perform more than a song or two without cracking a smile yourself. His exuberance is contagious, and it bleeds through into the music. Whether they’re playing at a backyard house party in Texas, a punk-rock dive bar or a sprawling country music festival, crowds take notice. People put down their phones, pick up their drinks and start dancing. 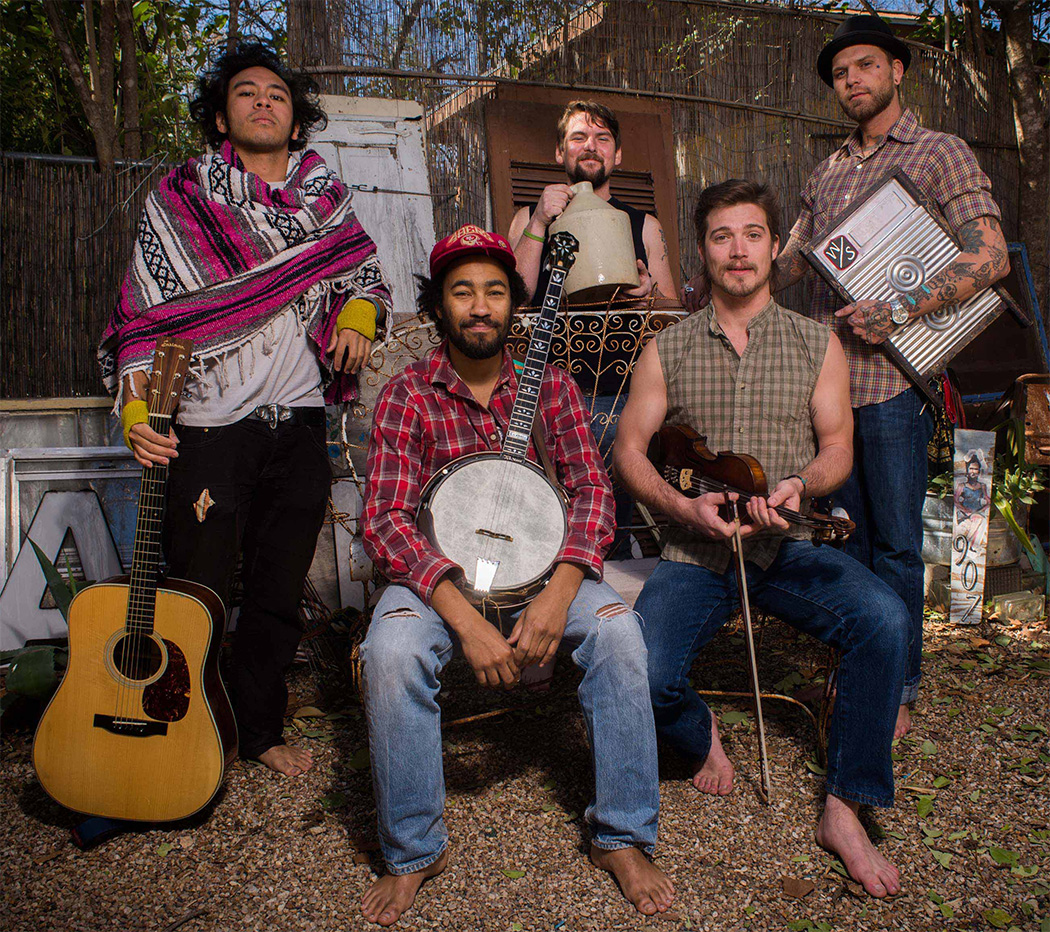 “Whiskey Shivers isn’t just the five of us on stage, it’s everybody in the room,” Fitzgerald says. “We try to bring everybody into the moment and get them to realize there’s no wall between us and the crowd. We’re all in this together, and we’re all here to have a good time. We’ll do our best to facilitate it, but it takes all of us to make it happen. When you start to feel that, you can’t help but feel a little attachment and become invested in the show. You realize, ‘Oh, I’m here to have good time too!’”

It’s in the contrast where Whiskey Shivers’ music shines. They infuse their songs with punk rock energy and a darkly comical light-heartedness, stretching the bluegrass genre to fit whatever they feel is right. For them, being happy is a conscious choice, and making fun of life’s struggles is part of their philosophy.

“We’re all going through shit all the time. We recognize that life’s tough,” Fitzgerald says. “We try to write songs that recognize the hard times that we all share. When you put your problems out on the table where everyone can see them, it doesn’t really have the same power over you any more, and you can start to acknowledge it, separate yourself from it, and go on with your life. Try to take a night where you can forget about your problems and just feel good, have a good time with your friends, make new friends, and be part of a little community for a while.”

That sort of musical honesty is what brought together the ragtag group of string players from small towns around the country to Austin, TX, where Whiskey Shivers was formed when stand-up bassist Andrew VanVoorhees answered a dubious Craigslist ad from a man named “Bob” looking to form a bluegrass band.

Fitzgerald admits that it can sometimes seem impossible to maintain such a high level of energy night after night on the road. “Well, it can seem that way, up until the moment the show starts,” he says. “We could have a really tough day, driving through bad weather on no sleep, feeling like shit, the sound is terrible, or whatever else is going on that day. And then as soon as we start playing, it all just kind of falls away. All of the sudden we’re having a good time again, and the momentum carries itself. That’s why we’re doing this, because we love it.” 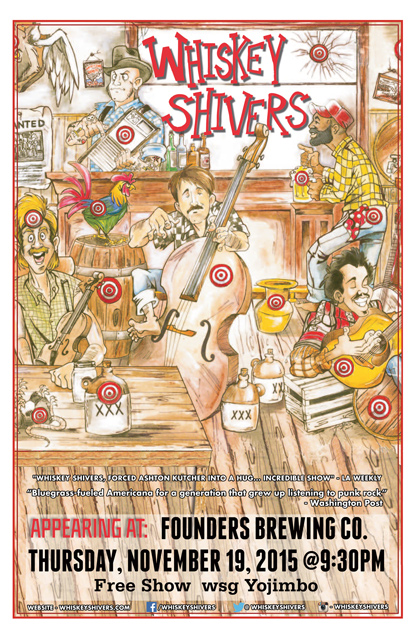