Wake The Sun plays loud rock! Let me repeat that in italics for emphasis: Wake The Sun plays
loud rock! It’s a point worth underscoring because at a time when certain mainstream critics and
grumpy pundits would have us believe that pop, country, R&B and other easily digestible genres
are all that matters, rock music—the real blues-based, soulful, LOUD thing, not some watereddown-
for-the-faint-hearted, edgeless, emo substitute—is not only alive but thriving. Wake The
Sun is living proof of that.
They’re a link in a chain, these guys, most of whom hail from Long Island, but they’re also a
pointer to the future. Listen to them slash and burn, watch them tear up the stage, feel their
passion, and they’re invariably going to remind you of so many other great heavy rock bands that
have come and gone over the past half-century. But there’s also something vibrant, vital and—
this is important—young about Wake The Sun. All five of them are in their early twenties, so
they weren’t around when giants like Zeppelin, Hendrix and Sabbath walked the Earth. Hell,
they weren’t even born yet when Metallica and Pearl Jam started out! They may rattle off
influences ranging from Howlin’ Wolf to the Stones to Foo Fighters to Kings of Leon, Gary
Clark Jr. and the Black Keys, but their music is no retread of anyone else’s: it is, simply, Wake
The Sun music.
And Wake The Sun comes to the scene with their own outlook, their own goals and, most
importantly, a sound and approach they’re constantly inventing as they go along. The band’s
debut four-track EP includes their first single, “Wicked Souls,” in both its original version—
remixed by Mike Rocha (Black Pistol Fire)—and in an alternate take. Rounding it out are “Grace
and Faith” and “Politics.” Wake The Sun has already begun to create a mega-buzz nationally and
were recently a mainstage artist playing for industry insiders at the fourth annual Sunset Sessions
Rock in Carlsbad, California. 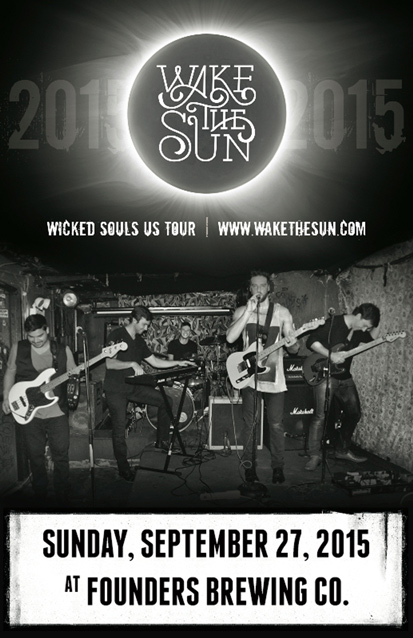