*There are no advance tickets for this engagement. Admission to the show simply requires a payment of the $5 cover at the door, day-of-show only.

Trout Steak Revival has earned a place in the mountain states bluegrass scene, performing to sold-out audiences, winning the 2014 Telluride Bluegrass Festival Band Competition, placing in the 2012 Rockygrass Band Competition, and even winning an Emmy Award for a soundtrack with Rocky Mountain PBS. Their new album, “Brighter Every Day,” was released in March 2015. Produced by Chris Pandolfi of the Infamous Stringdusters, the album has received radio play and acclaim both in Colorado and across the world. 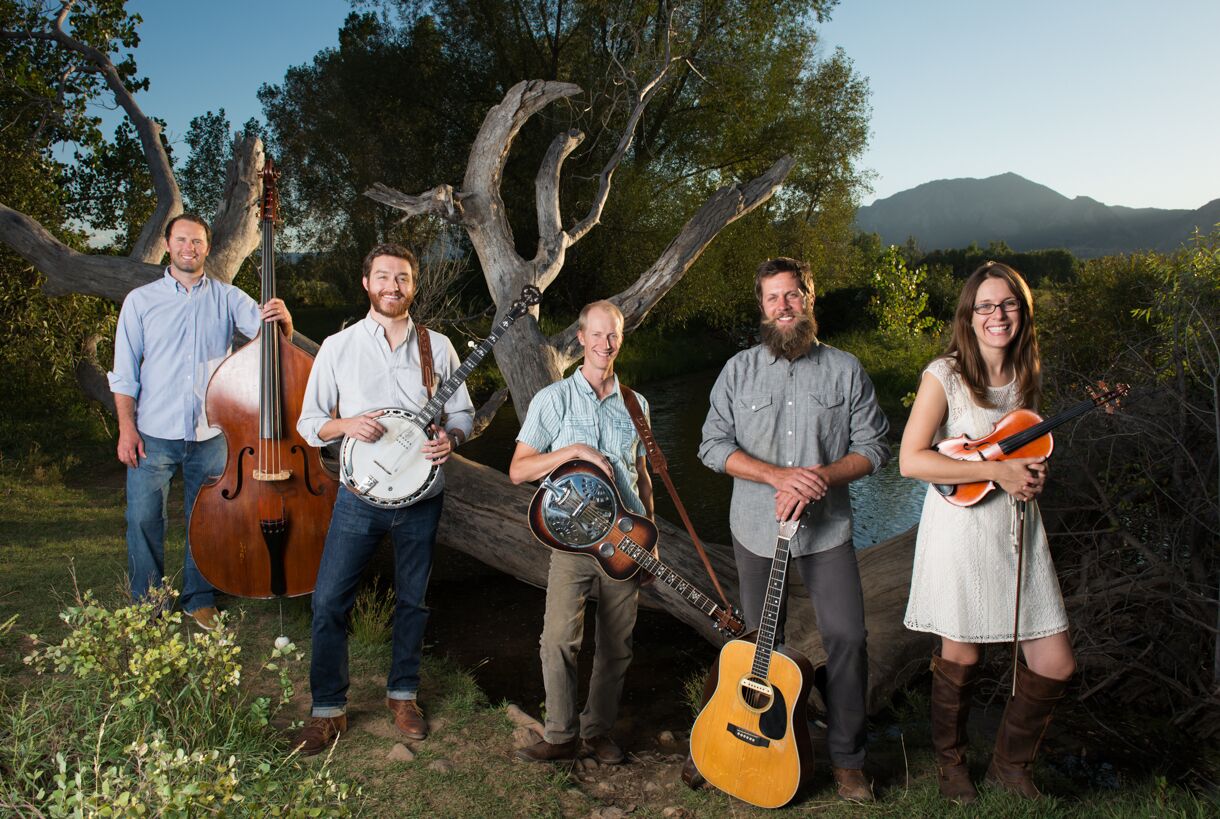 Soulful Narratives.  Heartfelt Songwriting.  Tightly-woven Instrumentation.  Harmonies Rooted in Years of Friendship.  Blending the foregoing, Trout Steak Revival pushes the envelope on a progressing genre while drawing creatively from the many canons of American roots music. 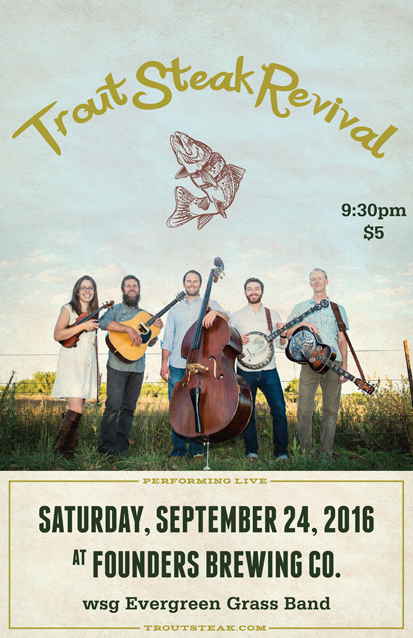