“I didn’t play magic cards or anything like that. I wasn’t all that into sports. I’ve been only interested in music for my entire life.” It’s far from platitude: The 18-year-old Madison, Wis. native doesn’t go to parties, economizes in conversation and rarely idles in front of a screen. Rather, Trapo quite literally lives in the studio; he’s been recording and mixing his own self-assured experiments from his bedroom since the fifth grade. Trap released his debut mixtape, The Black Beverly Hills, in the fourth quarter of 2015, garnering ‘best new artist’ designations from Pigeons & Planes and BBC Radio 1. He followed the self-described “short project about Black prosperity” with SHE, a nine-track EP with nine different narratives centered on impulsive romance and unrequited love. SHE spawned the single “Chicago,” which rose to No. 2 on Spotify’s Global Viral Tracks chart in April. Trap’s art shatters preconceived notions of genre and format, carefully weaving melodies and motifs together to create songs-within-songs with wisdom and emotional intelligence impossibly far beyond his years. The recent high school grad released Shade Trees, an ambitious study in escapism, in November 2016, with an accompanying headliner tour in December. “I believe in certain signs,” he says. “There’s just no way that I could be doing this so young without having some talent that was just meant to come out.” 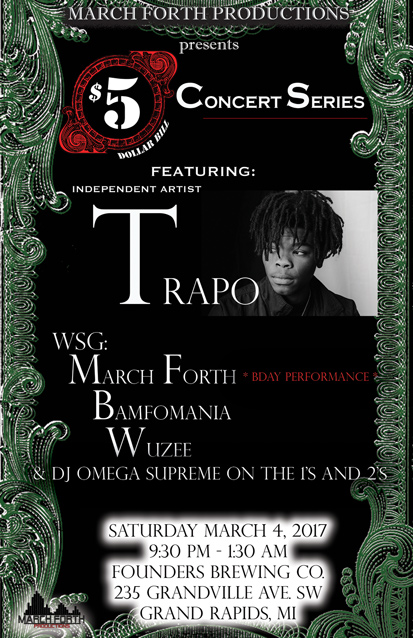