$5 cover OR Toys for Tots toy donation! Please make sure the toy is new and packaged for any ages between 0-16.

Todd Albright is a country blues, twelve string guitar player and vocalist based in Detroit, Michigan. Grounded in the pre-war era of the blues tradition (1880-1939), Todd is a mindful purveyor of blues history. His repertoire upholds musical pillars such as Blind Willie McTell, George Carter, Blind Lemon Jefferson and Leadbelly. His life’s work continues the distinguished tradition of the very roots of American music as told by the African American musicians who created it.

Todd’s vigorous, gritty and soulful performances are accompanied by stories of the masters and a deep intuitive sense of respect for craft, providing audiences with a meaningful experience while creating a transcendent moment. One of the top blues guitarists in the world, Todd is the only contemporary twelve string player in his genre.

Todd began playing the blues while still a teenager, some twenty-five years ago. Initially, he was drawn to the sound of the finger-picked style and has since immersed himself in the foundational music and narratives of American culture. Over the years, Todd has shared the stage with artists such as Roy Book Binder, Charlie Parr, Paul Geremia, and Dakota Dave Hull.

Mama K and the Kosmic Sway was founded by Founders Brewing Company’s Brewmaster Jeremy Kosmicki (guitar) and his wife Jamie (vocals). The couple began writing heavy blues and soul-influenced rock songs and searching for the perfect musicians to connect with. Everything came together when legendary rockers Coe Lacy (bass) and Steve Harris (drums) came on board. Now the band is captivating and electrifying audiences everywhere with their raw and powerful live performances.

$5 or Toys for Tots toy donation 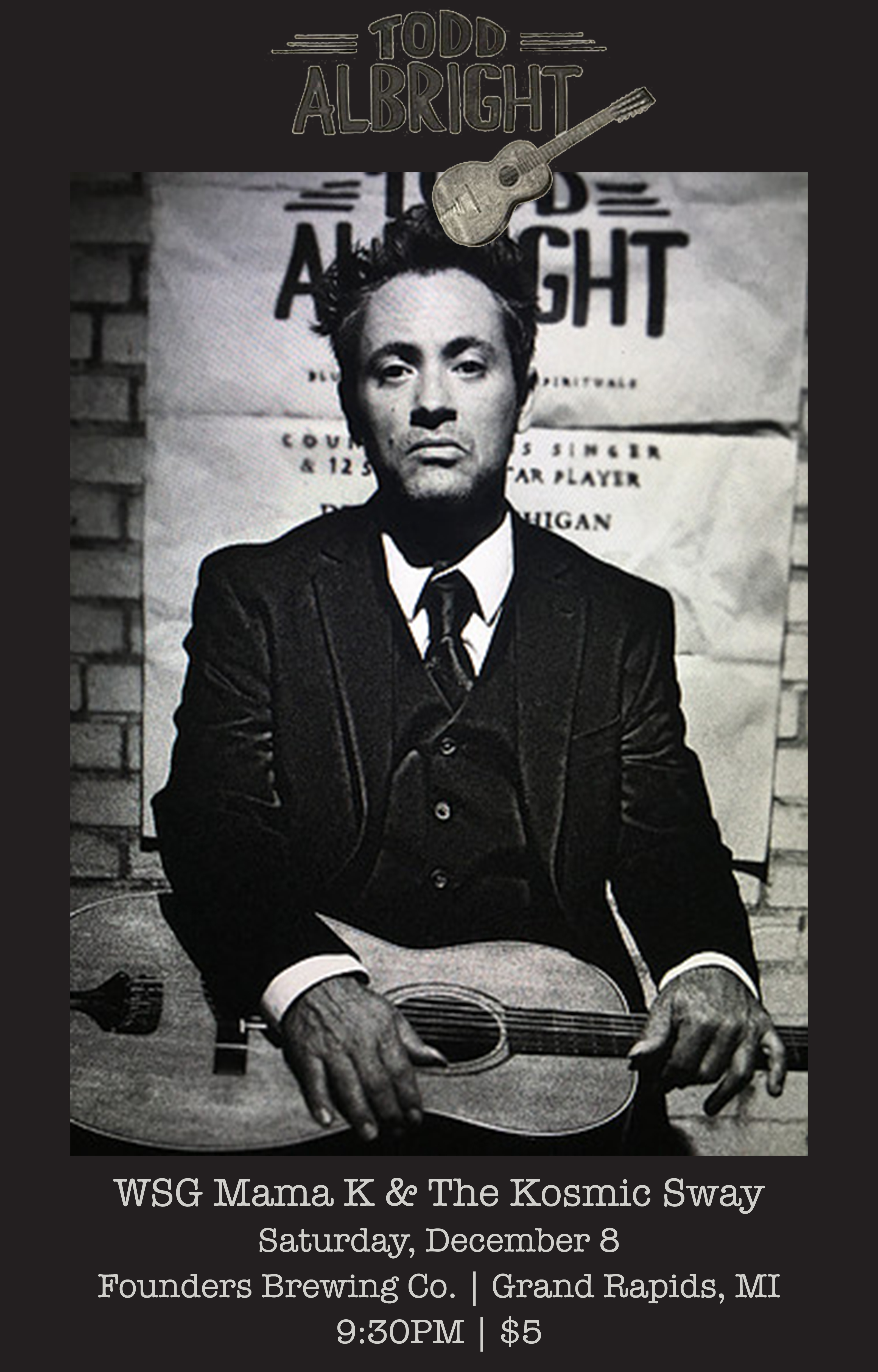