The genesis for the Theatre Bizarre Orchestra ignited when David J. (frontman of Bauhaus/Love and Rockets) joined award-winning jazz ensemble, Planet D Nonet for an impromptu performance of the Bauhaus classic, “Bela Lugosi’s Dead” at the 2014 Theatre Bizarre Gala.

Their collaboration resulted in both a spontaneously unique rendition of the song — Bela Lugosi meets Cab Calloway’s “Minnie the Moocher” for a delirious sojourn into Chinatown to ‘kick the gong around’ — as well as the amalgamated birth of the TBO. Recording at Detroit’s celebrated Tempermill Studio with seasoned engineer, David Feeny (The White Stripes/Jack White/Loretta Lynn), David J. and the talented arranger/band leader/saxophonist/clarinetist, Joshua James have brought their first album, Carpe Noctem to life!

Through their music, David J. and the Theatre Bizarre Orchestra have managed to capture the off-kilter essence of Bacchanalian abandon; the musical distillation of twisted circus and dark carnival associated with the Theatre Bizarre. 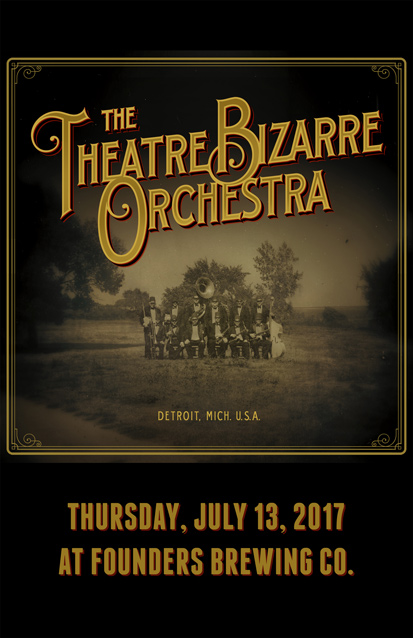