THE ZANNIES
The Zannies began as an indie solo project by Ben Steer in early 2013, who learned classical guitar at the age of 12 and began writing and self-producing music at age 17. When childhood friends Eric Satterlee and Peter Slack invited Steer to play bass for an afternoon jam session, he began studying the instrument and quickly gained an affinity for slap and funk technique inspired by bassists like Victor Wooten and Les Claypool.
Today, The Zannies are recognized for a signature bass-driven hard rock style and a wide range of songwriting, from a 12-bar blues progression to punk rock to psychedelic. The band has been described as “blues punk” for their use of pentatonic guitar solos over a punchy rhythm section and blunt vocals.
Lyrically, The Zannies’ songs are personal stories guised with humour and sarcasm, with clever hooks and earworms woven between heartbreak and the confusion of growing up. Their live performances have been described as fun, energetic, and even ballsy. Since the addition of drummer Josh Worsham, formerly of Jesse Ray & The Carolina Catfish (Grand Rapids rockabilly), the outfit has further progressed to an alternative sound likened to Incubus, Artic Monkeys, and Cake, with the freedom of a jam band that is never afraid to put a new spin on their material. 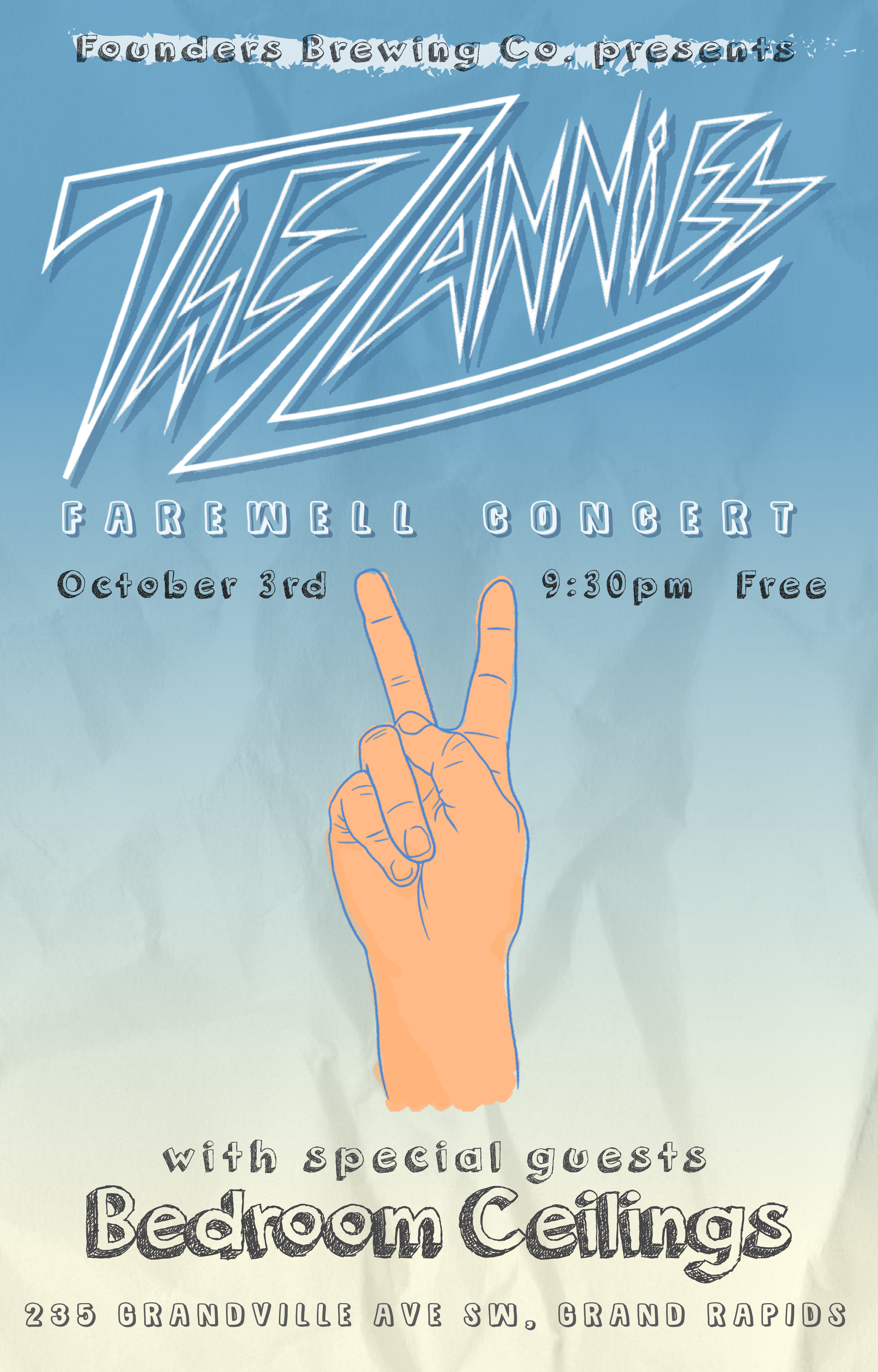