To find a musical soulmate, someone with whom to explore your innermost feelings, unite artistic languages, and craft a shared voice is a daunting, even mysterious, undertaking. Some writers spend years searching and never uncover the other half they seek; for others, a partnership just flicks on like a light. The origin story of the hauntingly beautiful duo The Western Den is wonderfully curious in just this way: Deni Hlavinka, an introspective pianist from small town Virginia, posted a song idea on a college forum for accepted students. Chris West, a bright-eyed guitarist from Bermuda, sent back the song the following day in finished form. Upon meeting in person, they discovered their musical—and personal—bond was eerily close; there was never a discussion of forming a band, never a conscious choice, it just happened, fueled by a sheer desire, a necessity to pursue what felt right.

The act of reaching out in search of a common creative haven—that same force which brought Hlavinka and West together seven years ago—is a theme of ‘A Light Left On’, their forthcoming debut record. A careful labor of love, it emerged over the course of two years as a set of demos, which the pair then tracked meticulously over a six-month span. This restraint stands in stark contrast to their previous releases, two EPs which they hurried to release with the same speed and enthusiasm of Hlavinka and West’s initial long-distance collaboration. The result of their patience this time around is an ornate emotional garden, lovingly cultivated and ready for company. In their songwriting, arrangements, and production choices, the band leaves behind the folk label, which always felt like a safe descriptor yet never quite like home, pushing out into orchestral, ethereal, and chordally complex territory, while preserving their sweeping vocal harmonies, at once lush and modest, unmistakably the foundation of their partnership.

‘A Light Left On’ details a coming-of-age search—for purpose, for an environment that feels authentic. From its inceptive command to “raise it up, give a name / call it close, temporary though all the same”, the album announces its creators’ desire to define themselves within a turbulent landscape of thoughts, to have a light left on somewhere that feels permanent. Absent of that flag-planting resolution, the record offers up the belief that a light is still out there—‘I’m still holding on, still, still I’m holding on’—as if spoken to themselves as a mantra, on repeat, to reassure and encourage.

The Western Den showcases a mature pursuit of beauty that is all their own, and yet they capture the emotional soul-searching that exists in all of us, whether we hide it from the world or share it. In Hlavinka and West’s case, they have chosen to share it, extending their trust in each other to their audience. 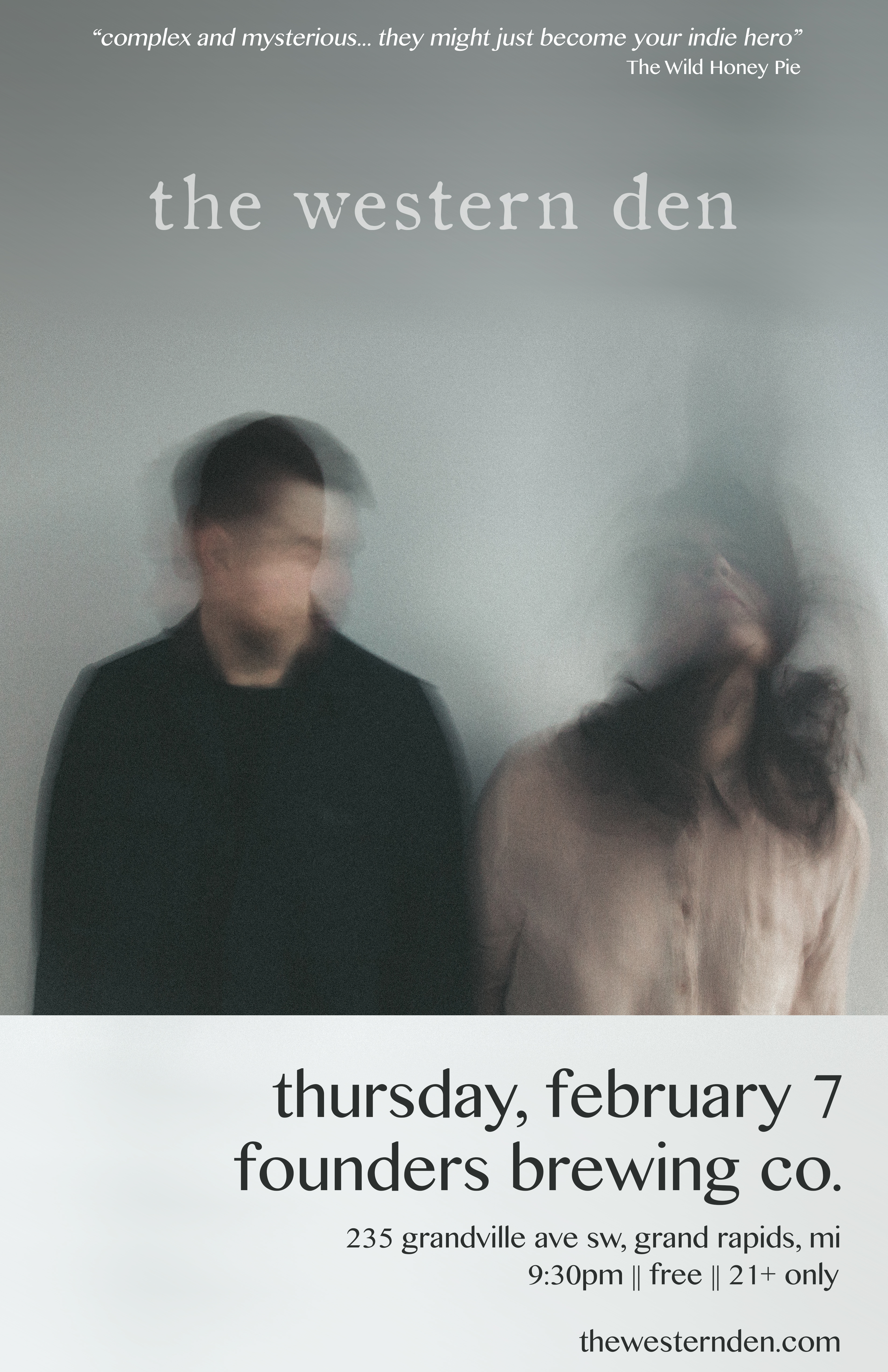