The Way Down Wanderers (Soulful Bluegrass & Americana from Peoria, Illinois)

Equal parts fast-paced and soulful, 5-piece modern-folk Americana act, The Way Down Wanderers, draw listeners in with energy, originality and soulful generosity. Playing, performing and writing together for just 2 years, the Wanderers have built an enthusiastic and fast-growing following across the country, selling out shows in towns they have never visited before.

Youthful and professionally trained, these young men captivate audiences with soaring instrumentals, foot stomping sing-alongs and a lively stage show and have created a buzz for themselves with their unplugged, off-stage encores and propensity for performing self-titled, “restSTOMPS” – free acoustic sets at rest & truck stops along their tour routes.

The band’s debut EP, “Path to Follow” and their brand new live EP, “Wellspring” are available wherever music is sold. The band’s first full-length album, produced by Mike Marsh of the Avett Brothers and recorded at Sonic Ranch in El Paso TX, is due to release in the Spring or Summer of 2016. 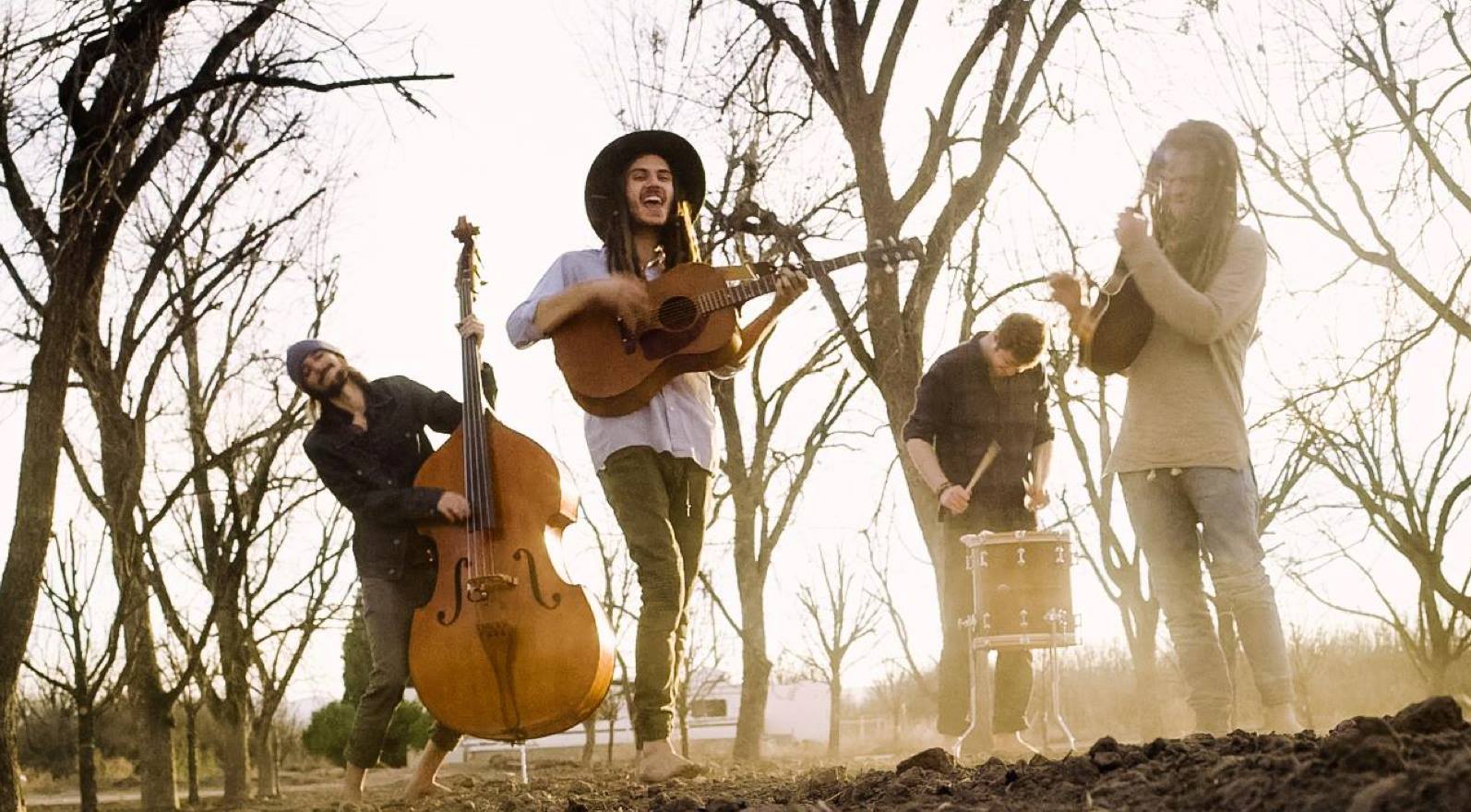 Front-men and founders, Austin and Collin, met in their hometown of Peoria, IL when they joined the same folk band and embarked on their first tour at the ages of 14 and 18 years old. The two became fast friends and soon began writing music together, ultimately forming The Way Down Wanderers when Collin was 16 and Austin, 20 years old.

Austin Thompson – guitar, lead & harmony vocals as well as percussion in the studio. Austin studied music at the collegiate level where he grew as a musician. Austin finds much inspiration for his lyrics in the beauty of nature and his love for hiking. He adds his unique musical influences of rock, folk and the spoken word to the music he writes and performs.

Collin Krause – just 18 years old, Collin plays mandolin, fiddle and sings lead and harmony vocals for the band. Collin became involved in music when he began taking classical violin at the age of 3. Growing up around traditional roots & bluegrass music had a big influence on him. Collin enjoys writing, co-writing and arranging music for the band.

John Merikoski – Drums, Percussion. John has been playing drums since age nine and is featured on dozens of recordings, ranging from Jazz and Metal to Hip-hop and Bluegrass. In 2012 he was awarded a full ride scholarship to study Jazz performance for drum set at the University of Illinois where he has taken a break to pursue The Way Down Wanderers, full-time.

Travis Kowalsky – Travis is from Alpena, Michigan and has played music all of his life. Travis grew up playing folk and bluegrass in his family band, and is an accomplished mandolin, fiddle, guitar, and banjo player. 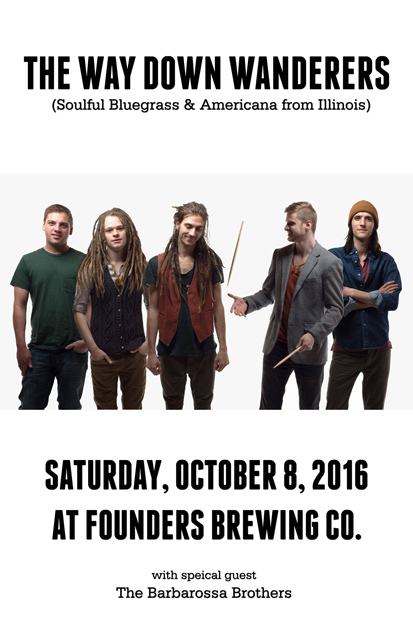