The duo that call themselves The War and Treaty: the name itself represents the pull between trauma and tranquility, music inspired by darkness and despair that ultimately finds a higher spiritual purpose. It’s a sound manifest on the group’s upcoming EP, Down to the River.

For Michael Trotter Jr., the journey began in 2004, when he arrived in Iraq, an untested soldier stricken by fear and self-doubt. His captain made it his personal mission to see to Trotter’s survival. The unit was encamped in one of Saddam Hussein’s private palaces, and in a forgotten corner in its basement, they found a black upright piano that once belonged to the dictator himself. When Trotter shared the fact he could sing, he was encouraged to teach himself to play piano on that confiscated keyboard. “I wrote my first song after that captain was killed,” Trotter recalls. “I sang it for his memorial in Iraq.” Soon after it became his mission to sing at the memorial services for those that had fallen. For the next three years, he sang songs that brought solace and comfort to the members of his unit. His efforts eventually garnered wider recognition as well. He came in first place in “Military Idol,” the army’s version of “American Idol,” during a competition held in Baumholder, Germany. Following his discharge, he was featured on the Hope Channel program “My Story, My Song.”

Then he met Tanya Blount. Blount a seasoned performer whose musical influences include Mahalia Jackson, Dolly Parton, Sister Odette and Aretha Franklin was amazed by Michael. “His personality drew me in initial and then the sparks started to fly. I knew that I was hooked”. recalls Tanya. The two fell in love, got married and used the experiences they had gained to create a new musical collaboration. 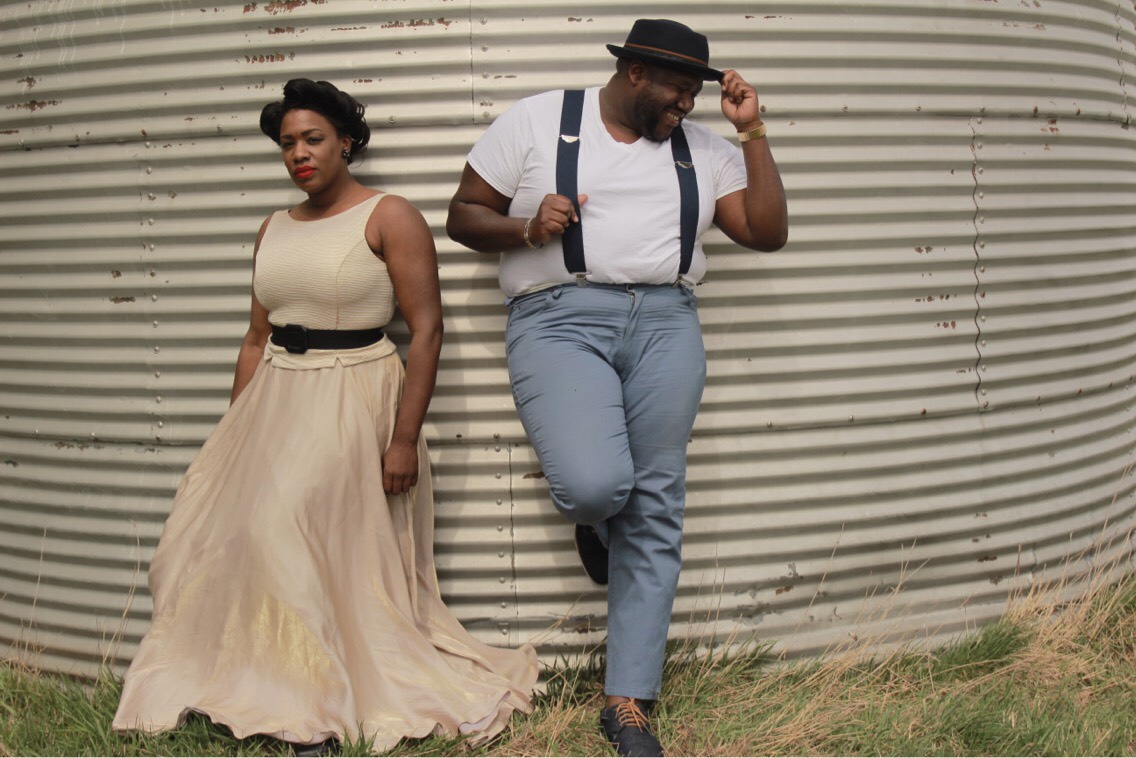 The couple then secured the services of musicians whose skills add a distinctive sound to The War and Treaty’s blend of roots music, blue grass,folk, gospel and soul. Recorded in Albion, Michigan, Down to the River  boasts a sound that’s both stirring and sensual, driven by joy, determination and an unceasing upward gaze. The music is visceral but never morose, flush with emotion but void of despair… a style that touches on a variety of genres, but never finds itself confined to anyone. The arrangements are uncluttered– harmonies, basslines, guitar and mandolin licks, settle drum patterns and keyboards create an immensely moving soundscape — but the sentiments and emotions are fully realized and soar with a steady, chilling assurance.
“The recording process wasn’t like anything I ever experienced,” Tanya recalls. “This EP has allowed me to breathe musically. I feel like all I have wanted to express for the past ten years has come forth with what we’ve done. The combination of heart, soul and the overwhelming amount of love that Michael and I have for one another comes across in this record.”
“I was sitting on the banks of the Euphrates River in Baghdad dreaming about one day being able to play and sing professionally for people all around the world,” Michael reflects. “As we recorded our music, I constantly had flashbacks of those desert dreams. I thought to myself that this is actually the perfect ending to usher in a new beginning in my life.”

That beginning can be heard in the album’s first single “Hi Ho,” a WMNF hit that is now being heard on radio stations throughout the country. Still, for all their optimism and initial intent, The War and Treaty, knows that as their name suggests, perseverance is key to success. They continue to tour, their five year old son in tow, hoping to share songs of reconciliation and humanity. 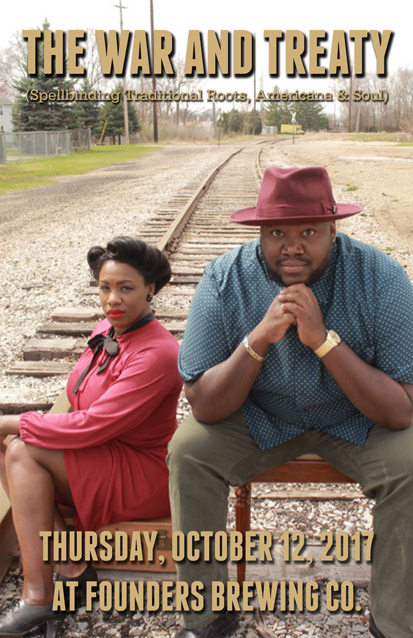