The Toasters (Ska Legends from NYC)

The Toasters are one of the original American third-wave ska bands. Founded in New York way back in 1981 by Buck. We’ve released 9 studio albums, with labels such as Moon Ska Records, Megalith Records, Celluloid, Stomp Records, Caroline Distribution & Skaloid.

Buck is the only constant member in the band. He moved over to the US to manage the Forbidden Planet comic book store, one year later he formed The Toasters. Our first show was opening for Bad Brains that same year, and later along in ’83 we released our first single Beat Up.

Two more years along and we reach Recriminations, our debut EP, produced by Joe Jackson. This was the point Buck decided to create Moon Ska Records, this would be the label for Recriminations.

Over the following years we expanded with the addition of a brass section, releasing Skaboom! in 1987. Since then, the lineup has seen many new faces (regular contributors included Coolie Ranx, Matt Malles, Brian Sledge, Lester Sterling – followed by a huge etc.), we released a bunch more albums, singles, EP’s & compilations – all available in our toastography. Our latest releases being One More Bullet (LP), in 2007 for our 25th anniversary & House of Soul (7″) in 2013.

Up to today we’re still touring around the world, filling the dance-floors with ska. While we’re at it we’ve also brought out a couple of hot-sauces & brews.

So come down to a show – checkout the supporting act(s), skank to our tunes, and you might even have some beer-money left over for merch! 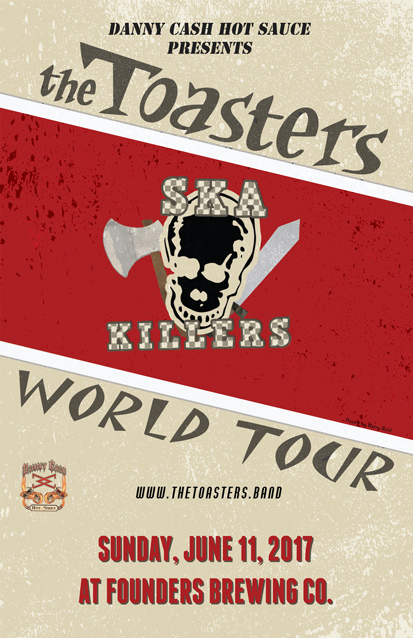