Join us in the taproom for a free LIVE performance by The Sailor Kicks wsg Downtown Brown! This show is for all ages and starts at 9pm, so grab your friends and family and hang out with us for a night of awesome music and delicious beer.

Downtown Brown has been a band for 20+ years. Started in the suburbs of Detroit in a beer-soaked basement in 2001, DTB has since become a nationally touring entity, with 7 albums under our belts. If you can name another band that has done a children’s song with Insane Clown Posse, served as the backing band for H.R. of Bad Brains, made an album with Norwood Fisher of Fishbone, and toured with the likes of Dead Kennedys, The Adicts, and TSOL …we’d be surprised. It’s been a weird ride for a weird mutant band playing funk, punk rock, heavy metal, ska, and everything in between. The goal is to make more cool stuff and play some cool shows before we die. 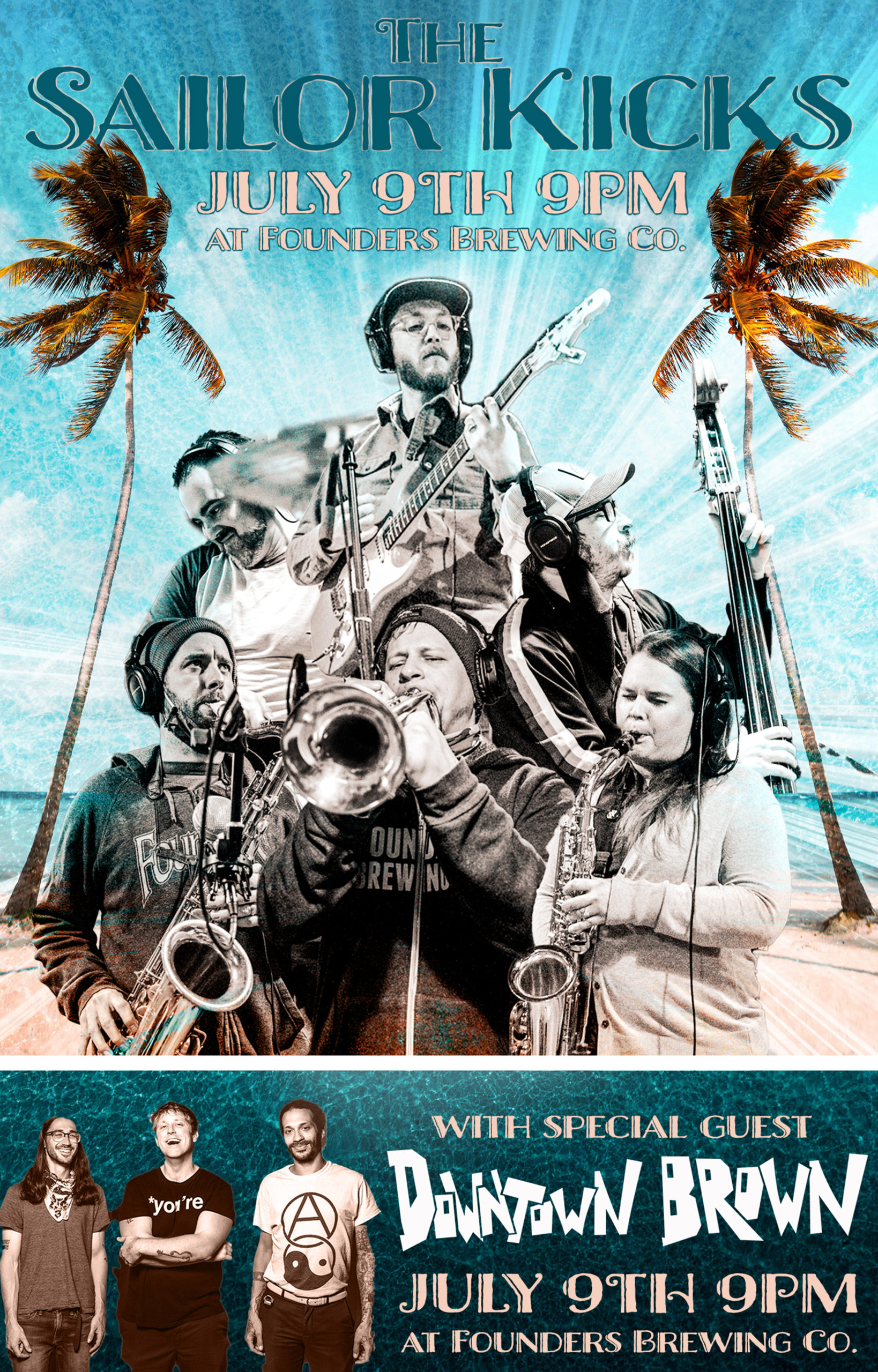