There are only so many times you can take back that cheating lover or accept excuses from a lazy scrub. It’s easier said than done, but one soul band is taking a stand. The Right Now isn’t going to take it anymore. The Right Now is fed up. And on their second record, The Right Now Gets Over You. The challenging title is a reality check, but delivered with a smile from singer Stefanie Berecz. “It’s just a representation of the stories in the songs. Nearly every track has a cheating character, or someone who’s had enough of their lover. It’s a mixed bag of empowerment and regret.” Gets Over You continues the “it’s complicated” theme of 2010′s Carry Me Home, although this outing shows Berecz in a darker, seedier role.

Recorded in a cathartic, week-long session in Los Angeles with producer Sergio Rios (Orgone), Gets Over You takes the Chicago septet’s soulful sound to the warm, crackling world of analog tape and vintage instruments. Berecz’s voice, often compared to those of Chaka Kahn and Joss Stone, takes center stage. The band shines with raw, gritty performances and elegant arrangements that are the result of countless hours of performing, rehearsing, and traveling together. Berecz’s emotionally-charged vocal performance has been the band’s calling card at over 200 shows in the past two years. The Right Now’s electrifying live show has earned them a reputation as “dynamic, complex, hip and just downright fun” (Gapers Block).

“It takes a man to admit that it’s over,” Berecz confidently croons on “Half As Much.” “But if you can’t, I can do it for sure.” While Stefanie Berecz may have gotten over the man in this song, audiences won’t be getting over her any time soon. 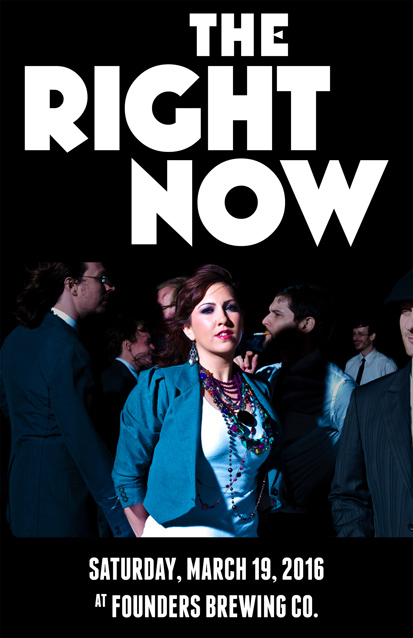