Nick Dittmeier and the Sawdusters (Alt-Country & Americana from Louisville, KY)

For years, “home” was a place The Ragbirds rarely visited. The band’s music — a genre-bending hybrid of indie-pop melodies, global rhythms and songwriting styles influenced from all over the world — was as broad as their audience, which stretched from the group’s hometown of Ann Arbor, Michigan, to the shores of Osaka, Japan (where they scored a Number One pop hot with the song “Book of Matches”). Show by show, in venues ranging from rock clubs and performing arts centers to festivals encompassing everything from bluegrass to electronica, The Ragbirds developed a well-deserved reputation as one of the most dynamic, high-spirited live bands in roots music. 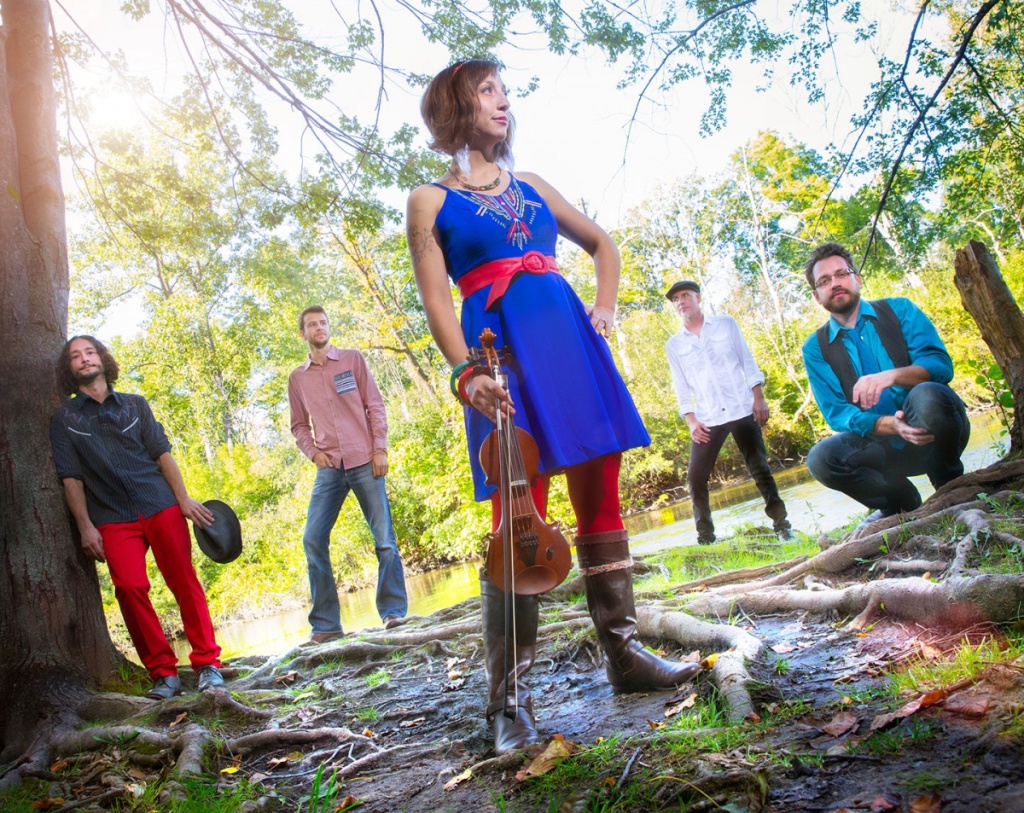 Written and recorded in the wake of the birth of co-founders Erin Zindle and Randall Moore’s first child, ‘The Threshold & The Hearth’ — the band’s fifth studio album, out March 25 on Rock Ridge Music – adds another dimension to the band’s catalog.  It’s an album that explores the ways in which love and family relationships can weather the storms of life, year after year. An album that asks questions. An album that offers an answer, too: hope.

2007′s travel-themed “Wanderlove” was Homegrown Music Network’s #1 selling album in the fall of 2008. Erin’s brother, guitarist T.J. Zindle, joined the band in 2008 and brought a grittier rock-n-roll edge to The Ragbirds’ sound while multiplying the band’s stage energy.  The 2009 international release of “Finally Almost Ready” saw the band invade Japan with the single “Book of Matches” reaching #1 on the charts in Osaka.  In 2010, The Ragbirds reached yet another milestone in their young careers when they independently marketed and sold their 10,000th album.

The Ragbirds albums have received local and national praise, hailed “Highly impressive!” by USA Today and touted as “Astounding international eclecticism” by Reveal Arts.  The band has performed in over forty-five states to a tune of 150+ shows a year, The Ragbirds have become festival favorites.  They have won over crowds at  Electric Forest, 10,000 Lakes, CMJ Music Marathon, Summer Camp, Wheatland, Blissfest, Wookiefoot’s Harvest Fest,  Ann Arbor Folk Festival, Hookahville, to name a few; and have shared stages with Brandi Carlile, Rusted Root, Matisyahu, Railroad Earth, John Butler Trio,  Toubab Krewe,  Cornmeal, Greensky Bluegrass, Hot Buttered Rum,  Jeff Daniels, The Everyone Orchestra, The Duhks, and many others. 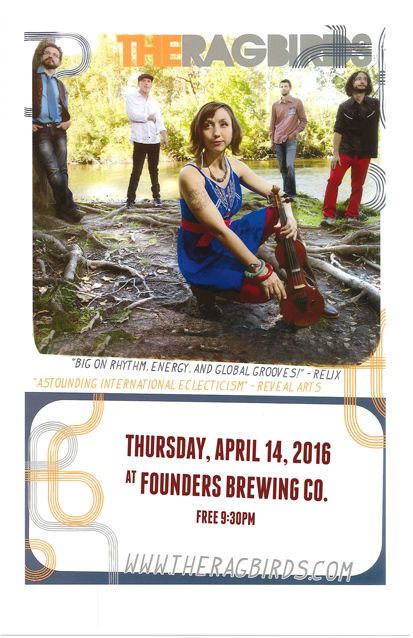