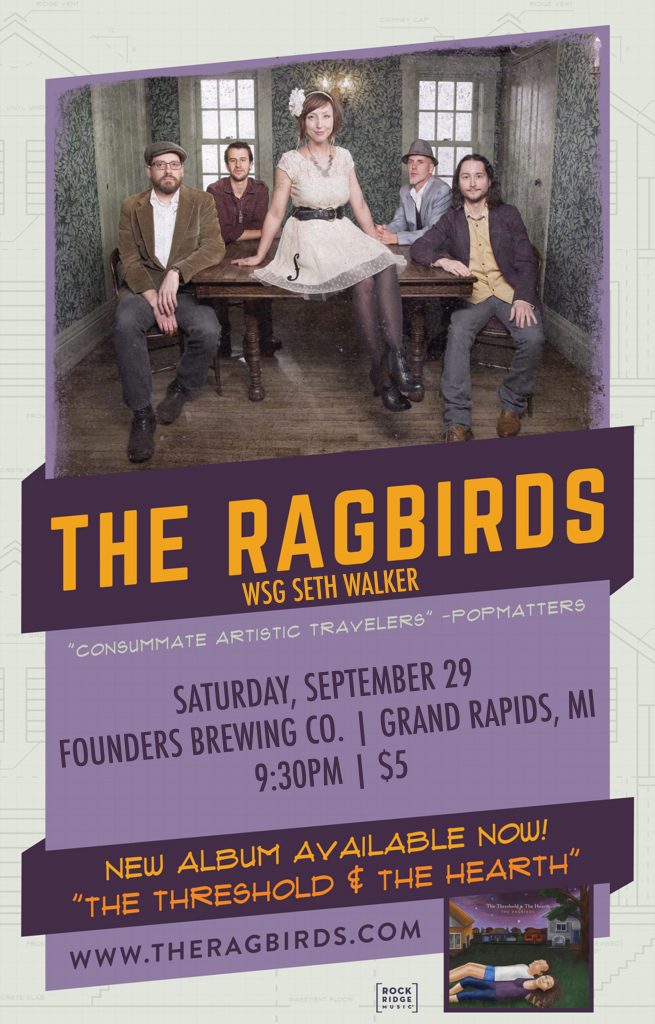 Written and recorded in the wake of the birth of co-founders Erin Zindle and Randall Moore’s first child, The Threshold & The Hearth— the band’s fifth studio album, out March 25 on Rock Ridge Music — adds another dimension to the band’s catalog.  It’s an album that explores the ways in which love and family relationships can weather the storms of life, year after year. An album that asks questions. An album that offers an answer, too: hope.

“I’ve been traveling with bands since I was a teenager,” says Zindle, a multi-instrumentalist who doubles as the band’s chief songwriter and frontwoman. “I’ve written a lot of songs about my experiences on the road. For a while, The Ragbirds played a lot of different styles of world music: Celtic, tango, African numbers, gypsy-sounding pieces… You could pinpoint those songs to a specific region, so the music itself felt like a tour around the world. But we’re coming home with this album. There’s still a worldly feel, but there’s also the sense that The Threshold & The Hearthis the sound we’ve been searching for. I feel like we’re the alchemist who traveled so far, only to discover that what he was seeking was always at home.”

Released three years after 2013’s We Belong to the Love, a live album that shone a light on the band’s punchy, positive-minded stage show, The Threshold & The Hearthis louder and livelier than anything they’ve done before. The guitar solos, played by Erin’s brother T.J. Zindle, point to a longtime appreciation for rock and roll. The deep-seated grooves, performed by the three-piece rhythm section of drummer Jon Brown, percussionist Moore and bassist Dan Jones, mix punch with precision. And Zindle’s conceptual storyline for the album — a make-believe tale of two lovers who meet, fall in love and spend the next 20 years dealing with the joys and struggles that come with any long-term relationship — turn The Threshold & The Hearthinto a universal album that appeals to anyone looking to forge a home out of the chaos of everyday life.

Over the past 10 years, Seth Walker has become recognized as one of the most revered modern roots artists in the United States; a three dimensional talent comprised by a gift for combining melody and lyric alongside a rich, Gospel-drenched, Southern-inflected voice with a true blue knack for getting around on the guitar. His latest studio album, Gotta Get Back, produced by Jano Rix of The Wood Brothers, is yet another masterwork that further expands upon this reputation.

Growing up on a commune in rural North Carolina, the son of classically trained musicians, Seth Walker played cello long before discovering the six-string in his 20s. When his introduction to the blues came via his Uncle Landon Walker, who was both a musician and disc jockey, his fate was forever sealed. Instantaneously, Seth was looking to artists like T-Bone Walker, Snooks Eaglin, and B.B. King as a wellspring of endless inspiration. The rest is history. He’s released seven albums between 1997 and 2015; breaking into the Top 20 of the Americana charts and receiving praise from NPR, American Songwriter, No Depressionand Blues Revue, among others.

In addition to extensive recording and songwriting pursuits, Seth is consistently touring and performing at venues and festivals around the world. Along with headline shows, he’s been invited to open for The Mavericks, The Wood Brothers, Raul Malo, Paul Thorn and Ruthie Foster, among others.

Seth Walker is currently splitting his time between New Orleans and New York City after previously residing in Austin and Nashville. He’s used those experiences wisely, soaking up the sounds and absorbing the musical lineage of these varied places. With a bluesman’s respect for roots and tradition, coupled with an appreciation for—and successful melding of—contemporary songwriting, Seth sublimely incorporates a range of styles with warmth and grace. Perhaps Country Standard Timesaid it best: “If you subscribe to the Big Tent theory of Americana, then Seth Walker –with his blend of blues, gospel, pop, R&B, rock, and a dash country—just might be your poster boy.” 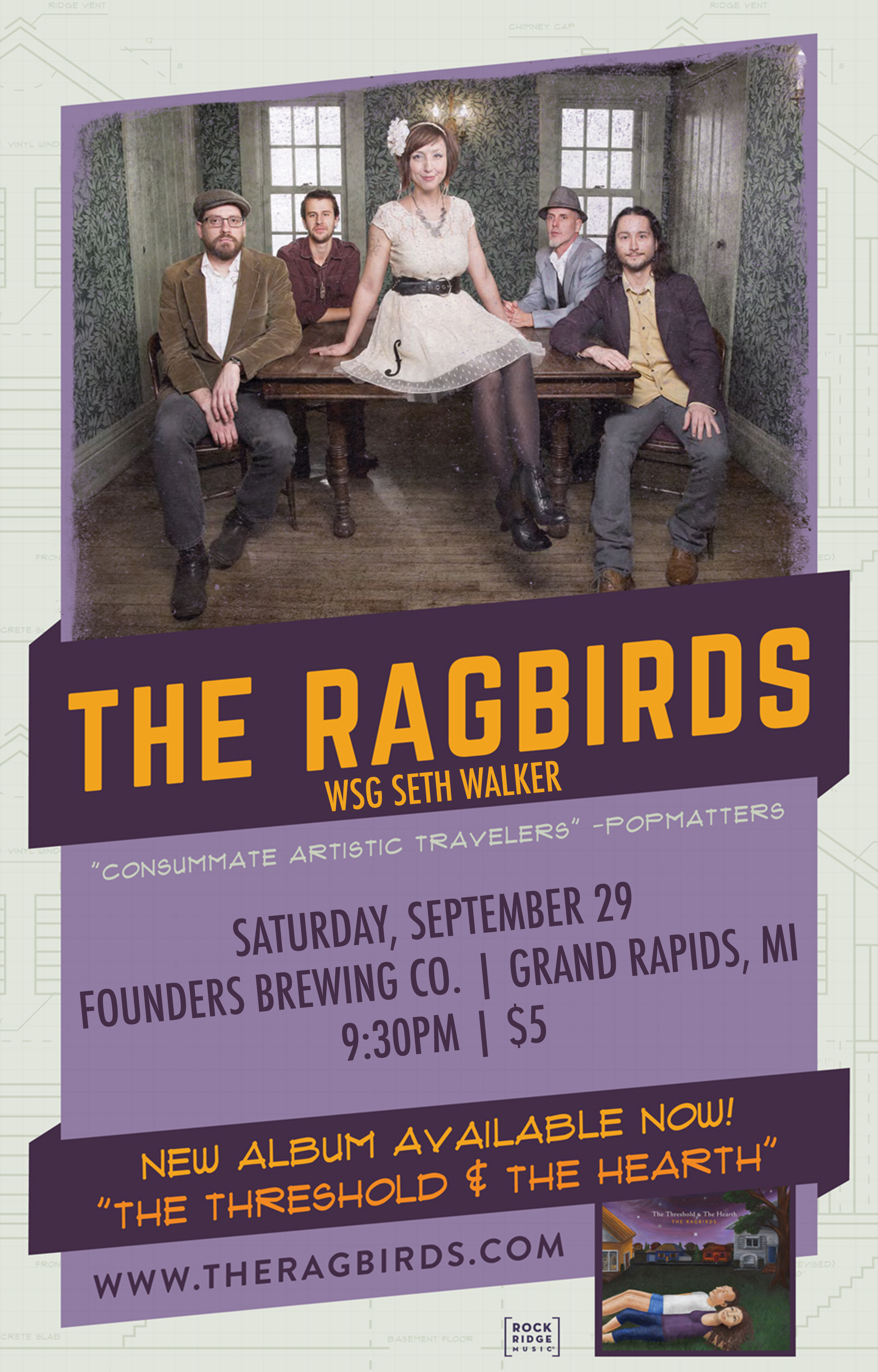