About The Rad Trads:

About Forest & The Evergreens:

Formed in Columbus Ohio in 2012, Forest and The Evergreens have been honing a smooth, spirited sound that melds Soul, Funk, R&B, Rock, and Blues into an at-times swaying and other-times punching end result they’ve dubbed “Young Funk.” The quintet launched its first independent release, Young Funk EP, in June of 2014.

The group has been recognized as a “Band To Watch” by multiple media outlets in Ohio, has played with bands such as Kendrick Lamar, Twenty One Pilots, The Districts, The Lumineers, Civil Twilight, and has performed at many notable festivals including The #Number Fest, Breakaway Festival, Midpoint Music Festival, Promowest Fest, CD102.5 Summer Fest.

Forest and The Evergreens are constantly writing. Expect many releases and more shows in 2017. 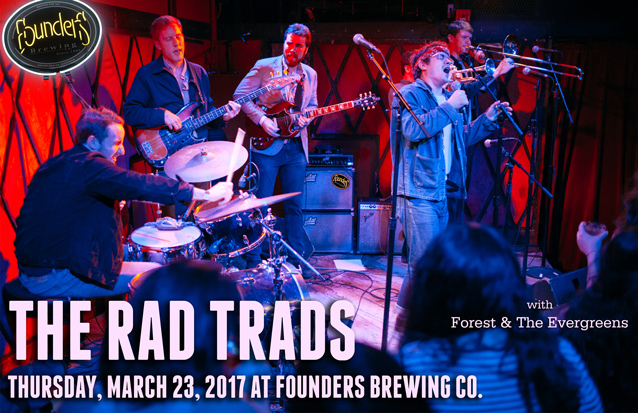 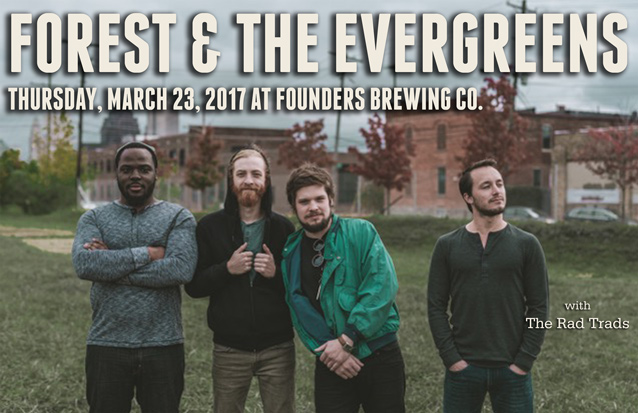