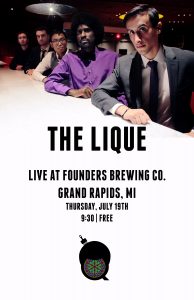 The Lique’s (pronounced “Leak”) debut album, “Democracy Manifest,” is the culmination of an 18 month journey together and the beginning of a multi-genre musical experience complete with a4-piece band, spoken wordsmith, and a buoyant stage presence comprised of storytelling, fan interaction, and choreographed routines; all served with a suit and tie. The band’s history is deeply rooted in Las Vegas, by way of Rasar’s hometown of Sacramento, CA. It was in Vegas where an impromptu jam session between Rasar (MC), Jason (Keys), Sean (Guitar), Nick (Bass), and Jeremy (Drums) would eventually lead to being recognized as one of the “10 Acts To Watch in 2016” by Las Vegas Weekly, a prominent national feature in “AFROPUNK” as well as being named “Best Band” by Vegas Seven Magazine.

This self-released project was spawned on the stages of the Sacramento & Vegas club scene and came of age at 11th Street Records in Downtown LV. Sold out clubs and show’s, featuring original music on the Las Vegas strip, became synonymous with The Lique and any of the bands live performances. This notoriety would earn them headlining gigs at “Brooklyn Bowl” in New York and Las Vegas, a main stage performance at “Life Is Beautiful Music Festival” as well as the cover of “Las Vegas Weekly” and “Submerge Magazine” in Sacramento. With songs like Batman, The Frequency, Billie’s Holiday, and The Suits, The Lique crosses over into many contemporary styles creating a modern fusion of live hip-hop. Musically, inspirations range from Janelle Monae to The Roots with Rasar “delivering quick- witted, rapid fire verses over classic hip-hop grooves.”

Safety Squad is an 8 piece fusion band based out of Columbus, Ohio. Formed by keyboardist Danny Bauer in 2015, Safety Squad started as a Snarky Puppy Cover band, and then moved into original material. Safety Squad released their debut album of all original music in the Spring of 2016, and since then has Headlined Comfest, played at Jazz and Ribs festival, Opened for Snarky Puppy, and traveled to Chicago, Cleveland, and Cincinnati for various different shows. Safety Squad is releasing their second original album in the spring of 2018, and plans to have larger tours covering more of the US in the summer of 2018. 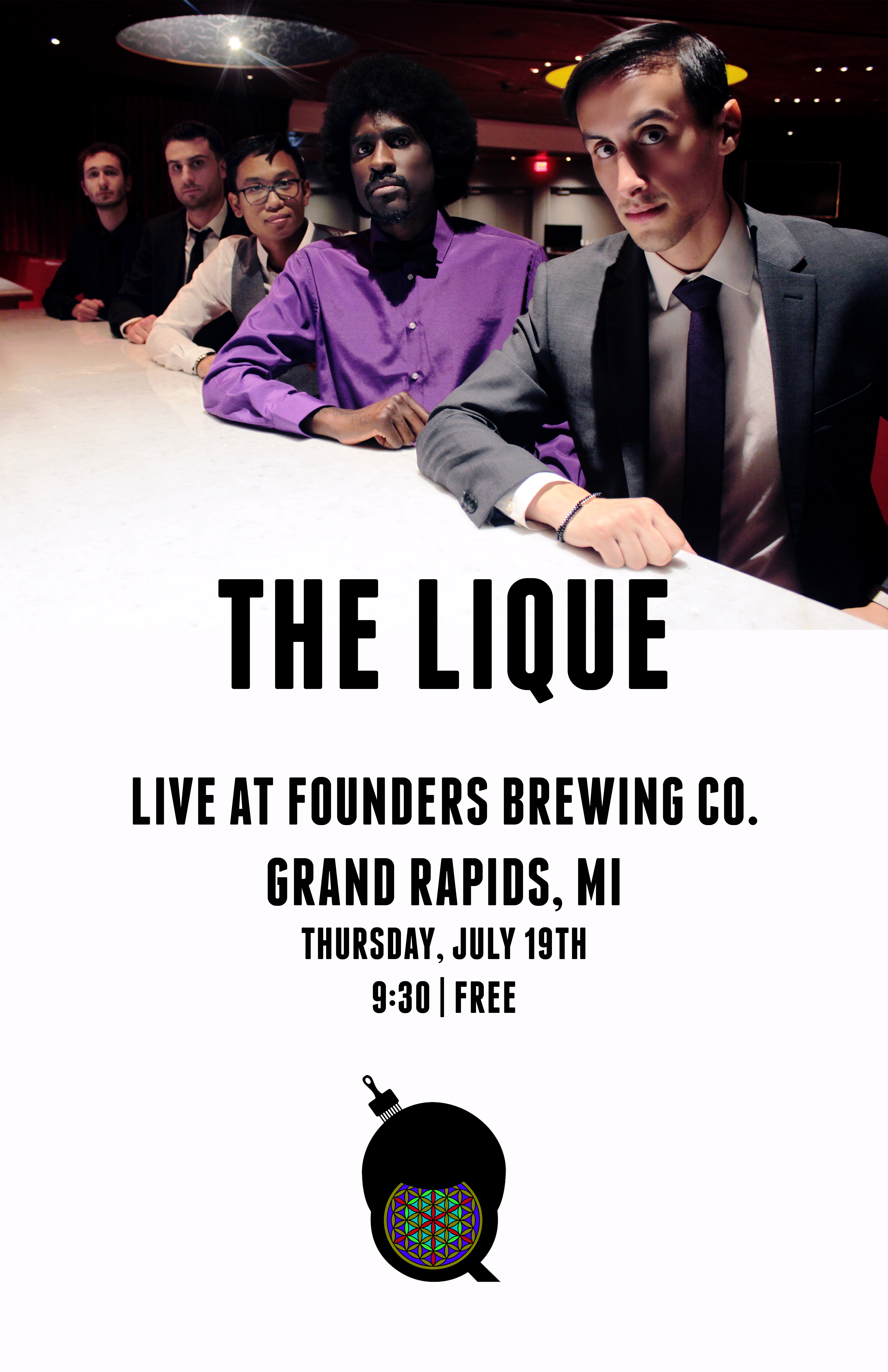