The Hooten Hallers are a blues, soul, and rock n’ roll band from Columbia, MO. They are: John Randall (Guitar/Vocals), Andy Rehm (Drums/Vocals) and Kellie Everett (Bass & Baritone Saxophones). Known for their raucous live shows and influenced heavily by the canon of American roots music, this hard touring band does everything in their power to bring that music to you. They have produced a number of self-releases since forming in 2007, but most recently released Greetings from Welp City(2012) and Chillicothe Fireball(2014) on Big Muddy Records. With another release brewing for 2015, The Hooten Hallers have every intention of driving ’til the wheels fall off. 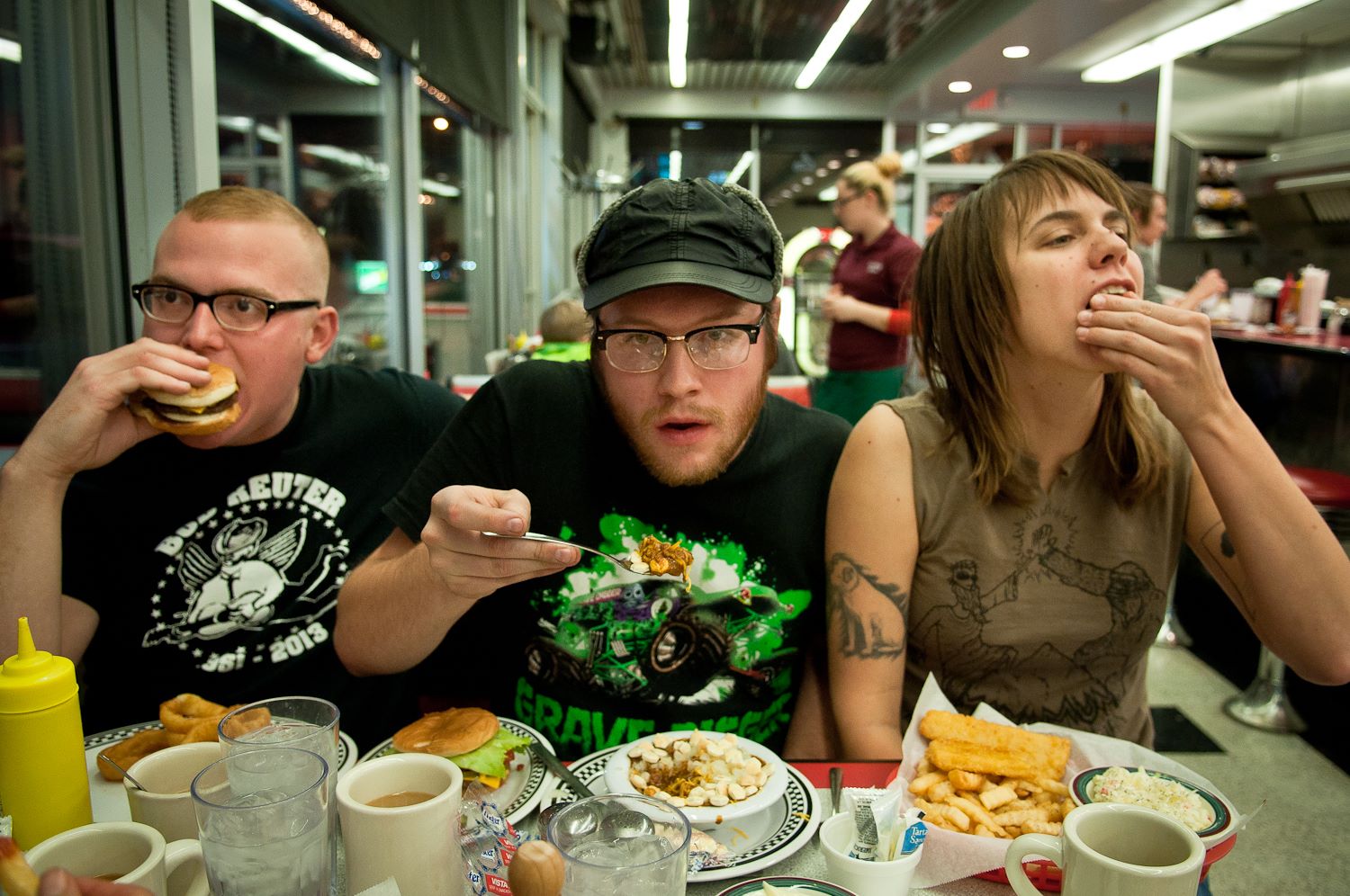