This is a free, all-ages show outside in the beer garden!

The Brandino Extravaganza is an energetic, versatile, charismatic loop-station based one man band whose sound is difficult to pigeonhole. He uses his loop station to build songs piece-by-piece in front of your very eyes, and into your very ears, with the help of his guitar, cajon, beatboxing skills, saxophone, and smooth singing voice. “A musical mixologist” he has been called, playing a blend of folk, funk, comedy, latin-infused, old-timey and classically influenced arrangement of both his own music and an eclectic mix of cover songs. You never know quite what you’ll get at a Brandino show, but the most common remark afterwards is “I was just smiling the whole time!” 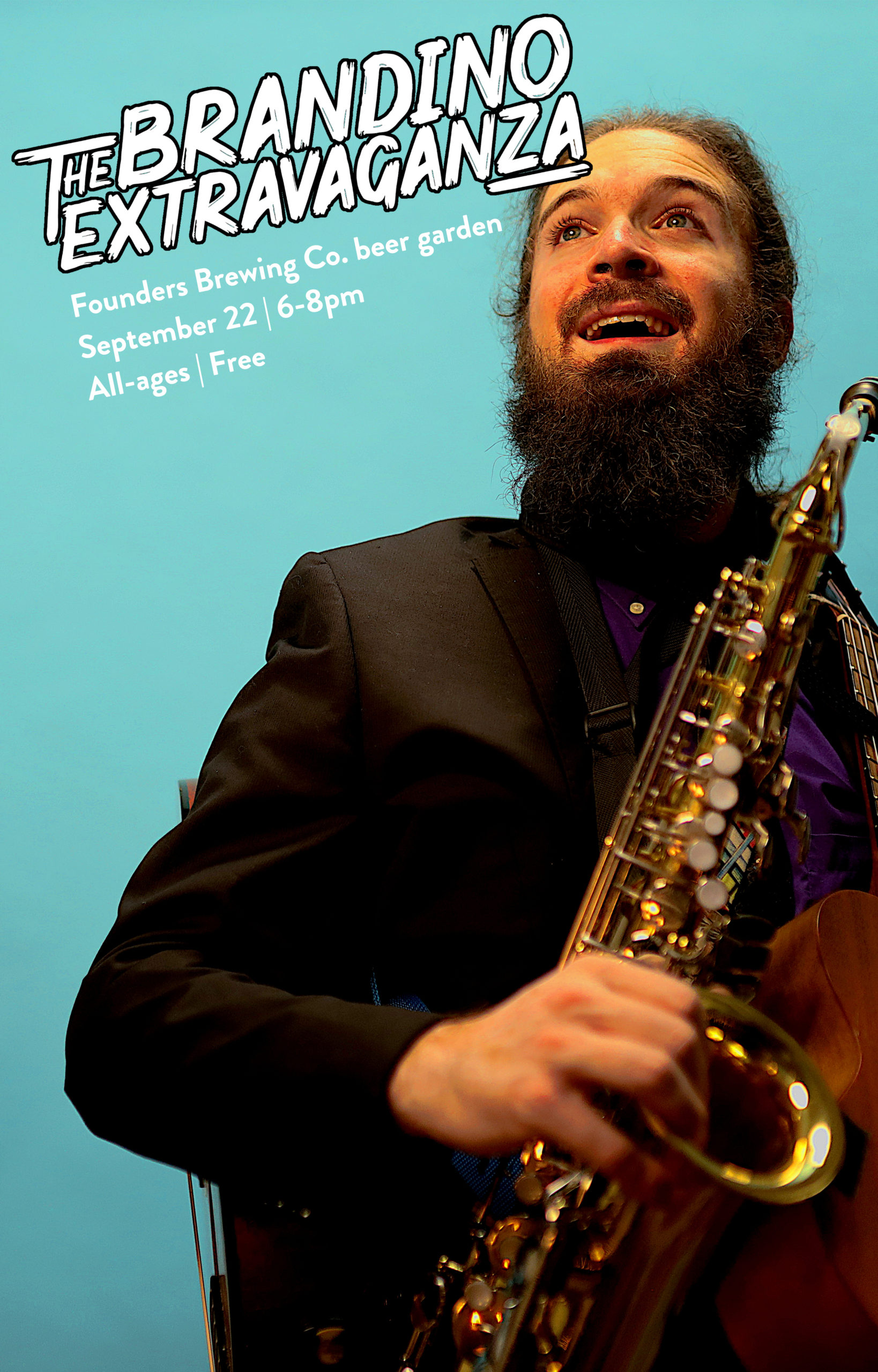