“The dictionary defines Americana as, ‘things associated with the culture and history of America, especially the United States.’ Well if that is the case then The Appleseed Collective is real Americana. I figured out sort of a mathematical equation last night- it’s like Satch plus Django plus Joplin plus Bob Wills plus a little Bill Monroe, but the sum is actually greater than the parts.” So said Jason Marck of WBEZ Chicago’s Morning Shift, introducing the band for a live segment in November 2014.

No Americana sound could ring so true without miles of highway to back it up, and The Appleseed Collective certainly has that- 2014 has seen them travel coast to coast in support of their two studio albums, Baby to Beast (2012) and Young Love (January 2014). According to Aarik Danielsen of the Columbia Daily Tribune, “Young Love sweeps out the various corners of American music, taking a long look at both the sublime and the strange. The group explores both dark and light in a way that other string-band revivalists haven’t touched.”

Formed in 2010, The Appleseed Collective has become a force of nature powered by their local community and developed by a strong sense of do-it-yourself drive. In an age of corporations and climate change, the band’s commitment to buying & selling local, eating from gardens, and being their own bosses has led to the kind of success that feels simply organic.

Each part of the Collective comes together to form an amalgam of complementary and contrasting elements. With a Motown session musician for a father, guitarist Andrew Brown was exposed to pre-World War II jazz on a trip to New Orleans. Shortly afterwards a chance meeting introduced him to Brandon Smith, violinist, mandolinist and improvisatory magician who grew up playing old time fiddle music. Vince Russo, multi-percussionist and van-packing savant, blends influences of funk, jazz and rock n’ roll on the washboard. Eric Dawe comes from a background of choral singing and studies in Indian classical music and provides the bottom end on the upright bass. The whole band sings in harmony.

The band’s latest release is a live album recorded in one night at world-renowned venue, The Ark in their hometown of Ann Arbor MI. On Live At The Ark (December 2014) the energy is palpable, the crowd ready to receive, and the band primed to deliver. With a mix of new and old material, as well as a few specially requested covers, Appleseed does just that. The album balances barn burners, old soul jazz, and sparse mood pieces, all suspended above a room hungry for more. It’s a daring spectacle but it pays off- the album feels at once electric and intimate, glamorous and genuine, or as Joshua Pickard at Beats Per Minute put it, “music best served alongside a roaring campfire but that also has the ability to challenge the rafters of any grand arena.” 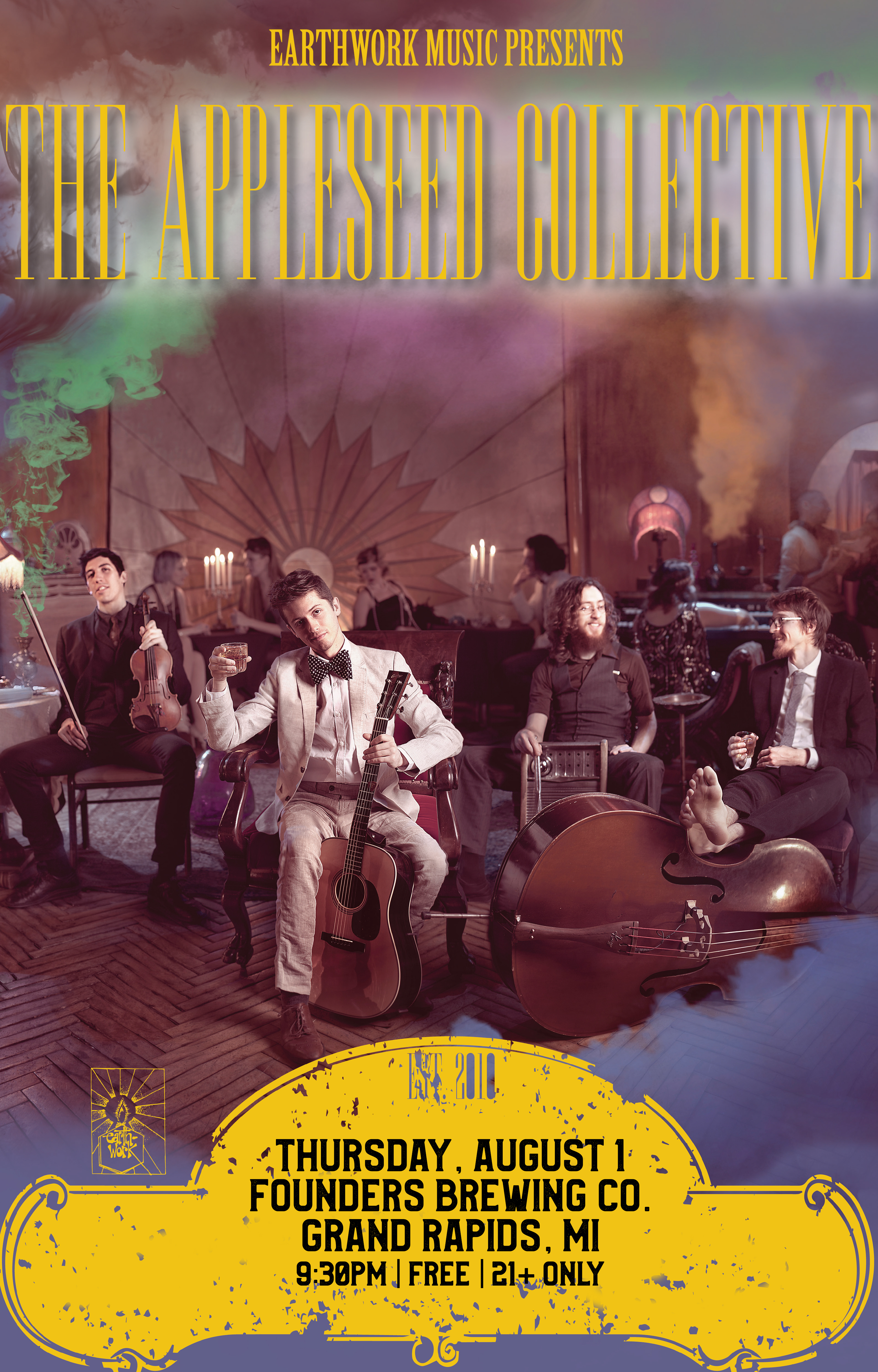