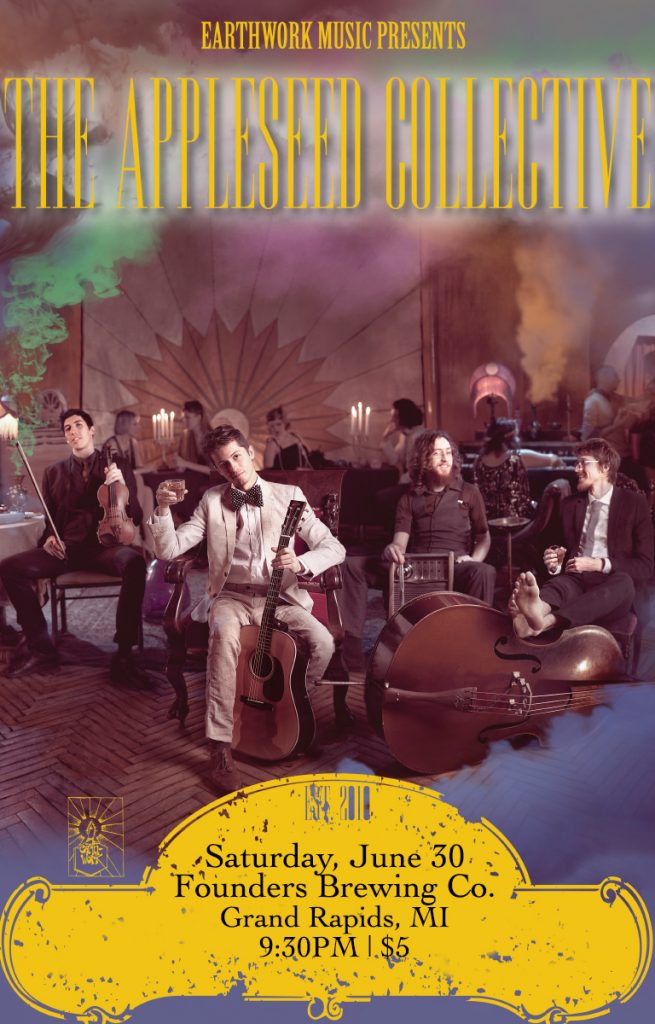 The Appleseed Collective is poised to become the new sound of string music. Riding the wave of the bluegrass revival beyond newgrass and into a strange new genre-bending territory, they explore the full range of dark and light, old and new, composition and improvisation in a deeply theatrical stage show that transports audiences through time.

“This is music best served alongside a roaring campfire, but that also has the ability to challenge the rafters of any grand arena.”
—Joshua Pickard, Beats Per Minute

The sounds of The Appleseed Collective are as diverse as the personalities that create them. Violinist/Mandolinist Brandon Worder-Smith grew up steeped in a rich rural Bluegrass and Irish fiddle culture. Driven to explore beyond the boundaries of tradition, he set off on foot to hitchhike around America searching for his musical kin. After a year and a half of wandering he stumbled across Guitarist Andrew Brown back in Ann Arbor MI, where the band now hangs their collective hats when not on the road. Downtown Andrew Brown, fast-talking vintage garb peddler and son of a Motown session musician had just returned from New Orleans with a piece of that dixieland sound. He gifted long-time friend and funk/rock drummer Vince Russo with a washboard, whose penchant for ripping percussion solos and untamed showmanship were only further enhanced, and the first incarnation of the band was born. Later the boys would join forces with bassist Eric O’Daly, whose passion for Indian Classical music and introspective yet fiery Irish nature would complete the Genre-Bending sound of The Appleseed Collective.

“[The Appleseed Collective] sweeps out the various corners of American music, taking a long look at both the sublime and the strange. The group explores both dark and light in a way that other string-band revivalists haven’t touched.”
—Aarik Danielsen, Columbia Daily Tribune

As a triune of songwriters, O’Daly, Brown, and Worder-Smith craft tunes from the sublime to the darkly evocative. In the space of their new 5 song EP, The Tour Tapes they swing from dim club storytelling swagger to rich vocal harmony, from hot club hot licks to spacey ambience, from old Irish reels to modern American indie. Despite the diversity of influences, The Appleseed Collective’s sound is unmistakably it’s own.

“The dictionary defines Americana as, ‘things associated with the culture and history of America, especially the United States.’ Well if that is the case then The Appleseed Collective is real Americana. I figured out sort of a mathematical equation last night: It’s like Satch plus Django plus Joplin plus Bob Wills plus a little Bill Monroe—but the sum is actually greater than the parts.”
—Jason Marck, introducing the band for a live performance on WBEZ Chicago’s Morning Shift in 2014 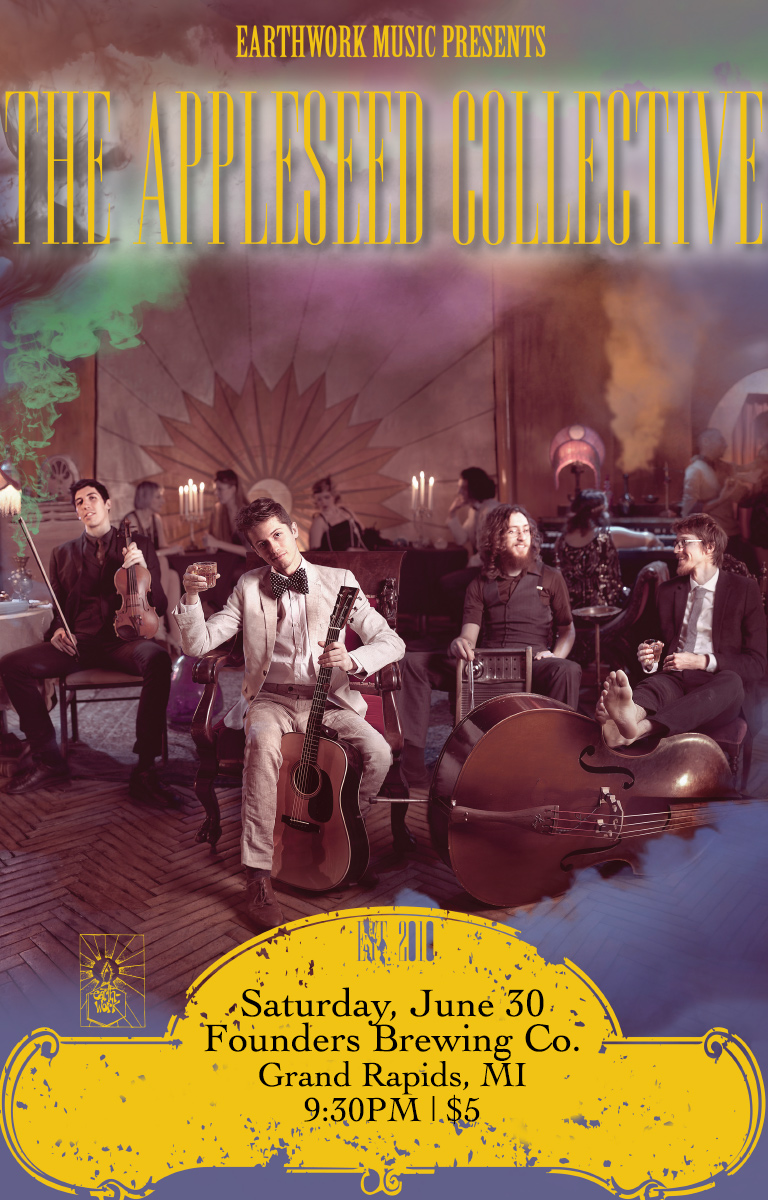