Founders Brewing Company invites you to a very special engagement with

Terrapin Flyer began in 1999 as the house band for the Sunday Grateful Dead Jam at the Boulevard Cafe in Chicago. Through the many associations developed there and many that have continued since, the band has grown into one of the premier Grateful Dead inspired touring acts in the nation. The band draws from the a variety of skilled musicians including Grateful Dead keyboardists Tom Constanten, Bob Bralove and Vince Welnick (RIP). They also tour with Jerry Garcia Band organist Melvin Seals and Ratdog guitarist Mark Karan. Additionally, they have done one off shows with guest musicians such as grammy award winning blues harpist Sugar Blue, guitar prodigy Fareed Haque, Furthur guitarist John Kadlecik and musician, songwriter and music journalist David Gans. The band has headlined major festivals and prominent venues across the nation. 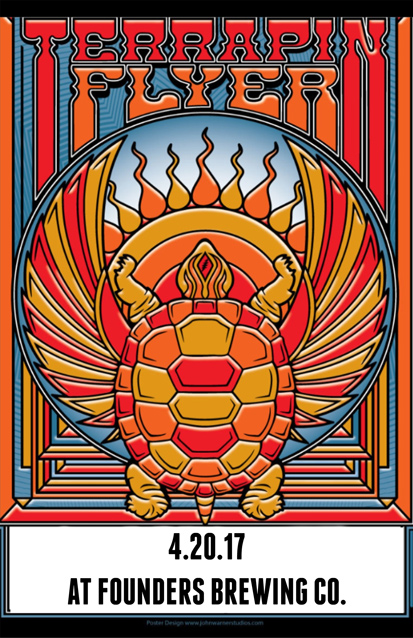