Their sound, though hard to define, has been referred to as “punk-blues”, “gutbucket soul” and “explosive stomp and groove”.  This high-octane trio from Boston, MA has been touring every year since 2008, taking their unique form of roots and blues all across the United States.

In 2013, Ten Foot Polecats were featured in Relix Magazine and their song, “Moonshine and Mud”, was featured on the accompanying October/November CD, along with songs by North Mississippi Allstars, Jack Johnson, and others.  The band also had two songs (“Moonshine & Mud” and “So Good To Me”) featured on episodes 8 and 10 of the History Channel show, “Hatfield and McCoy’s”.

In 2014 Ten Foot Polecats will be traveling half way around the world and back, literally. 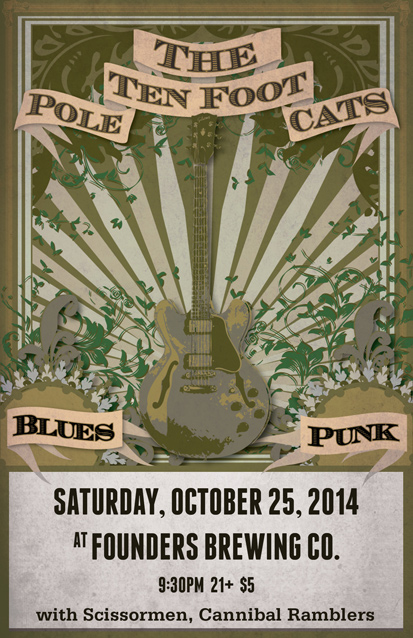