Stormy Chromer first landed on the Michigan music scene in early 2014. The band’s four members – guitarists Spencer Hanson and Brendan Collins, bassist Ryan King, and drummer Amin Lanseur – work together to create a new brand of improvisational rock. The band’s real-time compositional style has earned them a steady following of devoted fans in their hometown, as well as a reputation within the greater Michigan music scene.

Having played repeatedly longside nationally-touring acts like The Werks, Consider the Source, Aqueous, and The Main Squeeze, as well as with local live staples Rootstand and The MacPodz, Stormy Chromer has been characterized by the Ann Arbor Current Magazine as having “a jazz-like knack for spread-out jams that can still keep things tight and land on a dime.” The quartet followed up their debut “Peace of Pizza” EP with a full-length album, “A Tale of Two Mouths” in 2014, and 2018’s “Solid Sessions” EP. 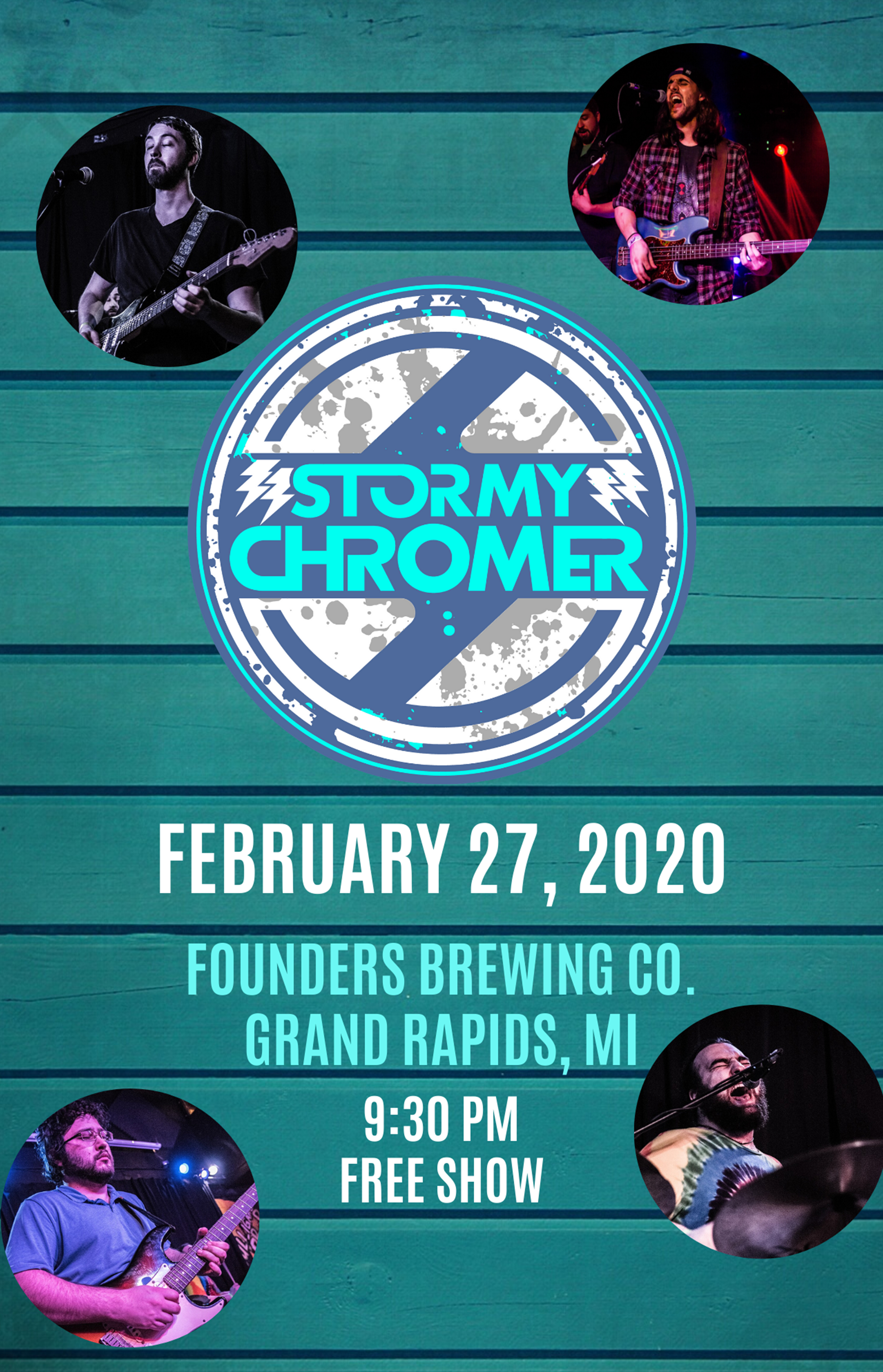