Mark your calendars for this free, all-ages LIVE show by Stay Outside wsg Birdie Country at the taproom on Friday, August 12!

STAY OUTSIDE
From the moment childhood friends Aaron Becker and Garrett Johnston first came together as Stay Outside in 2016, it was evident that this rock & roll band from the heartland had something special. It wasn’t until a few years later, that the Indiana natives caught their first glimpse of the national spotlight. After solidifying their lineup with the addition of drummer Noah Mitchener and releasing their 2019 EP Bottle Rocket , the trio made waves across the country when their self-produced, self-directed music video for “All The Way Down” landed on the front page of Reddit.

Stay Outside’s alternative-leaning tunes are held in place by frontman and lyricist Aaron Becker’s hopeful, honest approach to songwriting. While much of their music is more explosive in nature, their latest single “Overboard” finds the band exploring their surfier side. Since its release, Becker (vocals/guitar), Johnston (guitar), and Mitchener (drums), have kept themselves busy in the studio, working tirelessly on their full-length debut. The forthcoming LP looks to continue the trio’s sonic evolution, as one of the Midwest’s best rock outfits shoots for something even more special.

Catch Stay Outside on tour throughout the country later this year. ~ Topher Parks, TUNED UP 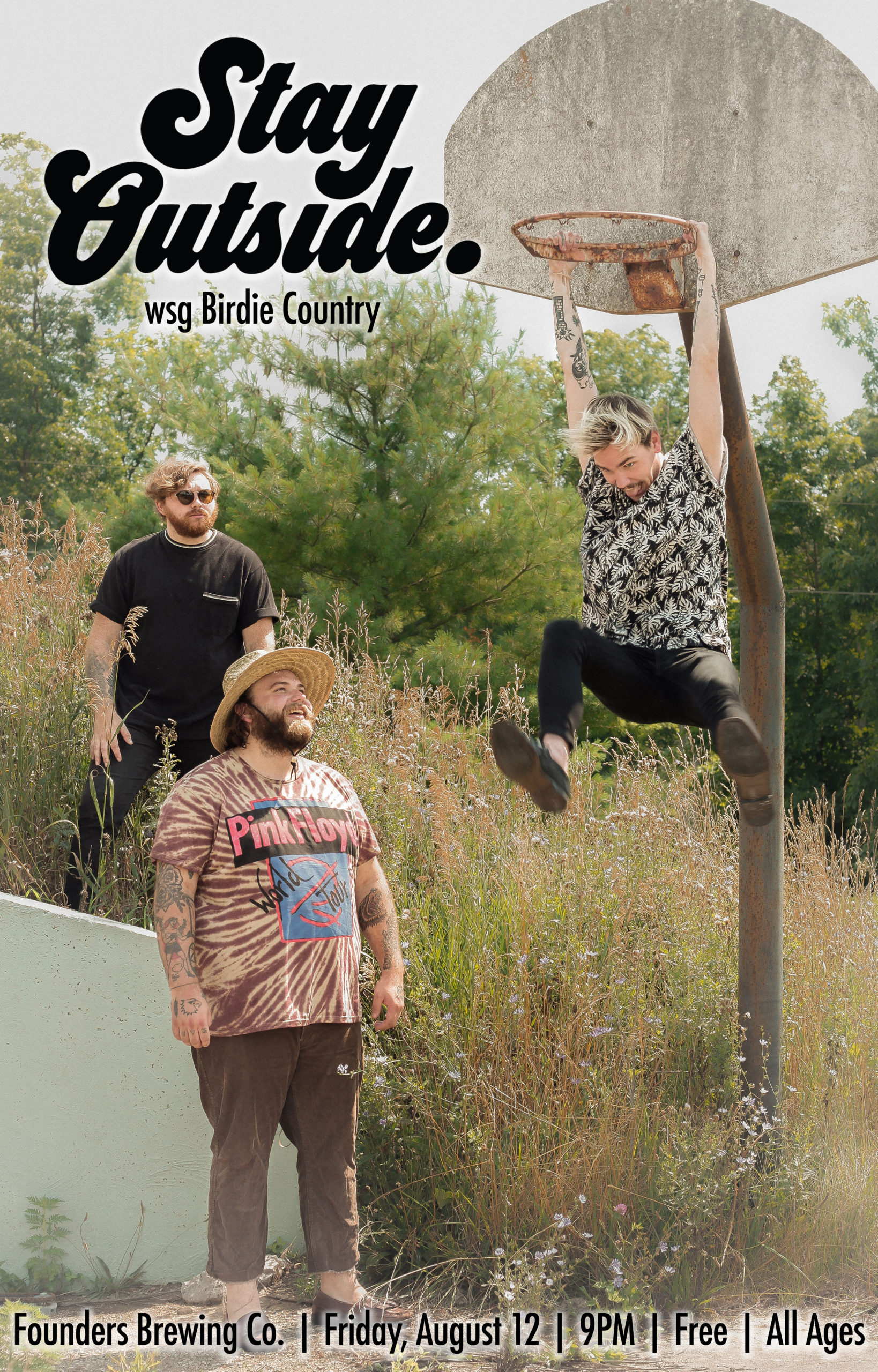