2013 was an explosive year for THE SOUL REBELS. After riding high from a blowout CMJ Showcase at New York’s Highline Ballroom, packed shows at Austin City Limits, The Soul Rebels returned to their hometown of New Orleans to play as the house band for the nationally televised 2013 NFL Honors Awards Show hosted by Alec Baldwin on CBS Superbowl weekend. How do you follow up a show like that? As only the Soul Rebels can, with three sold out nights at New York’s Brooklyn Bowl and festival spots all the way from Australia to Indonesia . The Soul Rebels brought the party all over the world, three tours of Europe and a tour in Brazil, And the party’s just getting started. 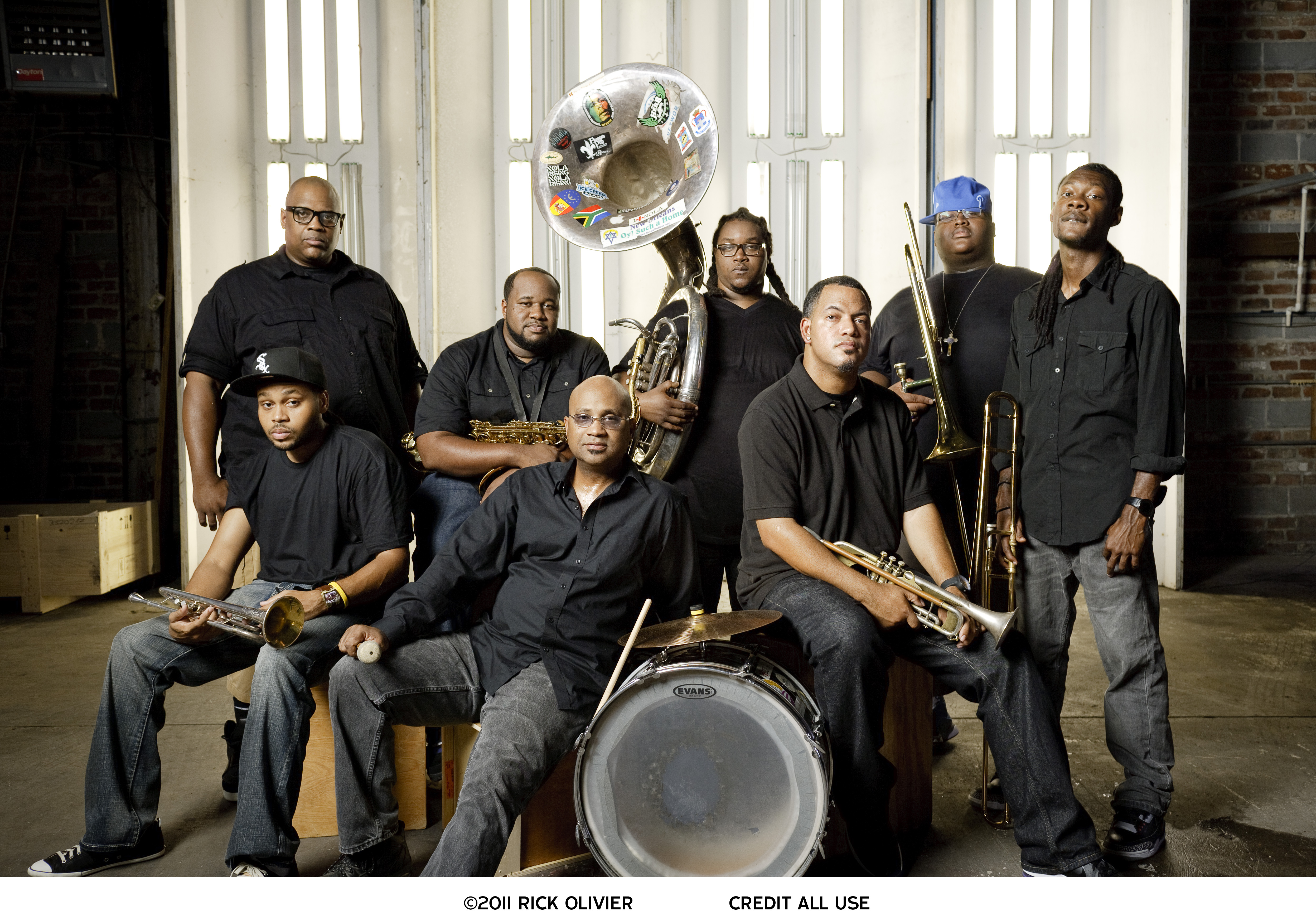 The band came to be when LeBlanc and Moss met as percussionists in New Orleans’ iconic Dejean’s Young Olympia Brass Band. The two were steeped in the fundamentals of New Orleans jazz, but inevitably, contemporary styles of music began to catch their attention. “We wanted to make our own sound without disrespecting the brass tradition,” LeBlanc recalls, “so we knew we had to break away.” They found a new direction when they spun off and formed their own band and set out to make the music they wanted to make.

Graduates of university music programs throughout the South, the group took the marching band format they had learned in school and incorporated influences from outside the city as well as R&B, funk and hip-hop – especially through half-sung, half rapped lyrics.

“Most of our originals have vocals,” says LeBlanc. “You wouldn’t have done that in a traditional brass band.”

Soon, the band’s contagious originals and updated takes on standards won them a loyal local audience but it wasn’t until an opening slot for the Neville Brothers that they got a name. Backstage before the show, it was youngest brother Cyril Neville who first called them “Soul Rebels,” and set the band in motion for all that was about to come their way.

Since those days, the band has settled on an eight-piece lineup that can be heard on their international debut release Unlock Your Mind. The Soul Rebels have built a career around an eclectic live show that harnesses the power of horns and drums in the party like atmosphere of a dance club. Their weekly show at Uptown New Orleans spot Le Bon Temps Roulé has been known to erupt with the kind of contagious, shout-along musical mayhem that the Soul Rebels bring with them wherever they go!

On their travels, the Soul Rebels shared the stage with notable artists from many corners of the music world, including Metallica, Green Day, Maceo Parker, Galactic, Karl Denson, Slick Rick, Suzanne Vega and David A. Stewart of the Eurythmics, as well as billings with Kanye West, Snoop Dogg, Arcade Fire, Alabama Shakes, Estelle, Seal, Cee Lo Green, and Dr. John among others. The Soul Rebels have been a mainstay at festivals all over the world. From the Bonnaroo main stage and the New Orleans Jazz and Heritage Festival, to Electric Forest and the Antibes Jazz Festival, to recent festival appearances at the Perth International Jazz Festival in Australia and the Java Jazz Festival in Jakarta.

2013 saw the release of The Soul Rebels mixtape ‘Power = Power’. Premiered by Noisey, the tape includes renditions of songs by Jay Z, Drake, and Kanye West. There’s also a take on “the song of the summer”, Daft Punk’s “Get Lucky”. 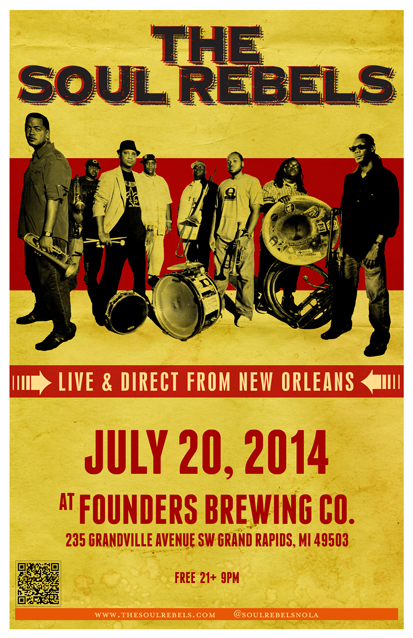