The band met in 2007 and rapidly evolved into a national-touring live act. Known for their HUGE sound (created by only three members), the band has won over crowds with a captivating stage presence and tight musicianship. Rooted by old school funk / hip hop, the trio explores electronic dance grooves while infusing each tune with soul and positively charged lyrics. Sophistafunk is a multi-genre tour de force, jam packed with vintage tones and live instruments. 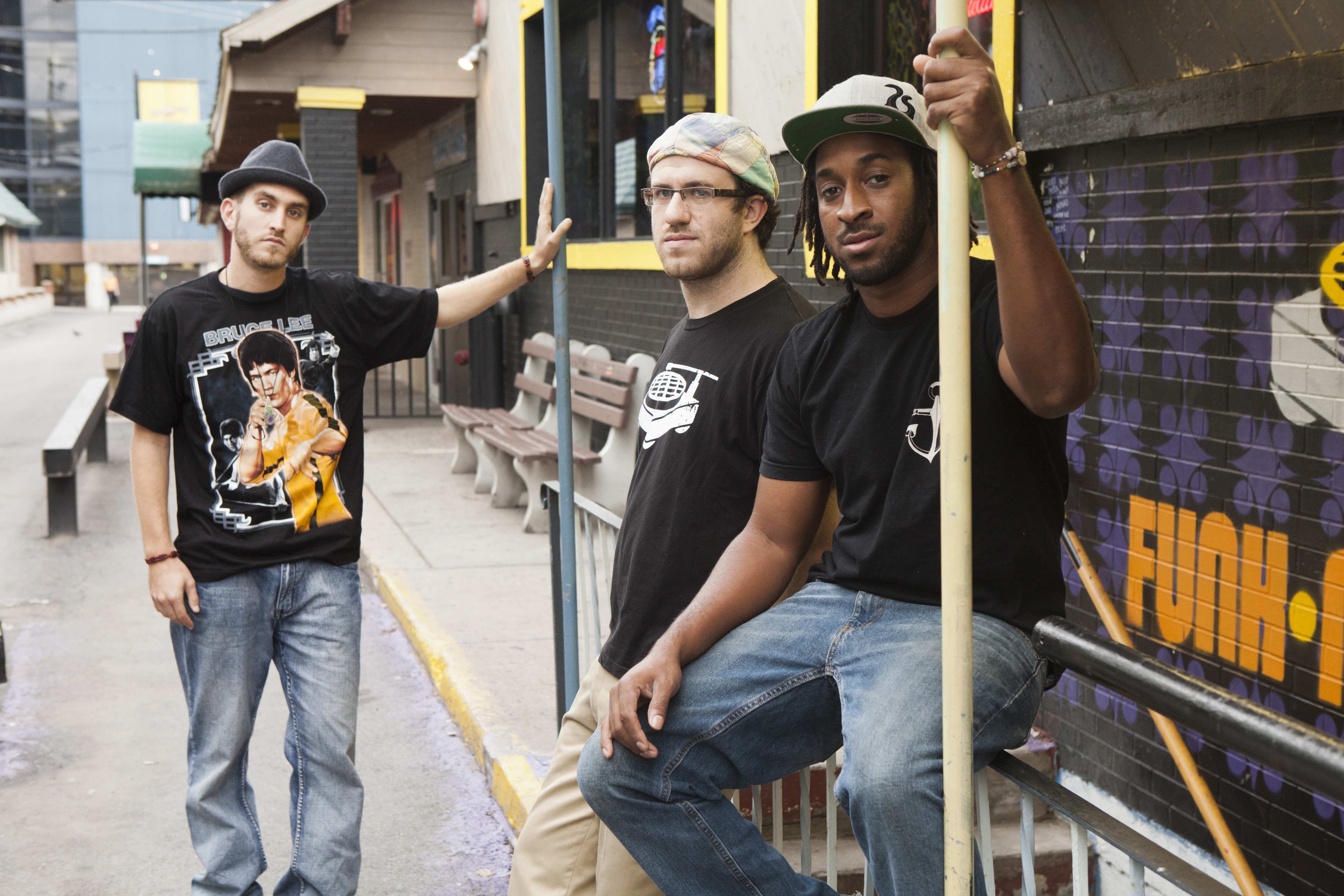 For six years, this road warrior band has been hitting the pavement and blowing minds across the United States. They’ve collaborated live with greats spanning Bernie Worrell (Parliament/Talking Heads) to Nikki Glaspie (Beyonce/Dumpstaphunk) and were featured on Diners, Drive-Ins and Dives when Gold’s restaurant and music venue, Funk n’ Waffles, was featured on the show on December 25, 2012. Host, Guy Fieri, dug the band so hard, they’ve since played his birthday party in Santa Rosa, CA and became the first band ever to play the International Home and Housewares Convention in Chicago, IL on March 3, 2013, by Fieri’s personal request. 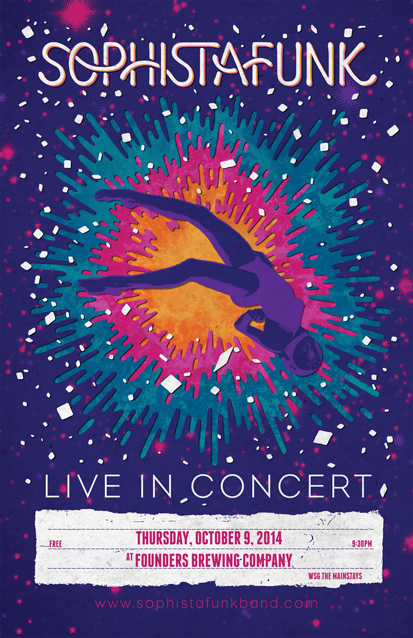