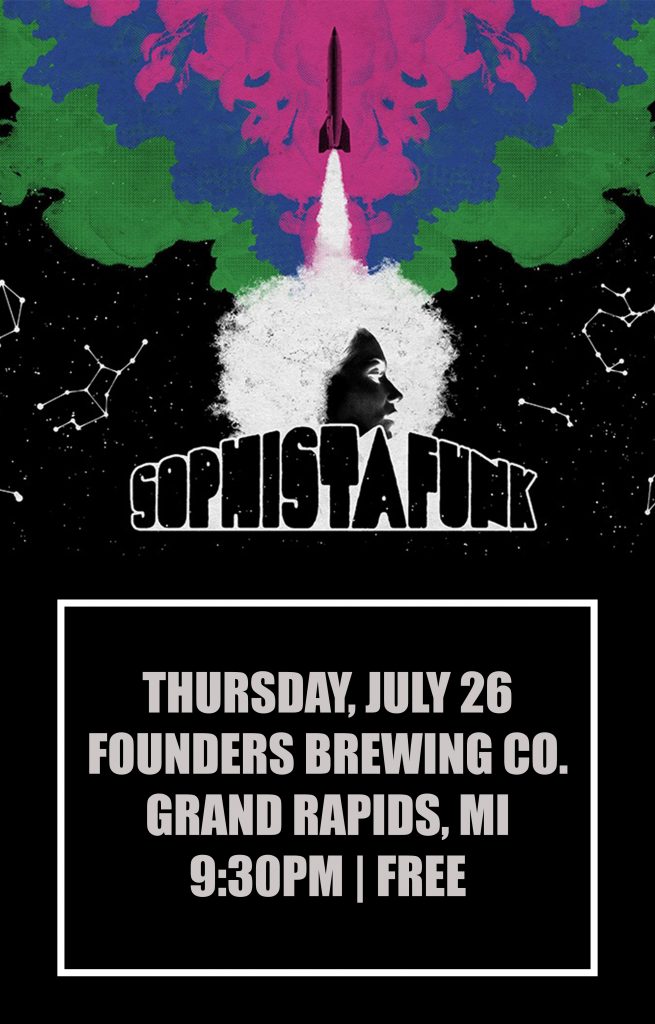 Sophistafunk
From their home in Syracuse NY, SOPHISTAFUNK has been traveling from coast to coast and overseas since 2012. This band is known for their HUGE sound, dank beats, heady flows, and analog soul. Singer/beatboxer Adam Gold plays four keyboards at once, melting faces with synth bass lines and vintage tones. Drummer Emanuel Washington ignites the dancefloor with pocket grooves and smooth vocals. Energetic front man Jack Brown mixes old and new school to create his own revolutionary brand of lyrical artistry. Together, they combine into a unique blend of live hip hop, funk, and jam music, often featuring live horns or other musical guests.

The Mainstays
The Mainstays are an original funk n roll band based in Kalamazoo, MI. Featuring Andrew Schrock (singer/songwriter), Dutch Conway (bass), and Nate Heymoss (guitar) of Michigan’s funk/dance band Funktion, the band draws heavily from the groovy elements that made Funktion a bonafide dance party, while crafting dynamic, insightful, and almost folk-influenced songs. Half-beast/Half-man Paul Bauer behind the drum kit and the downright dirty playing of Tom McRockin Eldred (BMF Band) on keys bring the sound fully together, and provide that elusive answer to your missed connection. 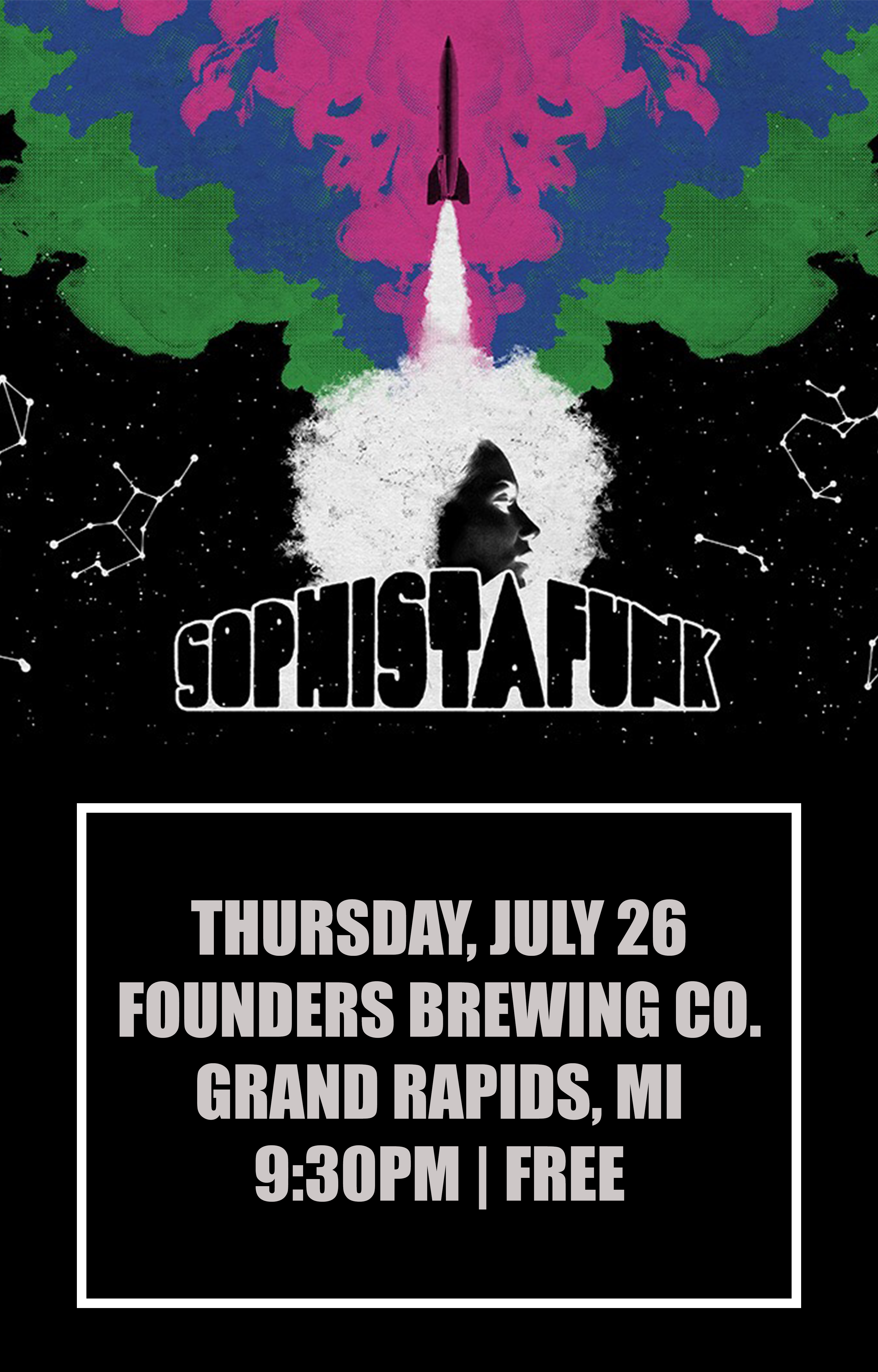