Sidewalk Chalk continues to lead the contemporary evolution of hip-hop, soul, and jazz. The band’s third album, Shoulder Season, is compiled from seven live performances across the US. Its title signifies transition, a time in between two places, a feeling of expectation for what is to come. Sidewalk Chalk’s roots are firmly planted in Chicago where all eight members bring their respective talents together to update a sound first heralded in the Native Tongues era but never so musically diverse. The group’s unique arrangement allows them to incorporate numerous styles seamlessly: an MC and female vocalist; a trio of keys, bass, and drums; a horn section with trombone and trumpet; and a tap-dancer.

Following their sophomore album, Leaves, and their debut release, Corner Store, this new album finds the group venturing into more cerebral musical space, accompanying songs about the duality of our lives and our world. The essence of each performance is captured, with electric and energetic crowds playing as much of a role on the album as the band itself. 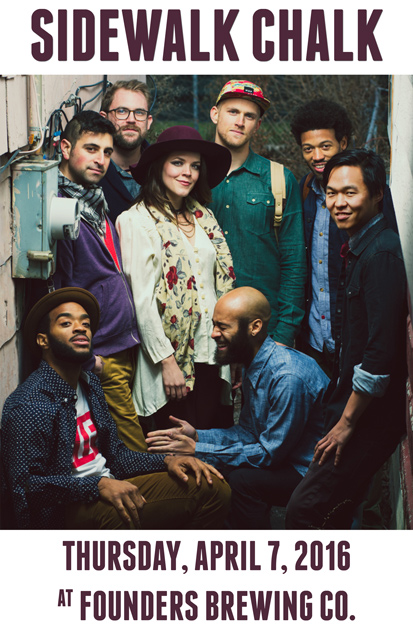